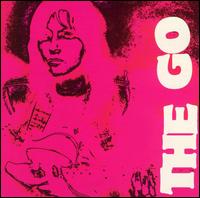 Tweet
I've looked, for over an hour, for information about The Go, and it was a bitch. I mean, fuck, they're named The Go. Try an internet search. On Google, this query unearths approximately, and without hyperbole, 346,000 results. And I had even put the little quotation marks around their name!

Well, it seems somehow fitting, because of what wee little information I've heard about these Detroit garage-rockers and been able to gather (finally!) from their tiny website, obscurity is a companion they've woefully been trapped with for a while. On top of their habillements of unknown-ness, they've also been hopelessly overcast by Jack White's enormous red-and-white shadow -- and, to put the final threads in the cloak, so to speak, they love the garage-rock, and the unlikelihood of distinguishing oneself from the mass by being a garage-rocker hardly needs mention. Which is unfortunate, because The Go have been (pardon the pun) going at this far before Jack White ever soloed his way into the mainstream stratosphere (and out of the group, incidentally -- he used to play for them), and far before the Strokes were petted to death by every major critical source known to mankind.

And yet, in a kind of odd emulation, their album cover/insert, and all of their artwork, is a combination of red, white, and black, and sure enough, they thank Jack White in their liner notes; Mr. White brought The Go on tour with him at one point or another and jammed on the old electric for them once in a time far, far back.

Naturlich, half of being unknown is a matter of unfortunate chance -- The Go released this self-titled album two and half years later than might have been more commercially lucky. But there's a reason that the Von Bondies are so successful while these peers are not; you can feel the Bondies bursting with energy and enthusiasm, even if their songwriting is no better than Go's lead man Bob Harlow's. The Bondies are garage-rock revivalists, but they're more serious about the "reviving" part of it than the "garage" part. On the other hand, you have The Go, who sound like a group of relatively seasoned garage-veterans who are just oh so slightly tired, even though this is only their second album. Harlow, lead vocalist and guitarist, is smoking and blank-faced on album's cover, and his eyes are slightly downcast on the back; he looks fatigued, and much of the album exudes it, despite its obvious qualities.

Thing is, Harlow actually writes some really good songs. "Capricorn," a wise opening choice, seethes with lo-fi, distorted attitude, raucous power-chords kicking the song back to the early 70's, mingling drug-hazed memories of the Stones, the Stooges, and even T. Rex. It licks into a smart chorus, Ken Tudrick's distorted electric guitar mimicking the smoke-ringed vocals of Harlow and bassist John Krautner as they careen into the upper ranges, giving off a faint odor of Marlboros and scotch. "Summer's Gonna Be My Girl," a clear album highlight, runs like The Rolling Stones recorded in an underwater cave, and Tudrick's riffs often bear more than a passing resemblance to good old Keith's bluesy guitar licks. "American Pig," with its clean keyboard hook and rollicking shout of a chorus, "Is it good to be beautiful," wheels about with sweet attitudinal '70s vibes. For the most part, The Go work their largely three-chord garage ethic to solid effect, constructing many good hooks, and some forgettable ones. Occasional stumbles like the nigh-hookless "Games," with its eminently forgettable and almost unintelligible lyrics, don't crack the overall sturdiness of the album, the consistency of which is at once reassuring, if a little safe.

Yet, what seems to be an album of relatively safe formulas is really the product of consistent skill and a well-worn background in the classics. The Go work simply and effectively, their bass lines solid, bobbing affairs, their guitars always deep in the blues and good, homey rock and roll, and their drumming restrained and reliable. The yield is a batch of impressive tracks that sound "let's-get-together-and-jam" spontaneous, but don't ring with the balls-out energy of those garage bands that are more successful. Part of the reason is the band's production, which, while staying low-fi and true to garage roots, sounds dated; The Strokes have garage-production, but it's updated garage production; the elements are isolated and fairly loud, giving them a solid amount of hutzpah. The Go's production unfortunately, though perhaps intentionally, makes their recording onto a compact disc seem like a waste; sound quality like this could come from your dad's old tapes.

And fundamentally, that's the final word on The Go. It's a lot like finding your dad's old early 70's tapes in the basement, tossing one in the deck, and rediscovering the kind of old-fashioned to-the-guts rock and roll that seems to just now be coming back into public taste. Ignore the heavy amounts of fuzz and murk, or embrace them, and you've got a classic that's exactly thirty years after its time. Some would pan it for that very reason, some would adore it in the face of all of this novelty-dance-fabulous-synth-punk-disco nonsense that's become so ridiculously in vogue. I'll just say that for an album that's nothing new, it's nothing less than an excellent, reliable success of a rock record, and proves these guys shouldn't have to be haunted by obscurity. Now pass me that bong, gimme my guitar, and crank "Summer's Gonna Be My Girl."