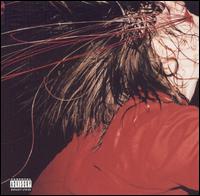 Normally, I would immediately dismiss anything from the past five years that has anything to do with straight-forward rock music. In my opinion, rock that doesn’t set out to accomplish anything new, especially in a standard, punk/hard rock influenced guitar-bass-drums-vocals format, is. . . well, there’s only so much that can be done with it. But every now and then you come across that one band, much like that strangely considerate homie that causes you to realize that you’ve been an irrational fuck for hating the collective. Icarus line is that homie. (After that analogy, I will totally understand if you’ve stopped reading, or at least want to kick my ass).

Understand that even if this type of music isn’t on your everyday listening list, Penance Soiree is good. And even if they didn’t break too much new ground, there are more than enough reasons to give Icarus Line a chance. Penance Soiree is what Led Zeppelin would have sounded like if they had more addictions, no money to pay for them, and if Robert Plant’s penis stopped working without warning. Penance Soiree is everything dirty and vile about rock music.

The songs on Penance Soiree are usually short, with driving power chords and ridiculously fluent transitions made of distortion pushed to the verge of feedback, like the screaming note that is bent to the brink of string-breakage, perfectly complimented by Joe Cardamone’s gritty harmonizing howl, “Prevent awareness!” in the chorus of “Spit On It.” But it’s not always fast, noisy, and short. “Getting Bright At Night,” for example, is a nine minute, uh, love song, or resignation from love song, (Cardamone tends to be pretty ambiguous most of the time) done in the most unorthodox, strung out kind of way that I can imagine. That is, the most unorthodox way short of saying “Girl, let’s get high and fuck.”

Icarus Line not only displayed their straightforward approach on Penance Soiree; there’s some guitar experimentation, mostly done in production, but there are also a few pretty innovative guitar riffs, much like the one described above in “Spit On It.” The most obscure moment on the album is “Meatmaker,” an industrial song. It’s made up of a quick electronic kick pattern with spastic guitar stabs and the quick but hard to follow story of a drug user.

Icarus Line is going to always tell it like it is, no matter how horrible “it” is. Social failures of all varieties need music too, and Penance Soiree might as well be the manifesto of a junkie who doesn’t give a fuck about what you or anyone else thinks, and it may very well be just that.