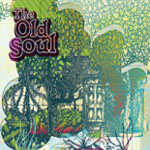 Tweet
There are certain new albums that I can hear thirty seconds of and know immediately will be lodged permanently on my iPod’s “Most Frequently Played” list for the remainder of the year, if only by virtue of the fact that they sound exactly like everything else I listen to. Last year featured a consortium of these kinds of albums, some of them great (Apologies to the Queen Mary, Clap Your Hands Say Yeah, Alligator), but most of them pleasant but forgettable rehashes of decrepit genres (Art Brut or Editors, anybody?). It’s music that I like without even thinking about it, but it leaves me feeling guilty about giving it so much time – why bother with it when that Gang Gang Dance album and that burnt compilation of Beulah outtakes is just collecting dust in the corner of my room?

The self-titled kinda debut from Toronto’s The Old Soul is just that kind of album: a highly agreeable trip through the stoner-pop canon that says nothing new but says it in a consistently engaging, likeable, and sonically inventive way. The album at least has a notable rags-to-slightly-nicer-rags story to it: frontman Luca Maoloni originally released an earlier version of it in 2004 on his own, the product of a year-and-a-half long overdub-fest, of which only 1,000 or so copies were printed. One of those happened to fall into the hands of a Universal Records suit, who inked a distribution deal with Maoloni’s Hand of God records for this sort-of re-recording, which finds the songs re-worked for Maoloni’s now eight-piece band.

Maoloni’s many touchstones are immediately identifiable from the moment opener “P is for Protein” charges in with a sort of triumphant-but-melancholy horn motif sounding sort of like In the Aeroplane Over the Sea as produced by David Fridmann. Still, he’s hardly shy about mentioning it: the band covers Brian Wilson’s excellent “Vege-tables,” one of the album’s best songs is called “Robert Wyatt,” and practically every syllable and sound that leaves his mouth in the record’s 38 minutes seems like a reverent tribute to Wayne Coyne. But while the Old Soul might not build much upon their LSD-pop influences, Maoloni’s warm melodies and pleasantly lush arrangements lend some much-needed sunshine to these gloomy winter months.

And to be sure, there are some beautiful moments -- “Boobie Trap” rides a stunning MBV-meets-Grandaddy vibe for the verses before suddenly transitioning into a giddy acoustic strummer and then back again, the kind of song that’s instantly enticing on first listen but requires at least half a dozen more to catch up to. The aforementioned “Robert Wyatt” utilizes a disorienting combo of multi-channeled “ba-ba-ba's” over off-tempo guitar strumming and makes it almost campfire-ready, if that campfire was built in Queen’s Park and was attended exclusively by acid-warped hipsters. The album’s six-minute centerpiece “Take Care & Brush Your Hair” is its real highlight, moving confidently through constantly-shifting textures with a real sense of purpose; it’s the only song on the album that’s as much of a success in its songwriting as its production. Even the record’s three almost-instrumentals don’t feel tacked on, and are interesting (and brief) enough to hold your attention each time through.

So while The Old Soul is awfully derivative and not necessarily solid the whole way through (the down-tempo “All My Godz” feels tossed-off, and the crunching “River of Daughters” actually may be more lo-fi than it needs to be), it’d be a worthwhile soundtrack to any outdoor bong session you find yourself in this summer. More interestingly, despite their many obvious homages to music of that ilk, The Old Soul largely lays off on the uber-communal hippie-child shtick that frightens away so many dissenters of The Flaming Lips, Animal Collective, et. al, suggesting that perhaps Maoloni might have something more substantial to say once he’s done listing off all his influences. For now though, The Old Soul is a nice addition to the burgeoning Toronto scene, and their record is an engaging genre piece that quietly hints at more transcendent possibilities for the future.