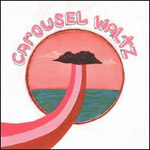 The Robot Ate Me

Like many carousels, even those with ponies that move up and down for the bigger kids, the staple amusement park ride is something to graduate from. Toddlers anxiously spin round and round only to temporarily quench the urge for bigger and faster; young couples cuddle and coo inside the carousel’s lovely pace, but only before they start having sex; the elderly enjoy the carousel’s soothing spin, lulling deliciously to sleep, but this is only a prelude to or a fantasy of their death. Inevitably, the sameness will be abandoned.

The Robot Ate Me, primarily the brainchild of San Diego’s Ryland Bouchard, has composed something of a carousel with their sophomore record: a pleasant, dervish-lite travelogue of going over Bouchard’s pain again and again. And, like the recent resurgence of the Eels' Mark Oliver Everett, Bouchard’s output is a pop approach to tragedy, the death of two close friends serving as dirt and impetus behind gleefully hopeful ditties. And, like E, much of Bouchard’s dealings with such excruciating pain end up, well, dwelling in all the same, sounding the same.

Carousel Waltz was recorded from July of 2004 to November of 2004 when Bouchard holed up in a bedroom --- assumingly his bedroom, although that would be funny to think he usurped someone else’s living space --- and put together a lo-fi dreamsicle of shambling acoustic guitars, plaintive oohs, swampy aahhs, muted trumpets, and a tabernacle of oboes and clarinets. For the most part, these parts are pieced together with a sixth sense bordering on scientific method. Synths and clarinets glue together to paint a tarmac underneath Bouchard’s half-falsetto warble and his trusty (see: boring) drum loops, only to slip away before actually registering. Then he seems to lose some traction (a flute tries to slow him down, an accordion whines for him to keep going), skidding on brushed acoustic guitars and tape hiss silence, but he rights himself and continues the trip before the audience can begin to worry.

Even so, the most successful songs on Carousel are those that share a cosmic bop and variety with RAM’s first, better, and more manic debut, They Ate Themselves (2002). Check out the cavalcade at the carousel’s mid-point. One pony, a black stallion with a pompadour, “Tonight” is the first song on the album to pull a sweet bass boogaloo from the murky background and force the echoed female chorus and snipped snares to spread out, get funky, speed up, and collide with Bouchard’s words instead of giving up, sidling over, and going fetal like so often on the album. “Lately” follows, sniffing at “Tonight’s” confident tail, rumbling into a spaghetti western that rolls into sixties retro soul when muted trumpets are only muted by the limits of the speakers that contain them. “Interlude” doesn’t go up and down on a pole, but it does stand all four legs in a plaster boat, a favorite among riders simply because of its fantastical quirkiness. Chimes float and white noise greens under the water. Last, there’s “Just One Girl,” which looks a lot like “Lately” but comes with a fanfare of regal horns all saying “Bah-bum, bah-bum.” It’s a kick.

Otherwise, the majority of Carousel just plain sounds the same. It might as well be the same pace, might as well be in the same key, might as well be the same vocal melody over and over; it's a carousel if there’s ever been one (and there has). The ride’s sweet, and there’s something to be enjoyed in Bouchard’s ability to never go sour, despite the conceptual catharsis of his album. In fact, Bouchard almost reaches a breathtaking intimacy, even with terribly bland lyrics, during delicate closer, “Hi, Love,” but a range of obligatory arrangements ruin the space. Sorry, it’s just not too convincing to keep joy and pain so muddled by monotony, spinning them closer and closer together, because there will be no where to go when the ride’s over and the kids want horseys with sharper teeth.