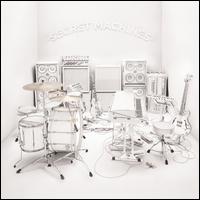 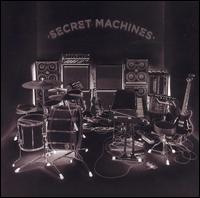 The Road Leads Where It's Led EP

Tweet
It took me the longest time to accept the Secret Machines as anything more than an elaborate marketing scheme with some good guitar chops. That was unfair of me, of course, and given the quality of their major-label debut, Now Here is Nowhere (2004), the band proved me considerably wrong. Then, of course, I had the blinding, Interpol-upstaging, even-longer-guitar-solos live show to truly melt my little brain and convert me. Upon receipt of their latest release, the EP The Road Leads Where It’s Led, I swiveled my desk lamp toward my eyes, pumped the volume, and prepared to be blown away.

Unfortunately, it’s just not that sort of EP. Actually, it’s more the wince-inducing, pointless fluff sort of EP. The problems are pretty clear from the get-go: why choose “The Road” when you have an album with at least two or three better songs? I suppose the condensed version of “Road” has a shot at single status, but both “First Wave Intact” and “Sad and Lonely” beat it out, not to mention the title track from the LP. Then we get one more original, “Bring Your Friends,” which, at just over three minutes, is their shortest song since September 000. The song’s first half lets Ben Curtis thrash away on his guitar, and that's satisfying enough, but it doesn’t make up for the strange quasi-disco breakdown in the second half.

The rest of the EP consists of covers, with distinctly mixed results. Curtis’s voice seems a good match for the cover of “Astral Weeks,” and their space-prog approach suits the song well, especially Josh Garza’s impeccable drumming. They choose to go from Van Morrison’s arguably finest song (Ed: cough, "Madame George," cough) to “Money (That’s What I Want).” Yeah, it’s the song you think it is, and no, it’s not awesome. It’s bad, bordering on terrible. The fault's not just the banality of the source material; it's the approach that the band takes, eschewing the more pop sensibilities they displayed on September 000 and instead making the cover a plodding, over-emotional ballad. Yeah, there’s a bit of a solo towards the end, but it's no atonement for the previous five minutes.

“Girl from the North Country,” a live staple for the band, sounds just as disappointing here as it does in concert. Curtis does his best Dylan impression (which is really quite good), and the keyboards are poignant, but the song never busts out in the way you so desperately want it to after almost nine minutes of repressed drone. The acoustic guitar of the last few minutes is nice, but I’d love to hear Curtis take off on top of that crescendo around the six-minute mark.

Maybe I’d like “De Luxe” if I enjoyed Neu! or dull chanting or the German language.

The Curtis brothers and Garza are an impressive bunch of musicians, and while that fact comes through occasionally on The Road Leads Where It’s Led, it’d be nice to see it a bit more clearly and consistently. I’m never one to argue against covers, either, but in this case they all end up sounding more or less the same: plodding guitar line, short solo, impassioned lyrical delivery. “Bring Your Friends” hints at their abilities, and I’m looking forward to more originals, but as an interim offering, The Road disappoints.