1. Punks in the Beerlight
2. Sometimes a Pony Gets Depressed
3. K-Hole
4. Animal Shapes
5. I’m Getting Back into Getting Back into You
6. How Can I Love You If You Won’t Lie Down
7. The Poor, The Fair and the Good
8. Sleeping Is the Only Love
9. The Farmer’s Hotel
10. There Is a Place 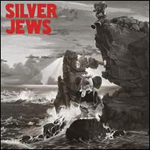 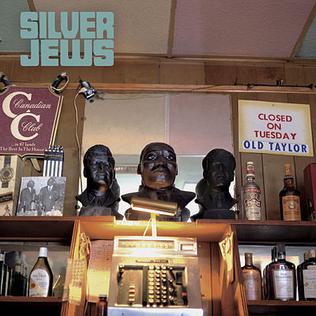 This last summer I finally managed to devote the necessary time to trying to understand, or at least appreciate, Bob Dylan. I tried to avoid the big names (Blonde on Blonde, Highway 61 Revisited, Nashville Skyline) and instead spent weeks listening to New Morning, Desire, and Slow Train Coming. I read Chronicles, Vol. 1 and tried to understand where he was coming from as I listened to The Freewheeling Bob Dylan and John Wesley Harding. What struck me most is how, over the course of 14 years (1962-1976), Dylan managed to not only create a good half-dozen of the best album ever recorded, but also totally reinvent folk music.

Earlier this year, Rolling Stone put forth the theory that Connor Oberst is the heir-apparent to Dylan’s poet-singer throne. It’s a ridiculous supposition. First, because there’s no need for such an heir; Dylan’s albums hold up just fine, thank you. Second, Oberst is a whiny little punk from Omaha without a quarter the creative drive or genius of Dylan. Third, we already have Dave Berman.

I’m not arguing that Berman’s music is really all that related to that of Dylan (even if they are both poets), or even that the two musicians exist in similar musical realms, but rather that at some basic level of songwriting and personal expression, they’re operating on a similar plane. Berman, along with Stephen Malkmus and a few others, help pioneer the '90s concept of "indie rock," but did it as an extension of country music rather than the punk that many of his peers were using. Dylan saved rock by mining folk music while starving his way through New York City in the early ‘60s. He emerged from the decade not entirely unscathed and then went on to make Desire and Blood on the Tracks, two of my favorites, with an entirely different take on music and songwriting. And now it seems that Berman has conquered at least some of his demons (and addictions) and hits 2005 wth one of his strongest and most focused albums to date, Tanglewood Numbers.

The history of the Silver Jews makes this a hard statement to justify. Over the course of their four previous albums (and The Arizona Record) Berman and his ever-shifting cast of backing musicians have made the Silver Jews the best indie rock band that no one ever paid enough attention to. Malkmus’s involvement in the band was always something of a mixed blessing, bringing both his nearly unparalleled guitar chops but also critical attention which was too quick to deal with the band as little more than a Pavement side-project. Both the beautifully lo-fi Starlite Walker and the indie classic American Water live up to anything Malkmus’s other band ever managed, and even the two lesser known albums have a magic of their own (misstep though The Natural Bridge may have been).

All the albums have their own personality, ranging from the gleeful guitar twiddling of American Water to the quiet acoustic approach for Bright Flight. Still, coming charging out of the gates with “Punks in the Beerlight,” Tanglewood Numbers is something of a surprise. None of the previous Silver Jews outings really prepare you for the raw energy and hunger of the track. Will Oldham rides a gloomy rhythm guitar under Malkmus’s searing lead, letting Berman, who sounds a good 10 years older than he did on Bright Flight, let loose with the remorseful “if we had known what it takes to get here / would we have chosen to?” It’s a far more bombastic song than we’ve come to expect from the Silver Jews, but then again this is a far more aggressive (and talented) group than have performed on any of the previous records. Most importantly, Berman’s trademark sloppy romanticism is still at the core, just now concerned with tales of “burnouts in love” and unironic declarations that he “always loved you to the max.” It’s a love song for someone who doesn’t particularly want to be in love, but who’s willing to run with it.

The group really never lets up from there—the band is always attacking and playing for keeps. There are plenty of great Berman songs that feel like they could have been so much better if only he had been playing with a really determined band (“The Frontier Index,” “Ballad of a Reverend War Character,” or even “Pretty Eyes”), and now that he’s got it he’s sure as hell gonna use it. The involvement of Cassie Marrett, Berman’s wife, is sure to draw criticism from some quarters, but she’s not only more than qualified as a singer, but it’s also silly to carp on it as she plays such an integral role in both Berman’s life and songwriting.

If anything, Marrett lends a degree of sweetness to songs that would otherwise come off as more than a bit juvenile (“How Can I Love You (if You Won’t Lie Down)”). Of course the Silver Jews never had that uncaring veneer of cool that Malkmus fostered, lending Berman’s country-tinged romantic songwriting an emotional depth that Pavement never really achieved, even with the silly songs. Tracks like the beautiful alt-country “Animal Shapes,” the clever “I’m Getting Back into Getting Back into You,” and the blazingly hard closer “There is a Place” see Berman at his songwriting peak, honing the fine line between wit and emotional honesty. On that last song, he reflects on the years leading up to Tanglewood Numbers with the perfectly simple, “there is a place past the blues / I never want to see again.” Tanglewood Numbers is the first time we’ve ever really heard him growl his lines so authoritatively, but here he nails it.

On “I’m Getting Back,” he sounds resigned to his fate when he sings “I’ve been working at the airport bar / it’s like Christmas in a submarine”, while on the sad-sack “K-Hole” he expresses his loss in the form of “I’d rather live in a trashcan / than see you happy with another man / closed sign swinging in the window of the liquor store.” His political bent on the record is hard to avoid either, letting loose on “Sometimes a Pony Gets Depressed” with the vicious and absurd couplet: “how does an animal sleep once the sun has set / bandits in the capital limiting civilian unrest.”

Counting Berman out is a bad idea. He’s clearly not quitting anytime soon, and indeed these days he seems more ambitious than ever. At a time when the sort of lo-fi, ‘90s slacker indie rock that he played such a pivotal role in building is now a few years past death rattle, it seems only appropriate that he should come back now with something new. He has moved on, playing by his own rules, with an immensely talented group of musicians, and the results are just as good as anything he’s previously managed.