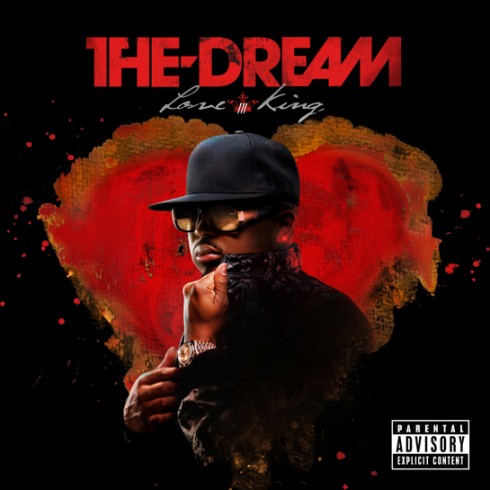 “She laughed, she knitted. Standing between her knees, very stiff, James felt all her strength flaring up to be drunk and quenched by the beak of brass, the arid scimitar of the male, which smote mercilessly, again and again, demanding sympathy.”
-Virginia Woolf, To the Lighthouse

Line up, listener, to get fucked in all three holes by The-Dream. I mean fucked simultaneously in all three by one man. To two-holed men that means The-Dream will fuck you in your dickhole: he will turn it into a vagina and fuck you in that as well as in your mouth and anus. Ludacris boasts of his “Sex Room,” but in his trilogy of albums, The-Dream has created a sex universe. A sexistence: one almighty cock on a ceaseless, endearingly Quixotic quest for holes.

Funny, then, that the tying thread of these three records is the word “love,” stretched across all three album titles and referenced repeatedly throughout. The-Dream is in love, for sure, and while it is a true-blue swooning romance it is for no woman or person or thing but the sight of his own ejaculate and its salt alone. He coos, then, to the holes that have created this ejaculate, the holes that deny or permit him entry, the holes he might someday find. Both holy holes and the whole of holes. And you, listener, shall be treated as just that.

So, hole: welcome! It’s not that bad, being fucked by The-Dream. A piece of meat doesn’t know to lament its fate, and mid-album, stuffed to bursting with dick, the listener also forgets his or herself, becomes Dream-meat (a hole). In Love King The-Dream is truly a Hole King; he is to finding and fucking holes as water is to wet, and speaking of wet…well, there’s that. This is his-dream, his airy idle thoughtgasm: to fuck everyone all the time at the same time and at the same tempo. He will, after all, tack a remix to a track right after he plays that track, right in the middle of this album’s runtime, like that makes sense. It’s just him, fucking. This is a bold move for an artist but borne purely of mid-thrust fancy for The-Dream, like a sweaty, muttered, “Flip over.” This-dream is as real as his synthesized music is, as his violently auto-tuned voice is; he finagles all sound toward one goal, one release, one final silk-sheeted spatter. This-dream is his-dream, and his-dream is holes, and inasmuch as treating the listener as a hole is the object of The-Dream’s art then his art is a success.

Because King Penis is straight fucking the shit out of you on Hole King. You should see how you look right now. On his last album he fucked you, like Eiffel Towered the listener, with his bro R. Kelly (“Kelly’s 12Play”). Here he conjures from the indigo glow of your bedroom closet Prince, full 1980s long-hair Prince, sauntering out ass-naked with his unicorn-horn-like penis leading the way, and together they slow time so much that it reverses to 1986, creating via this time travel a new universe wherein The-Dream wrote songs with Prince in 1986 so they could fuck you together, right now (present day). This song plays at regular speed, its perk in tempo and melody a clear high-point amidst all the same-sounding same-moving ass-smacking mattress music that surrounds it.

And gawd, that hyphen: so pointless but stiff, so incontrovertible, so intensely there. It’s like hanging out with an awkward tween in the throes of biological turmoil, fascinated by his sudden boner. We must be fucking The-Dream, or, rather, letting him fuck us, as a joke, right? I know people who do this, engage in the most ribald of situations with a thick veneer of self-awareness shielding them from all the ejaculate, or at least claiming afterward that that was the case, and they are deeply sad people. And so I’m okay with listening to The-Dream, all in all, even though I sort of dodder away from it all like a dazed, pummeled novice, a hint of sadness chipping away at me from the inside with sharper claws every time. All of which is to say that, in real life, The-Dream must be a completely terrible lay: selfish, self-serving, rhythm-less, joyless, over-dramatic, and over-staying his welcome as if to prove something to himself. If his albums are analogous to how he fucks—and God, he hopes so—he will continue plugging away long after you’ve lost interest but you’ll be too bemused by his clownish intensity to stop the whole thing. For his part, at least, The-Dream can be counted on to do one thing, eventually: finish.