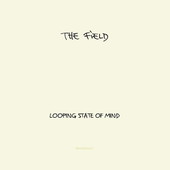 The Field: Looping State of Mind 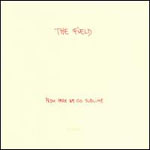 From Here We Go Sublime

March 2007: Axel Willner releases From Here We Go Sublime as the Field; it’s a buckshot sample-led album that shirks the standards and practices normally employed by fellow artists on the seminal Kompakt label.

1970s: Ski resorts become a vacation destination. Many developers call their hills “Sun Valley” or “Sunshine Village” because, apparently, people are stupid and will believe that skiing won’t be cold if there is “sun” involved. Millions are disappointed. These developers should have paid attention to trends in literature in the 1500s: endless variations of imagery that pairs “sun” and “ice” have already made their marketing strategy a tired cliché.

May 2006: The Field releases the 12-inch single “Sun & Ice”; he should have paid attention to both of these historical examples that prove pairing hot and cold together is ludicrous—especially since he soon will have another, far superior song called “Over the Ice.” Normally I’d tell you what “Sun & Ice” sounds like; however, this once-single ends up being the album track with the most clichéd title at the same time that it’s the album’s worst track. I don’t think that’s just a coincidence I need to elaborate upon.

Mid-1990s: A new critical community that grows up around electronica struggles to describe it. “Warm” and “cold,” like a verbal game of Marco Polo played by and with yourself, become shorthand for “organic” and “inorganic” or “analogue” and “digital” and any other binaries that rock geeks initially used to shit on house music. Because it’s made by computers, right?

April 2007: Do “rock geeks” even exist anymore? And I just can’t get worked up about the union of the two anymore. We get it. Electronica can be warm; it can have warmth. It has been able to be that since the fucking Theremin was invented. So when the Field is trying to provide descriptive terms for me via song titles that weren’t cool when Shakespeare used them the 8,975th time, the critic in me gets cranky. Crankily conflicted, yeah, because I really love this album, but still: is the sun melting the ice? Is the ice surviving despite the sun? What’s an “everday”? Guess what? “Silent” is the prettiest, quietest track! What is “sublime,” actually? Why do all of my favorite electronica bands have such silly 8th-grade poetry song titles?

September 2006: “Over the Ice” is the standout monster muppet of _Total 7, its undulating sighs born from Willner’s manipulation of analogue-sampled monophthongs into digitalized diph- and triphthongs. Glottic fetishists rejoice; the world of electronic music collapses upon itself; people grab the thesaurus for synonyms for “lush.” “Verdant”? “Blossoming”? The semantics provoke further arguments: “can anything grow here in the cracks between those stop/start eighth note ‘o’s?” “People keep talking about the samples but, like, there’s synths and shit here too, right?” “Who programmed these drums? Francisco De Salva?”

February 2007: Chet Betz declares that the songs of From Here We Go Sublime are too telegraphed for his taste. And I get that because these songs are all built around repetition, and they’re repetitive in the exact same way on every track, and every track has that reverb + overdubbed pads + panned across the channels backdrop, so like, yeah, this is an album you could easily hate—especially if you like things like change and development.

March 2007: Dr. Ladd-Taylor informs the students in the American History Survey at York University that at root a historical argument tells you whether something is a change or a continuity. Said students nod sagely while updating their Facebook profiles and playing solitaire. The former suggests they have lots of friends; the latter suggests they are lonely. Hot and cold, right?

1983: Lionel Ritchie makes the video for “Hello”; Ritchie plays a professor who is stalking a student who is blind. The video is hilarious; Ritchie’s in the corner absolutely crooning this mawkish song from his heart but the video editors leave in the chatter of students and the school bell. And then, during the guitar solo, Ritchie calls up Laura (his paramour) and just breaths into the phone. She, grossly, smiles.

March 2007: “A Paw in My Face” samples the guitar solo right at the point where Ritchie looks most creepy in the video, breathing heavily into the phone with what he probably thought was a “forlorn” face but actually comes off more like “any given pathology.” The song is a good example of where Willner really excels. While the drum programming is.simple (to be polite), the synth work that augments the guitar line gives it a lot of color. By which I mean, there is change here—Willner’s a very quiet monster on the LFO—but it’s just very quiet change. You have to pay attention to hear it. On the other hand, even if you’re not paying attention you get that weird effect when the tone of the song changes so gradually that you might be surprised when it grabs your attention again. Revolution by eating at the walls of his own synth sounds.

1959: The Pink Flamingos record “I Only Have Eyes for You.” Apparently Willner is obsessed with songs about love and loneliness and blindness. The song is about “a blind kind of love”; dude can’t see anything else but his “Laura”; Ritchie’s Laura can’t see him. “From Here We Go Sublime” beatmashes the shit out of the song (I can’t tell if he’s just using the Traktor function, but I wouldn’t be surprised) until he lets the sample spin out on its own. It’s a haunting way to end an album which I now suspect might be about stalkers.

March 2007: “Silent.” The chopped up sample that opens the piece is undercut with a really bright kick; the real hook of the song, however, is that lower refrain that echoes the high sample that runs over top. The way Wilmer has chopped these three puzzle pieces means that each one changes the momentum of the song every couple of measures; the way he builds percussion around those shifts to both augment the changing tone and maintain the continuity of his repetition is brilliant. In the back, more LFO envelopes make synth pads lick at the heels of the samples; the songs gets more intense even though it seems like nothing has changed. Similarly, “The Little Heart Beats So Fast” might be the most danceable track here; it’s also one of the best. The samples are neat (coital noises? There’s singing too; I’m not sure where it comes from). But the flanged patch in the center channel and that groovy synth bass are what push it along, and the descending note pattern (Willner reverses an A chord) on the quarter notes that hits V-III-I-I frontloads the measure with giddy ecstasy before realigning ‘round the tonic. Brilliant stuff.

April 2007: Point being, this album is a series of contradictions that aren’t really contradictions at all. And though it might be a little too self-satisfied for pointing that out (where is “here” and where is “sublime”?) the basic thrust of the songs (it’s the same for each one) works most of the time. Especially if you’re big on continuity.