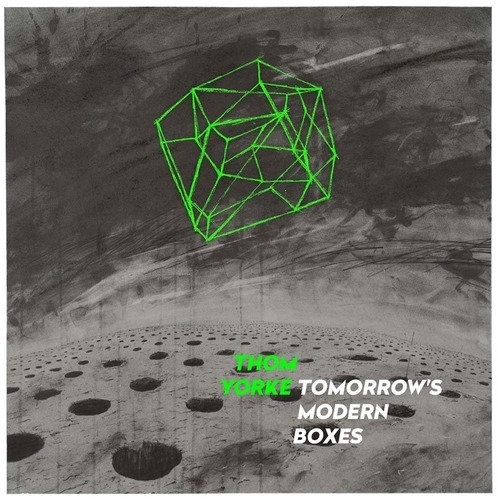 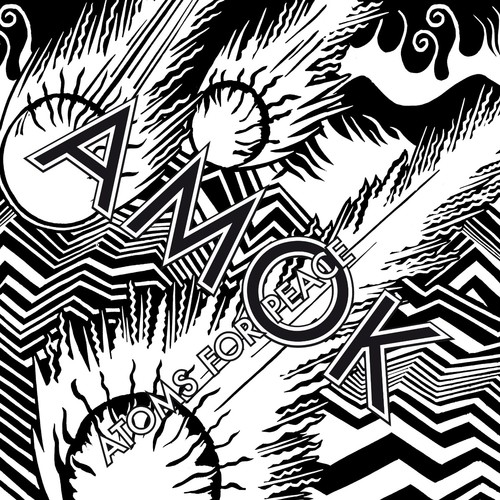 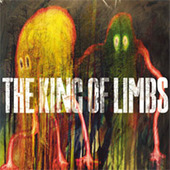 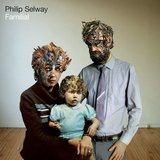 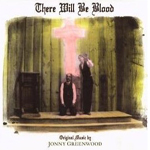 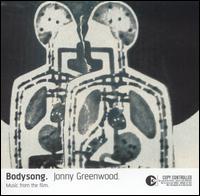 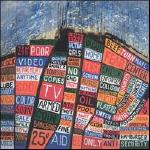 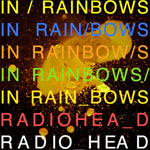 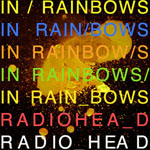 (I stare at the screen, stage fright overcoming me, wondering how to broach the subject. I could start with some context. I could discuss Radiohead’s discography. I could talk about solo albums in general. I could lie. Sweat beads. There’s gotta be some way to cushion the blow.)

The album’s pretty good. Yeah, just “pretty good.” The title track rocks wide-open piano pulses and a decent hook; “Black Swan” features winding guitars and a bullshit-free chorus, Yorke simply intoning, “This is fucked up / Fucked up”; “Harrowdown Hill,” despite its muddy synth washes, features the album’s most indelible vocal performance and a surprisingly funky slap bass line. “Atoms for Peace” takes five minutes to do what it came to do, but it blooms delicately, Yorke and Godrich up to their old make-the-machines-sound-organic trick again, drones accumulating like lovely lines of sound.

And that’s about it. The rest of the album is as bad as it could possibly be (meaning: not very), with Yorke recycling lyrics wholesale and the duo churning out half-baked production ideas. “Cymbal Rush” sounds like it was done in an afternoon.

So the album’s not that good. But by that, in this case, it’s worth noting that I don’t mean some nebulous standard that The Eraser falls short of. This is one of those fortuitous occasions when the critic has a steady measuring stick, and when the poor artiste has to rabble against expectation. The “that” in this case is obvious. “That” is Radiohead. And The Eraser is not Radiohead good.

So that cat’s out of the bag. Sorry for all the deletions and jumps up there, but The Eraser really isn’t that interesting of an album to review, per se. It’s just…aight for me. Musically, it is frustratingly adequate, at times mildly engaging, at times merely mild. What The Eraser does, more than anything else, is distance the listener from the Radiohead discography, and from this vantage point lines can more easily be drawn, trajectories traced, conclusions made. This is the only aspect of the album that people will really enjoy (the music being so tepid), and when people say that they like this album (there will be many), it will be because of this. One listens to the record and places it neatly in the discography, finds it either the heady destination of Kid A’s electronic wanderings or the nail in the coffin of the band’s glory.

Greenwald digs it, and I feel where he’s coming from. Here, after all, is Thom Yorke being Thom Yorke; no longer do we have to feel guilty saddling our adoration for his band solely on him, wondering what contributions the band made to The Album (whichever one) but still unable to check our tendency to give all the credit to the lead singer. This fact makes listening to The Eraser fun, but it’s not a fair way to review a record, which is where the problem arises. How does one review a Thom Yorke solo record?

Reviews will be divided on this line, assessing The Eraser either a) in a vacuum, as a solo debut, or b) in context, as part of a greater discography. On its own, as I’ve already said, it’s completely passable and wholly unremarkable. I’m not sure I’d still be listening to it if I weren’t reviewing it, but I certainly wouldn’t mind it coming up on shuffle, either. Unfortunately, this lukewarm duality persists when the album is placed in a Radioheadian (OED: call me) context. Sure, it’s easy to read more into the lyrics, to dive into the sonic textures with greater relish, when we draw lines connecting melodic phrases and percussive flourishes back to The Big Three. God, I fucking adore those three albums, just like you do, but what made (and makes) them so endlessly fascinating is the space between them, the areas of artistic growth. This is the persistent thrill of a new Radiohead record: how have they grown this time? Even when they don’t (Amnesiac and Hail to the Thief), we the fans still draw conclusions and forecast. Critics (also all fans) have predicted, more and more fervently with each passing Radiohead album, that there would soon be an all-electronic, guitar-free Radiohead; The Eraser is that album. Many of this album’s proponents—maybe Greenwald, too—like it for this reason, the way it settles in the greater discography.

But that’s the problem: it just settles. And it does so quickly, on the first listen. There’s nothing to wrestle with, no underpinning sonic dilemma; nothing needs reconciled. I’ve always preferred Amnesiac’s songs over Kid A’s, so I listen to album five more, but I realize that Kid A had to come out first; it’s the more compact statement. It made the transition from OK Computer more shocking. Says Baban, CMG’s resident Eraser hater, “Even if the songs on The Eraser weren’t infuriatingly underdeveloped, even if they’d been fleshed out with a few more obvious melodies and bridges etc., the material would still be batting around in the same wet paper bag, no ventilation room, just negative feedback and depleted inspiration.” Putting the album in context gives it loftier company, sure, but that sword cuts both ways. The album is a pebble compared to the mountains Yorke helped build. And while it’s unquestionably reductive to call something like “Black Swan” uninspired, Baban’s right: the album’s a snore.

Yorke set himself up as an artist that released shocking Albums that functioned as shocking Statements, and Baban is fair to hold him to that. The band began to veer from this mission with Amnesiac, abandoning cohesion and experimentation altogether by Thief. Some in the critical establishment still cobbled together a political message from that last record, ignoring that it was the identical political message of the band’s past three records, while others obstinately viewed Thief as a “bridge,” refusing to recognize that despite being a strong collection of songs it still showed an increasingly slowing trajectory. It’s hard to admit that the public may have finally caught up with Radiohead, that there is nothing they can do to shock us anymore. The Eraser seems to offer the best evidence yet that the ride is over. You will know exactly what I’m talking about the very first time you hear the record. This is the problem.

But unlike Thief, a collection of songs that, despite their individual quality, had all the consistency of a greatest hits record, Eraser strives for thematic greatness. Thief was no Statement, but Yorke and the band didn’t really seem to want it to be. But the sonic consistency of The Eraser, coupled with ambitious promotional interviews, give the tepid resulting album the unmistakable air of a failure. Here’s what I’m getting at: with Thief, the critics reached too far, imbuing the album with meaning and gravity that really weren’t there; with Eraser, it’s Yorke who’s reached too far, making an album of stolid self-importance backed by wholly unremarkable blips and tweets.

Check that interview link up above; it’s interesting enough (despite the oddly raffish journalist), and those looking for a more thorough textual reading of the album will be appeased. Interestingly, Yorke refers to making the album as “a relief,” and it’s hard not to hear that and think of this redundant album and not conclude that the title of the album refers to the album itself, that its production was a purgative process for Yorke. Here’s hoping: perhaps album seven will herald a refreshed creative alchemy, Yorke finally rid of these fiddling synthesizer ghosts, the band reenergized, the Statement novel and urgent, the Album a blazing sonic creed. Maybe all those critics who predicted an all-electronic album will be sated, and Yorke will be, too, and he can stop tugging the World’s Greatest Band toward this too-obvious pitstop, and, mission accomplished, the World’s Greatest Band can leap off to somewhere baffling and wonderful and new.

I really fucking wish this album was better.