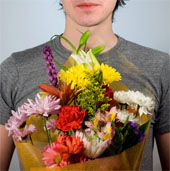 I miss the Harlem Shakes. They were a preternaturally talented band with loads of unfulfilled potential, and responsible for one of the strongest straight-up indie rock albums of the last decade, 2009’s Technicolor Health. When I interviewed Shakes guitarist Todd Goldstein just a few weeks after that record’s release, we spoke at length about the problem of longevity for upstart bands in the age of blog-hype and backlash, about how supremely difficult it is for bands to stick together and for their music to stick around. “The potential to not stick around always looms large,” Goldstein said, and, much to our staff’s disappointment and dismay, six months later the Harlem Shakes deigned to disband. That record, though, has managed to stick around for a full two years now, still the indie rock summer barbecue soundtrack to beat, and still a lasting reminder of the talent we lost when these guys called it quits.

The Harlem Shakes never quite attained the level of success (or even, sadly, the critical acclaim) that their obvious talent should have pretty much guaranteed them, but that hasn’t prevented several ex-Shakes members from making a go of it on their own in the wake of their band’s demise. Todd Goldstein has seen a fair bit of blog love directed toward the top-notch side project he now fronts, ARMS, whose debut EP (which, alas, we regrettably neglected) was fairly representative of the chops Goldstein displayed with his former band. But it’s with Thunder & Lightning’s Kangaroo Court, the staggeringly good debut album from ex-Shakes drummer Brent Katz, that the whole great totality of potential emanating from Technicolor Health is finally realized in full. Which is probably not what anyone was expecting, really—that the next truly great record produced by the people responsible for Technicolor Health would come to us by way of that band’s drummer, of all people—but here we are.

Not to slight the percussion found across that record, of course, which was a highlight. But it’s not every day that a drummer, even a conspicuously talented drummer like Katz, steps out from behind the kit to reveal himself as a prodigious multitasking ring-leader in his own right. And here Katz proves himself capable not only of playing the part of fully-fledged frontman, but of seizing control of nearly every aspect of this pretty outlandishly wide-ranging project and absolutely killing each individual component. As principal writer, arranger, producer, lead vocalist, drummer, keyboardist, guitarist, and occasional pianist, Katz makes it pretty clear that having simply stuck him behind a drum kit on Technicolor Health was squandering the breadth of his talent.

Renaissance man though Katz may be, Kangaroo Court never feels like some garish pseudo-orchestral affair marred by indulgence or excess. But he does have a tendency to abruptly diverge from a given thought or idea at precisely the moment when it becomes too familiar, as if for Katz the process of writing one song involves unearthing the better song hidden beneath it. What’s most surprising about these shifts is that the often occur in the middle of otherwise cogent, seemingly self-sufficient pop songs—that is, already fully-formed songs that any other pop band would be happy to see through to their logical conclusions.

But these shifts, which range from the introduction of unexpected instrumentation (as when the sparse, piano-led “The Haunted Prison” is overtaken by a brief explosion of drums and horns) to jarring thematic 180s, are never about just piling sounds on top of other sounds. Katz has such a strong sense of pop songwriting convention that his additions and diversions never undermine or overpower the material. Every gesture on Kangaroo Court seems considered, every idea vetted and sound finely calibrated. Opener “I Held Her Hand in Mine” rolls along just fine as solid, full-bodied indie pop for nearly three minutes before changing gears entirely, ending urgently in a clatter of action-movie drums and horns, and when that change comes the effect is one of genuine surprise. For that reason, it’s an ideal introduction to the record: once you’ve settled in to what sounds at first like fairly straight-forward indie pop music, serviceable stuff in the vein of Elephant 6, Katz suddenly gets menacing. It’s a neat trick, and it works.

Often these juxtapositions are a matter of thematic expression. Of all the duties assigned to him across Kangaroo Court the job for which Katz is perhaps best-suited is lyricist. Katz has a knack for lending nuanced observational details implied emotional weight, and what he doesn’t say explicitly has all the more power as a result. On “Long Island Iced Tea,” Katz tells us all we need to know about a painful memory with little more than ancillary details: “Red-head waitress with a nose-ring / Who has the specials memorized / Stops when she notices the tears coming from your eyes.” His lyrics are occasionally quite funny, too, though the humor often betrays a deep sadness just beneath the surface, like this gem from “Hourglass Figure”: “She’s on the other side of the bed like Brecht / Distancing herself for dramatic effect.”

And when Katz, conflating heartache and existential dread, imagines his personal misfortunes as cosmic injustices, the results are beautiful, hilarious, and borderline profound, often at the same time. “Worm Song” imagines “those who stay up all night, arguing with those they’d least like to lose” as more susceptible to decomposition after death. On “Agent’s Song,” with its “la la la’s” on loan from Spencer Krug, Katz describes an argument between lovers interrupted by the government agent tapping their call; it’s a jokey premise, but it speaks to a desperate desire for somebody, anybody, to step in and stop a fight Katz clearly can’t bear. And “Richard Nixon,” the album’s strongest track, outlines the innumerable fuck-ups for which none other than God Himself is responsible—fuck-ups as wide-ranging as war, illness, and “the notes on your mirror in lipstick.” “He brought those women into existence,” Katz rails, “and he put them in cabs and he lead them to leave you for good.” Oh, and “then He makes sure that your lottery tickets will lose.” Everything is shit and everyone dies alone, and Katz will be damned if that or anything else is his own fault.

The Harlem Shakes failed to stick around for as long as we’d hoped they would, but if their untimely ruin lead to Thunder & Lightning and Kangaroo Court, their dissolution was not for nothing. But now it’s our responsibility to ensure that we pay attention this time, to give this band and this album the due they so clearly deserve. Don’t let these guys down again.