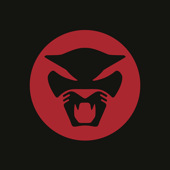 The Golden Age of Apocalypse

First things first: Stephen “Thundercat” Bruner is a world-class musician. Whatever reservations one might have about The Golden Age of Apocalypse, and I have mine, it must be said that Bruner’s command of the electric bass guitar puts most of his peers to shame. This is a guy who started playing when he was four years old and honed his chops on Jaco Pastorius, and it shows. If we rated records based solely on technical merit, that score above would be about fifteen points higher, and Bruner would likely be rubbing elbows with fellow virtuoso Colin Stetson at the top of our list. (Collaboration, please!) And like Stetson, his talent transcends genre: Bruner is as comfortable shredding with Suicidal Tendencies as he is spacing out with Flying Lotus or paying tribute to Bootsy Collins and Stanley Clarke on this record. In an underground music scene where technical proficiency has traditionally been regarded as suspect at best, it is therefore refreshing to see The Golden Age of Apocalypse receive as much attention as it has, and Bruner the recognition he deserves.

As exceptional as his abilities on the bass are, it would be nothing short of miraculous if Thundercat had the same gift for composition. The problem with The Golden Age of Apocalypse is that it becomes clear rather quickly that he does not, and so from the beginning the record struggles to find a musical identity. It isn’t that Bruner and producer Flying Lotus lack influences to draw upon or ideas to work with: this record speaks the language of 1970s electronic fusion fluently, but it isn’t content with being a platform for the exercise of its creators’ abilities in the way that so many jazz records are. It also wants to be an electronic record, a pop record, and occasionally, as with “Mystery Machine (The Golden Age of Apocalypse),” an ominous dystopian sketchwork in the vein of Colin Stetson.

It’s hard to know whether to credit this breadth of styles to Bruner alone, as FlyLo’s influence looms large here. One of the accomplishments of last year’s monumental Cosmogramma, on which Thundercat was featured, was the way Flying Lotus was able to integrate a number of important late-20th century American musical traditions (fusion and electronic music, most notably, but also funk and minimalism) into a deeply original and forward-thinking aesthetic. Stylistically, it is the most immediate reference point for The Golden Age of Apocalypse, but the difference is that this album’s palette of sounds and styles never congeals into anything coherent the way most of Cosmogramma did. These guys have the tools, and God knows they have the chops, but Thundercat has yet to develop a compelling sound of his own, and no amount of production wizardry can ultimately disguise that.

The Flying Lotus comparison might, however, be a bit unfair. Steve Ellison is, in my estimation, something of a musical visionary as well as a master of his craft, and that Bruner only meets the latter of these two descriptions is hardly a criticism of him or this record. To be sure, it’s an engaging enough listen. The grooves are air-tight, naturally: tracks like “Fleer Ultra” coast on the interaction between Bruner’s intricate, stealthy syncopations and the staccato responses of his ensemble, and when they really get going, as on the upbeat closing section of “For Love (I Come Your Friend),” they are able to hit upon the kind of freewheeling momentum that is the lifeblood of instrumental jazz. On the production end, FlyLo litters these tracks with chirping, humming synths that nicely fill the upper sonic registers left vacant by the bass-heavy focus, and his deft mixing ensures that Bruner’s labyrinthine bass lines, which are often layered atop one another, never sound muddled or cluttered.

A surprising complement to his bass wizardry is Bruner’s pleasant, airy voice, which was already featured to great effect on Cosmogramma single “MmmHmm” and shows up on about half of these songs. These attempts at breezy pop are probably the album’s weakest tracks, however; Bruner’s melodies are as wafer-thin as his falsetto, and his lyrics generally come off as embarrassingly elementary love poetry. A typical verse from “Is It Love” goes, “Suddenly you came onto me / Is it wrong for you to belong to me…. Matters of the heart / Always leave you from the start,” and the sweetness of the sentiment doesn’t quite cancel out the gag reflex induced. It is easy enough to just ignore these lyrics at first, but there are enough of these kinds of songs on the album (see also: “Seasons” and “Walkin’”) that they become a detriment to the whole, and distract from the superhuman musicianship that makes songs like “Goldenboy” and “Fleer Ultra” such treats.

Perhaps the most interesting track here is the brief “Mystery Machine (The Golden Age of Apocalypse),” which sounds like nothing else on the album and benefits enormously from the contrast. Where most of The Golden Age of Apocalypse coasts along on its technical precision and crisp production, “Mystery Machine” is a strange, unpolished fragment, all lazily trilled guitar, obtrusive tape hiss, and lumbering, chromatic bass chords. A full half of this two-minute oddity consists of Bruner sitting on a wildly dissonant and ominous chord that, when repeated so deliberately and gracelessly, sounds like a warning siren for the end of the world played at quarter speed. This track bears serious comparison to Colin Stetson’s similarly apocalyptic New History Warfare Vol. 2: Judges, not because it sounds like that record (nothing does), but in the way that Bruner harnesses the strengths of his chosen instrument in the service of a distinctive affect and tone that is born of its creator’s abilities but not simply exhibitive of them. And the relative success of this track points to the larger step that Thundercat is going to have to take to sustain a solo career. As exceptional a bass player as he is, if Bruner does not work out a way to use his instrument in the service of a unique sound, he will forever be relegated to the role of a glorified accompanist, impeccably rounding out the bottom end of whatever tune he comes near but never stepping out of the formidable shadow of his more forward-thinking compatriots.