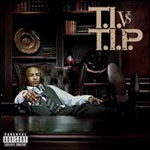 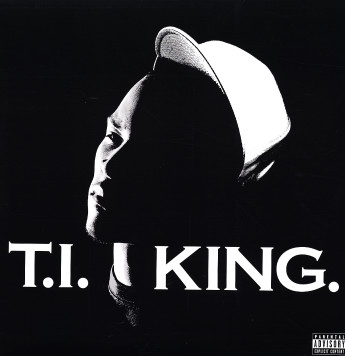 Condensing the horn-driven politics of the A-Team and Blaxploitation, Just Blaze builds a thrumming podium from which T.I. delivers his manifesto for the second half of the decade: “The King Back.” Wu-aping a prophetic minor chord intro (“One day, like the phoenix rose from the ashes…a boy will be born unto a family in the slums”); sourcing “Trap Muzik” in his own damn self; “Taking orders from no one but God”; coyly dismissing his own “Westside Story”; mapping out the danger for those who get in his way (“D.O.A. amend the beef will cease upon my arriving / Paramedics yell clear and your flat line silent”); employing sensitive topics as punctuation again (“Get your ass wiped out like Thailand”); his thick voice deftly weaving through a web of funk guitar, horns, and delayed chimes; and asking us to “Make no motherfucking mistake man. I still will shoot up my motherfucking self.” “King Back” defines “auspicious start”: T.I. isn’t here to prevaricate.

“Shit’s supposed to be all grown up, see?” I note from where I sit on the fence. Change and growth, and there’s certainly change. While King doesn’t quite abandon the marked self-reflection that propelled his earlier work, unlike Trap Muzik or Urban Legend, the humor and anger are no longer couched in self-deprecation. Growth? Well, T.I. now directs his commentary outwards, and his four-part self-mapped ascension from adolescent “serious” rapper to genre pioneer to legend to monarch is assumed, here, to be complete. And sure, if monarchs are divinely chosen, then “I’m Talking To You” is inspired enough to claim that throne. The track accelerates over another Just Blaze production, highlighting T.I.’s mic prowess as he inverts shout-outs to include a list a people the song’s confrontational bent isn’t directed at: for example, “Ain’t talkin’ to Jigga cause that’s my nigga, the real President Carter / Gave me diplomatic immunity / You and me? Why bother?” If you aren’t mentioned, take cover—this onslaught is furious. T.I.’s first verse pairs short phrases with double-time end couplets; on the second he stretches and recoils his voice over the beat in the tradition of “Rubber Band Man”; finally, he Big Bois his runs at full speed, sinking under hurdles on anchoring two-syllable words that shift place in his successive phrases, before chopping those anchors in half to mono-syllabic punctuation he shot-puts through the beat. It works so well that the speed thing doesn’t come off as a gimmick; any changes in tempo are tied directly to the ferocity of the track.

His throne, however, doesn’t always give him the freedom displayed on “I’m Talking To You.” “What You Know,” the single, features cold, harsh synths that spiral through harmonized runs over spattering handclaps and a stuttering high hat. Connor (off the fence and nodding his head along with the music) says, “this is a track-of-the-year candidate”; Chet (uprooting stakes) demurs: “sloppy.” I tend to like the overall effect, even if the canned choir in the background deflates the track’s gravitas, but the sprawl muscles T.I. into short phrasings that propel the beat, rather than react to it. As a result, the track will live or die by your opinion of Toomp’s production; the extent to which T.I. can showcase his own talent is limited by the demands of steady delivery. Toomp’s work on “Bankhead” is less forward-looking, but it nails the Morricone-crunk hybrid. The song is about cars, so whatever, but the flow from T.I. and guests P$C and Young Dro keep the thing above water.

“Ride Wit Me” works a little better. Though the beat has Keith Mack sending cyclic organs into panned channels that threaten the same clutter as “What You Know,” the track itself is more compartmentalized and steady, allowing T.I. to stretch his phrases against the song’s momentum. Almost following suit, “Why You Wanna” plays off a good idea, throwing a solid hook over a nice reed organ sample parsed by interesting drum programming. Calling out the misogyny is likely a waste of time (“Hey—hip hop is sometimes sexist!”), but it’s problematic here because the message is so one-note that the track is already recycling itself a minute in. Neither track reaches the lazily effortless highs of “Countdown” or “Rubber Band Man.”

The slower tracks are a mixed bag as well. “Live In The Sky” is all pleasant pianos (Jamie Foxx cameo appearance count: 87,952) as T.I. relates the personality of a passed friend’s child (“If you aint heard about your daughter she smile just like you / So cute / Even resorts to violence like you”) and his own feelings on death (“I’m a G prepared to die for what’s important to me”). It’s very sweet, but doesn’t quite escape the cliché effect a million other songs just like this have resulted in. And then there is “Goodlife.” The Neptunes take an interesting string/piano juxtaposition and completely botch it with absolutely disgusting drum samples. Common’s guest verse comes off okay here—the beat beyond the drums sounds vaguely like Kanye’s work on Be, but the song is a trainwreck every time the strings enter the mix.

Oh. Chet’s almost taken my fence apart, so I’d better get off. King is a good album, and if Fishscalehadn’t come out at the same time, I’d probably be a bit more effusive in my praise because, as far as growth is concerned, this is T.I.’s most cohesive album. That praise is faint, though; all it means is that the typical six-tracks-too-many filler isn’t quite as disposable as it was on Urban Legend or Trap Muzik. No need for abdication yet, though. When T.I. is on, he’s really, really on, and, at several points, King lives up to its own hyperbole. It’s just that those points correspond precisely to the places where T.I. is actually talking about how great he is. Whenever he tries to deal a different topic, that passion tends to fade away.