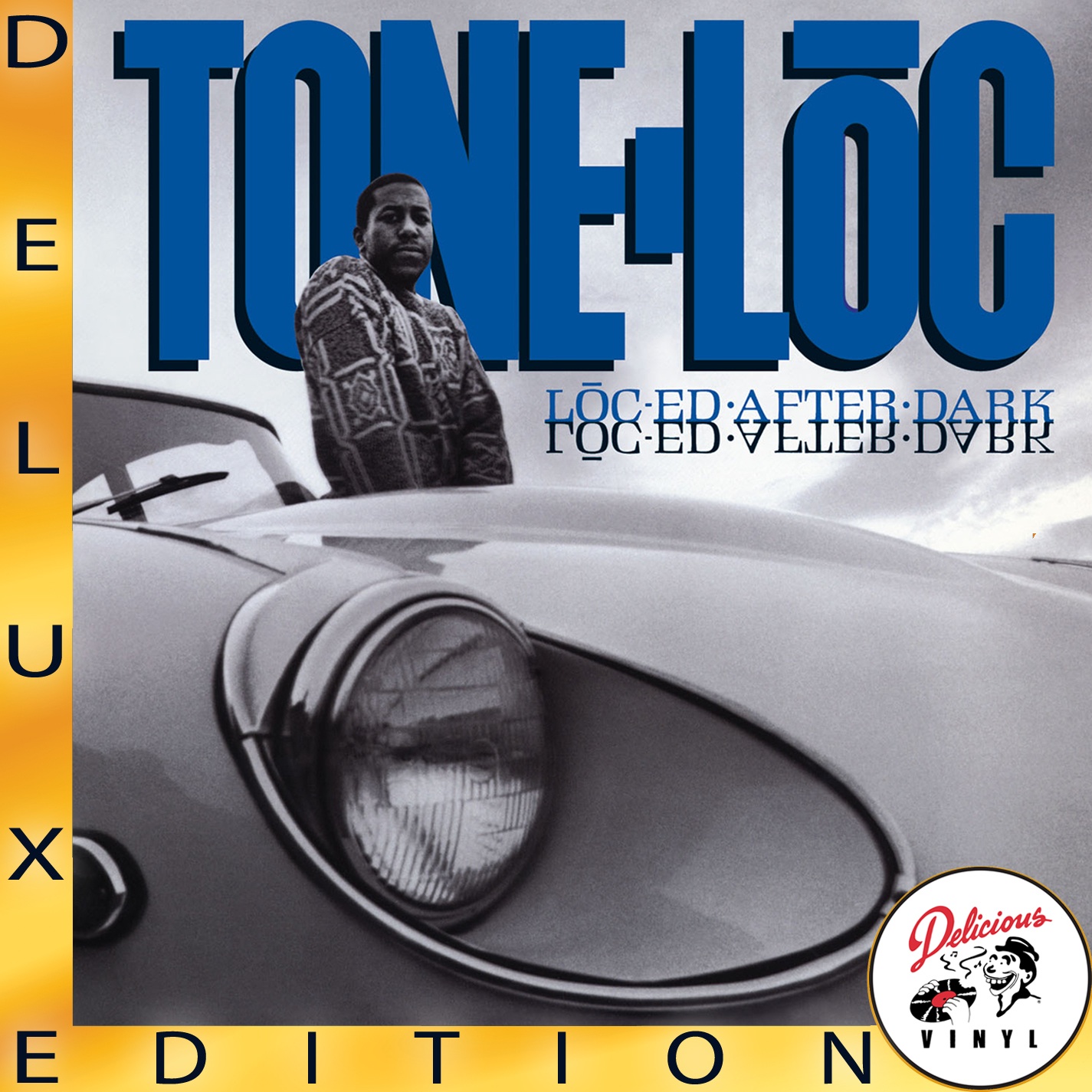 What is it with adolescent Jews and party raps? When I first heard that Tone-Loc’s debut was going to be reissued, I immediately remembered “Wild Thang” as a soundtrack to some choice camp and B’nei Mitzvah party moments. Both Tone and his contemporary (and co-writer of “Wild Thang”) Young MC are a staple of such experiences, such that “Bust A Move” might as well be a hymn. Maybe we’re all still hung over from that first Beastie Boys album.

Whatever the case, I hadn’t actually heard a full Tone-Loc album (or any song of his that wasn’t “Wild Thang” or “Funky Cold Medina”) before this latest re-release, and needless to say prior experiences with one-hit-wonder artist albums had led me to expect an LP-length exercise in B-sides and filler. Some artists just have one or two great singles in them, and little else, but Tone-Loc is not one of them. Loc-ed After Dark is not just a fun album, it’s also consistent, and reveals Tone as a much more versatile MC than a trainspotting glance at his two hits would suggest.

Looking at “Wild Thang,” it’s still every bit the classic it was when it debuted. Over a big, dumb Van Halen loop, Tone rhymes an ode to doing the nasty, be it in a limo, in a girl’s bedroom (with her mom cheering them on, no less), with groupies, or, finally, with a surprise prostitute (“she gets paid to do the wild thang!”). It’s not as innocent as, say, MC Hammer, but as an innocuous dance jam it had the same appeal, so it’s almost shocking to hear something like “Loc’ed After Dark” follow it on the album. Sampling its groove from Edwin Starr’s “Easin’ In” (perhaps most well known now for Prodigy’s claustrophobic “Mac 10 Handle”), and taking its title from Crip slang, this is another side of Anthony Smith. “Suckas like you try to diss with nerve / But I slay you down and lay you down next to the curb,” he spits, before invoking the power of both heaven and hell within his guns and ending, coldly, “You lookin’ for trouble, then it’s trouble I spark / But I’m tellin’ you now, I get loc-ed after dark.”

Perhaps that verse was intended as a strike against those who thought Tone was just party raps, but his deftly growled lyrics sound damn serious. Don’t fuck with Tone, I guess, but, more importantly, he’s got more than one trick up his sleeve. Tone sounds wobbly over something as bombastic as “Wild Thang,” but when the beats relax and ride slow, his gravel-studded flow locks in tight. “Cuttin Rhythms” is, subject-wise, nothing new—“recognize”—but his rough, hushed delivery paints a picture of a naturally gifted MC spitting with some friends, maybe a bit faded. Speaking of which, marijuana’s the central theme to another winning cut here, “Cheeba Cheeba.” It is, correctly enough, a rap song dedicated to the herb; this kind of honesty might have been somewhat new in 1989, but 20 years (!) and several Bone-Thugs albums down the line, it’s a tired subject. Still, Tone’s flow is laidback but engaging, dancing over another squishy bass line.

Delicious Vinyl’s renaissance has been marked most recently by a series of remixes, including an infectious electro-house take on Young MC’s “Bust A Move” from Don Rimini. While Peaches’ “Wild Thang” remix is good enough, after discovering the narcotic gold of Tone’s more laid back tracks, I’d be interested to hear what the modern crop of dubstep heads could do with this; certainly some blazin’ potential. The bonus tracks on this reissue, four decent remixes and the instrumentals for “Wild Thang” and “Funky Cold Medina,” don’t detract from the package, they don’t add all that much, either. The real gold here, and the reason why this reissue matters, is the opportunity to rediscover Tone-Loc as much more than his two over-the-top sex-rhyme singles. Maybe it’s time to look at that Young MC record again.