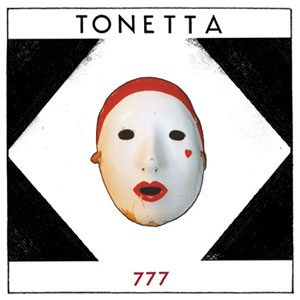 I don’t like the idea of the YouTube musician. I associate YouTube with people playing covers of anything and everything on acoustic guitars and ukulele, overindulgent soloing on any instrument (though predominantly the electric guitar and the drums), and artists like Tay Zonday, who quietly disappeared following his one song’s widespread popularity. While I like the idea of humor in music, I don’t tend to like songs that are in and of themselves jokes, and YouTube is often a far better medium for comedy folk than it is for any other form of original music. I make an exception, of course, for Complete, who probably fall into all of these categories and somehow become something else entirely through inadvertent deconstruction of almost every element of the shitty bar band, if not rock music altogether.

Yet a few musicians who release music almost solely through YouTube are proving themselves to be something else entirely. Consider the recent emergence of San Francisco-based rapper Lil B, the less successful (but infinitely more warped) user “silicious,” or Tonetta. Over the last several years, Tonetta—about whom little information is known, though he’s supposedly in his fifties or early sixties, gay, and from Toronto—has released an onslaught of music, literally well over a hundred songs, via YouTube. Every song is accompanied by a video in which a man, almost certainly him, lip-syncs his lyrics in various states of masking, crossdress, and undress. His songs are almost singularly about deviant sex and are produced as harshly as Ariel Pink’s early work, atop which he bangs out guitar leads and Lee Hazlewood-esque crooning. 777 consists of eighteen of these songs, each remastered by David Vandervelde.

At least half the album is built on the same drum programming, similar-sounding guitar/Casio keyboard leads, and melodies, which makes the album a slog at 18 tracks across 50 minutes. Yet the songs that break from that formula are infinitely stranger, better, and what makes this collection worth visiting in the first place. Few records open as boldly as 777 does, diving straight into its predominant source of inspiration on “My Bro,” a tribute to a late bandmate that begins with the lines “She shit him out / Wiped him off / Cleaned his ass / Ten times past.” “Still a Slave” sounds like a detuned Lee Hazlewood song, with its screeching, looped guitar lead and thumping drums building a totally fucked, sort of tropical texture. “John and Yoko” is deeply strange, a set of stereo pans and abrasive melodies that become noise and distortion over the guitar being ground against a chalkboard sounds that make up the arrangement. Occasionally he goes into some take on straight-up classic pop, like “I’ll Remain As I Am,” which jettisons practically every element of his songwriting and much of the distortion that cloaks this record, and it works just as well.

But what really made me want to write about this record in the first place was “Drugs Drugs Drugs.” It’s a hellish reworking of country music in which every element comes together effortlessly; the distorted, noisy production matches the subject material and the melody, as simple as it is, is astoundingly easy to grab on to. It’s the kind of thing that commands attention far better than his lyrics, and it’s the kind of thing that makes me continue to click on the countless videos—the music for which he claims to have been working on since 1982—released every month, even if a whole lot of them sound exactly the same.