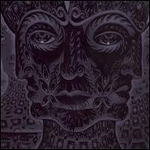 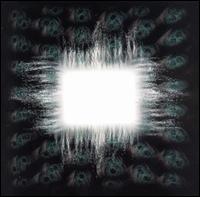 The greatest thing about Tool’s second full-length album has nothing to do with the music, but rather that the artwork emblazoning the CD is a picture of a dude sucking his own dick! And if that wasn’t enough, the elaborate packaging features moving pictures where you can move the jewel box and see the guy do it again and again while all four members of the band watch. Granted, the album comes with a parental advisory sticker, but how’d the record company let that one fly? It’s bad enough that the first song is called “Stinkfist” and features the lyric “finger deep within the borderline.” MTV renamed it “Track #1” whenever its typically awesome stop-action video (directed by guitarist and FX whiz Adam Jones, natch) was played on the station.

Tool are a metal band seemingly incapable of releasing albums less than 73 minutes in length, and as such, owe a heck of lot more to King Crimson and Yes than Black Sabbath. Part of their huge success is probably due in no small part to the fact that they’ve only released three full-length albums in thirteen years, leading eager fans to treat each new Tool record like the second coming. And you’ll like them too if your steez happens to be densely packed progressive metal with Peart-ian drum fills and a subversive sense of humor.

Make no mistake, Tool, or at least frontman Maynard James Keenan, are funny (did you know that latter used to do stand-up in Los Angeles and was even featured in an episode or two of Mr. Show?). You can see this Ænima‘s aforementioned packaging, or hear it by listening to “Message to Harry Manback”: a number consisting only of a mournful piano ditty laid over a sinister answering machine message from an Italian speaking guy threatening to kick the ass of a “fucking American” with black magic. And yet the band take their lock-step sound so seriously that their more devoted fans sometimes seem unable to distinguish when the band is taking the piss; a guy who lived in my freshman year dorm studied the liner notes to Ænima a bit too heavily one night and was legitimately convinced that the band had invented a new drug to allow humans to use 80 percent more of their brains.

They’re superior musicians too. Practically every song in the Tool catalog can be played to a certain extent with one-finger power chords, but Adam Jones transcends the genre’s limitations with a dense, instantly recognizable sound that makes great use of tension and release (furthermore, dude never takes a solo). Six foot six surfer dude Danny Carey is on the cover of modern drummer every third month, and Justin Chancellor’s round basslines don’t so much chug as boing and tap dance; he’s tuned unquestionably low, but his playing features a good deal more manual dexterity than the mindless chording of his less talented contemporaries.

But Maynard. Sweet, sweet Maynard. Also the lead vocalist for Tool-lite metallers A Perfect Circle, seldom is one band as blessed to have a frontman so entertaining. He’s got a powerful voice and the requisite screaming ability that one would expect from such a job description, but above all else, he’s just plain cool. He’s been known to paint his entire body silver onstage, and is just a few inches above five feet. He’s man enough to have a tattoo of a spine on his spine, but also features that Reznor-esque aura of vulnerability that gives his band far more female fans than say, Korn (coincidence that both Reznor and Keenan once sang duets with Tori Amos? I think not). Keenan’s lyrics are also considerably more intelligent than the norm, and funnier too; especially on the 6/8 time signature of the title track where he says fuck to everything that makes Los Angeles Los Angeles (e.g; Scientologists, “dysfunctional, insecure actresses”) while praying for California to tumble into the sea. He also deserves credit for using Ænima as a conduit for turning stoned teenagers on to the comedy of the dearly departed Bill Hicks; eulogizing him in the liner notes as an “American Hero” and kicking off the rhythm math of “Third Eye” with one of his more memorable monologues.

But all of the humorous touches and overlong album lengths would be worthless if at the end of the day Tool didn’t rock, but they most certainly do, albeit in a lumbering fashion requiring patience on the part of the listener. “Stinkfist,” “Eulogy,” and the title track are all especially potent, and if you wait long enough, nearly every song builds to some variation on an intense climax. Tool have one of the most engaging frontmen of the past two decades, and on Ænima, were very successful in melding the excesses of 1970s prog-rock to the more modern aspects of the genre. This is why they sell a shitload of records.