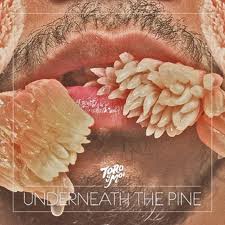 I was frankly a little surprised when Clay announced fondness for the Gorillaz album Plastic Beach (2010), dropping an 83 rating and employing the word “masterpiece” to describe a fad genre record from a band with a hit-and-miss discography and connections to gulp Danger Mouse. It He said it was pop music. He said it was filtered through gauze and its filaments left to drift on the wind. He said Damon Albarn was revitalizing his career with it. But that was way back in early 2010 when chillwave was still somewhat novel and hipsters were frothing with the possibility of a new kind of summer jam, slotting Neon Indian tracks into the “BBQ Hitz” playlist on their iPods.

But with today’s gattling-burst succession of compressed hype cycles early 2010 might as well have been early 1950. We’ve all had time to get some perspective on chillwave’s casual rise to prominence. The backlash has been predictably acerbic, as Clay noted in the Gorillaz review, and just as predictably has ebbed a little as the blogerati got bored and moved on. All of which means that now, in relatively chillwave-hype-free 2011, may be the most interesting time yet to release an avowedly chillwave record, and Underneath the Pine is an avowedly chillwave record. People may forgo traditionally modern critical principles and, like, actually judge the goddamn thing on its merits.

The knock on chillwave, then as now, is that it’s amorphous, and I have to concede that it’s a fair point. You can get long way into Underneath the Pine without gaining any clear impression of exactly what kind of record it is that you’re listening to. But amorphous isn’t the worst thing in the world to be. What you can’t be is both amorphous and tentative—that’s when you get boring, and shapeless passivity is what makes bad chillwave bad. Chaz Bundick doesn’t hesitate a minute on Underneath the Pine. He doesn’t waffle, shrug, or flip-flop. Instead he lets those gooey pop hooks lurking beneath the washes in all chillwave songs break loose from the hazy nucleus of and bubble to the surface of his concoctions in large, fully formed, and frenetically active chunks.

Far from drowning out his song’s structures in synth atmospherics—a criticism some leveled at Toro y Moi’s debut effort, Causers of This (2010)—Bundick contorts that synth into a truly impressive array of shapes that compliment those structures. Many, for example, have already remarked upon Italo Disco reference points in “New Beat,” where the smarmy twang of the Moog melody does as much to set the pace as the rattle of the maracas shimmying through the chorus. Then there’s the flabby, manic twinkle of pop ballad “Go With You,” followed close on the heels by faded, stately instrumental groove “Divina.” On all of these songs there is less layering, stacking one genre on top of another, and more intermingling of the layers to create something that, if still a touch amorphous, is also genuinely exciting. And all this is before we get to a really stellar late-album Brit-pop exercise in “How I Know” and the experimental chilliness of “Light Black.”

It sort of sounds like I’m saying that Chaz Bundick made a successful chillwave record by not making a chillwave record, but that’s not what I’m saying. What I’m saying is that one of the best parts about having a new genre to kick around is that, while the rest of use have arcane debates about what it is and isn’t, artists get to grope around for its outward boundaries. Underneath the Pine sounds like a chillwave record, even if I can’t exactly articulate all the things that make it sound that way. And even though this review was a real bitch to write for exactly that reason, I’m glad I can’t articulate chillwave yet. Other people can parse it to bits; for me, for now, it’s a blessing not to know.