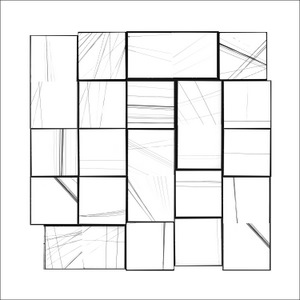 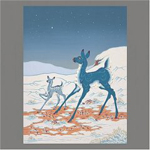 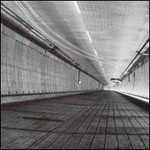 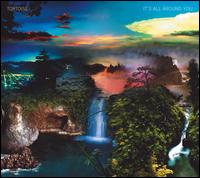 It's All Around You

Tortoise has a new record out. It's their first release in roughly three years. It's very good. But to a generation of mid to late 20-something hipsters that attended college in the second half of the 1990's, a new Tortoise record has the potential to be more than just another excuse to boost your indie-cred. It's a jog down memory lane, the lite beer in your cup as you watched your hapless friend's Sea and Cake sound-alike band hash out chords in the corner of a dark basement, the phone number of a doe-eyed cutie with cool glasses and Sleater-Kinney jones. In other words, nostalgia for a pre-9/11 era in which post-graduate employment was in abundance, yellow and orange alerts were non-existent, and Thrill Jockey was putting out amazing records like they were going out of style. Shit, we had it good. I graduated from New Jersey's Rutgers University in 2001. This is my story.

As a freshman in 1997, I took it upon myself to make friends by electing to write record reviews for a weekly campus publication not unlike this one. But despite being exposed to numerous Phish and Phish-inspired bands in high school via Jewish youth groups, my musical knowledge of all things indie and acceptable was significantly lacking. The first thing I ended up reviewing was a promo of The Verve's Urban Hymns, and so limited was my frame of reference that I think I said the riff in album closer "Come On" sounded like part of a Grateful Dead song ("St. Stephen" if you're wondering). I'm convinced that the only reason I initially got published was due to lack of submissions and that the arts editor's hero was Frank Zappa, and most Phish fans have a more than passing knowledge of Zappa if only because guitarist Trey Anastasio talks him up so damn much. Writing for the paper ultimately proved to be a valuable experience, as constant exposure to independent acts allowed me to morph into the music snob that I am today.

But the defining moment had to be when a senior writer did a piece on an album by "The Lonesome Organist," the pseudonym for the one-man band of Thrill Jockey stalwart and 5ive-Style member Jeremy Jacobson. "Lonesome Organist?" I asked. "What the hell is this shit?" His reply was simple, yet fully illuminating; "You know, I haven't the faintest idea, but it's put out by Thrill Jockey, so how bad can it be?" Little did I realize that nearly everyone I would share a beer with for the next four years felt the same way.

The hipster obsession with Thrill Jockey bands at my alma mater was simply incredible. In fact, an uncomfortable portion of my college weekends were literally spent sitting in a circle with the bong and talking about how cool John McEntire was, how cool it would be to move to Chicago, and how the artists on the Thrill Jockey roster comprised some sort of Chicago "post-rock mafia" that used the Empty Bottle club in a fashion similar to how the Soprano crew uses the Bada Bing. But it wasn't enough for the Rutgers hipster glitterati to simply talk about Tortoise, Isotope 217, The Sea and Cake and the like. They had to form sound-alike bands with names like "Boxcar," "Guy Forget," and "American Altitude," who sound like The Sea and Cake going Country-Western, and still gig in the Philadelphia area from time to time. The latter is the only one of these that ever made a record, or had a gig beyond a house party or The Melody Bar, a sadly defunct New Brunswick indie-haunt that also hosted Wesley Willis on numerous occasions.

In retrospect, it's not hard to see why Thrill Jockey so easily captured the hearts and minds of so many indie college kids in the second half of the 90's. Simply stated, in terms of output and consistency, the label couldn't be touched. Every year seemed to bring some sort of release featuring inventive musicians like Jeff Parker, John McEntire, and John Herndon, all Tortoise members, and all of whom (with others) amounted to a sort of Thrill Jockey house band, constantly releasing uniformly excellent instrumental (Sea and Cake notwithstanding) records under different configurations. Few would argue however that Tortoise was, and still is, the label's flagship act.

And not only is a new Tortoise release a good thing for their legions of fans and lovers of forward thinking instrumental music, but for Thrill Jockey as well, who've probably been lobbying for a new Tortoise record harder than anybody. Granted, the label is still in full swing, and their roster has expanded significantly over the years, but it's not like they built their good name by releasing A Minor Forest records. I mean, Mouse on Mars and Califone are decent enough, but when Thrill Jockey quickly sold out their 10th Anniversary shows in Manhattan, who do you think the headliners were? Can you name any bands on Dischord that aren't called Fugazi?

It's a relief then that It's All Around You is excellent for the most part, serving as a worthy follow-up to 2001's Standards and effectively making up for the lifeless noodling that was the last Isotope 217 disc. The new album has its closest cousin in Standards both in terms of digestible, four-minute song lengths and an emphasis on live musicianship as opposed to studio manipulation. But at its best, IAAY is a far more melodic effort than its predecessor, soothing the listener with uncommonly slippery guitar lines accentuated by vibraphones that come off as far less of a novelty instrument than on earlier Tortoise releases.

A common complaint lodged against this band is that each of their records is frontloaded, offering a promising beginning, but boring the listener after the initial handful of songs. I don't entirely disagree with this statement, but compared to earlier Tortoise records, the second half of IAAY is considerably interesting, peaking with impressive album closer "Salt the Skies," which warrants similarities to the Standards classic "Seneca" in that its as close to "rocking out" as this band gets. Still, Tortoise being Tortoise, nothing else holds a candle to the first three tracks, essentially a three-song suite that easily ranks with the band's finest work.

The title track kicks things off, and it's simply one of the most melodic songs this band has ever written. Gliding along on a Latin rhythm, Jeff Parker's lead guitar practically takes on a liquid form as the melody is doubled by vibraphone; the music evoking a shimmering quality when the drums periodically drop out. The effect is incredibly soothing; the sort of thing you would expect to hear on a stereo at the indie-rock day spa, and nearly sounding like the Beta Band in its approach to texture (high praise coming from this pen). Much has been made of the addition of "vocals" to "The Lithium Shifts," but Kelly Hogan's cooing simply sounds like another synthetic (if not inhuman) noise tossed into a song that has a decidedly IDM feel relative to what proceeded it. Though an excellent song in its own right, "The Lithium Shifts" merely serves as a bridge to "Crest," which announces its presence via a crashing segue. As much as "It's All Around You" was soothing, "Crest" is capital-M majestic, serving up what sounds like the world's largest wind chimes being hammered alongside miles-deep bass atop an enormous bed of synthesized strings. Its a few shades shy of incredible; like the soundtrack to an IMAX movie about the Great Barrier Reef.

For better or worse, the quality of the opening salvo obscures the fact that the remainder of IAAY has much to offer. You can hear this in the jittery, electric keyboard driven funk of "Stretch (You Are Alright)," the airy atmospherics of "Unknown," or the Isotope 217 sounding "Dot/Eyes," which bears similarities to electric-era Miles Davis on account of its insistent hi-hat pulse and keyboard bleats. In fact, the 90 second "By Dawn" notwithstanding, there really isn't a single track on IAAY that fails to leave an impression after a handful of listens, something which cannot be said for a sizable portion of this band's back catalog. Aimlessness has taken a back seat in favor of tighter song structures and memorable melodies, while sacrificing none of Tortoise's invention in the process.

It's hard to say if It's All Around You will cement itself into the stereos of college indie-folk like Millions Now Living Will Never Die and TNT did; there's too many DFA mixes to sift through, and the Great White North (take off!) seems to have recently eclipsed the American Midwest as the hip land mass du jour. Regardless, the three-year wait for new Tortoise was not in vain because It's All Around You is an excellent post-rock record from the masters of the genre. It probably won't set college campuses aflame, but it'll sure beat the hell out of listening to your buddy's shitty Broken Social Scene-sound alike band.