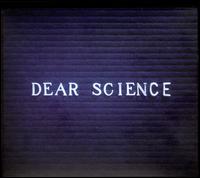 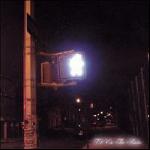 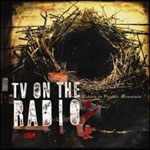 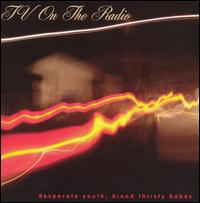 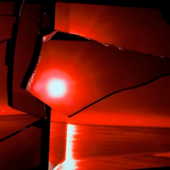 TV on the Radio have been around long enough now for us to know that their debut EP, Young Liars (2003), was a bit of a red herring. Those five songs still twist and bump with dirty electronic verve, and the title track alone set the band up as one of New York’s variations on and inheritors of nineties “alternative,” the exposed nerve of some new cultural reflex. It’s only appropriate that the EP includes a Pixies cover—a gesture that seems, now, like a declaration of alignment—because TV on the Radio were invested in laying to tape some of that same grit and soul that made Black Francis’ lyrics believably sinister. And so there was something effortlessly contemporary about Young Liars, something that suggested the darkly complex while withholding its truths. It employed melodrama in pop music’s play-dumb way, but with such slickly packaged style that TV on the Radio sounded like that rare intersection of the genuine and modern.

What’s interesting about TV on the Radio, and many other New York-based bands from the same period—Yeah Yeah Yeahs, the Strokes, and Interpol, to name a few of the bigger ones—is that they all seemed to initially promise, and then in their own way fail to deliver, some new take on New York’s varied and important history of subcultural music. They implied, we hoped, that a renaissance was impending. The common degree of this failure means that it’s hardly theirs alone; this fizzle is the light of our unreasonable expectations going out as each artist in turn conforms to a polished brand of indie rock banality. Yeah Yeah Yeahs had their It’s Blitz! (2009), and the Strokes their First Impressions of Earth (2006). And far from the harsh, cosmopolitan landscape this band depicted on their early EP, TV on the Radio produced slickly compensatory efforts like Return to Cookie Mountain (2006) and Dear Science (2008), which, praised though they were, reveal themselves over time to be stunningly ordinary indie rock records.

New York’s first class of the millennium seem to be low on ideas, drifting without energy toward inevitable hiatuses from which they’ll never return. The Strokes could barely be bothered to release the recent Angles, an album they’ve all but admitted to not much liking themselves. Yeah Yeah Yeahs are rehashing D.C. disco-punk. Interpol is one bad tequila bender away from becoming this generation’s Seven Mary Three. What I’m left with is the notion that these bands once spoke to our desire to pay tribute to and fetishize New York City (at a time when, it must be said, there was a lot of affection and sympathy for the city), but ten years later have rarely captured that strange confluence of energies localized in New York’s complex hubs. I’m still waiting for one of these bands to totally reinvent themselves, to release their Remain in Light (1980)—an album not sounding like Talking Heads’ masterpiece, but from as far out of what today constitutes the left field.

Strange, then, to read the reviews and find that some critics still call TV on the Radio “experimental.” It’s as if those wanting to trace some thread of shared identity across this last decade are now attempting to protect the band, elevate them to some untouchable place, redeem some modicum of the thematic investment we’ve put into early 2000s music from New York. These albums simply aren’t allowed to be boring, or lackluster. They must be consciously and purposefully so—a strategic gesture, say, rather than a lack of inspiration.

And so we’re left to consider Nine Types of Light, essentially TV on the Radio doing slow-jam vanilla sensuality, losing even their temporary dalliance with the sort of thorny rockabilly one could hear on their last tour. So much is hung, as usual, on Tunde Adebimpe’s characteristically wounded croon, and the limits of that dependence have never been more evident; it’s not like Adebimpe is D’Angelo, and the listener never feels like there are folds in the character of his voice. The lyrics are old-fashioned, even timid, rather than honest, intimate, or relevant. The irony here is that an album intended to be lover’s rock ended up so distancing. It does little to bring the listener and Adebimpe toward some form of unconscious understanding, even when Adebimpe is talking almost exclusively about connection, because these lyrics have little to no interest in anticipating the listener’s mental space. You leave Nine Kinds of Light completely unaltered, neither enlightened nor offended, simply having experienced a series of first-person statements: Adebimpe in his doorless (and not terribly interesting) tower of self.

Other than a few pretty interludes, like the bridge of “Keep Your Heart,” only album closer “Caffeinated Consciousness” really distinguishes itself, and then only from the album rather than from the limping genre. It’s sort of a cruising rock, fundamental and not very interesting outside of the context of what I feel like this band wants to see as its departure. At least on that song Sitek resists his usual urge to over-produce and hodge-podge superfluous instrumentation into the mix, as happens almost everywhere else. In four short minutes, opener “Second Song,” manages to pile super-saturated piano and horns under Adebimpe’s pseudo-slam poetry about going out dancing, and offers a chorus so innocuous it could be out of a Sheryl Crow song. “You” sounds like it could be on one of Peter Gabriel’s bloodless, hyper-polished latter-day albums. The beats are huge-sounding, but rote.

The album’s vibe seems to be about settling in comfortably, but it clashes with Sitek’s tendency to obscure mediocre ideas with flourish; I’m reminded of his work on Scarlett Johansson’s Anywhere I Lay My Head (2008), a perfectly nice and totally unnecessary vanity project. Ultimately, first single “Will Do,” a slow-burner with one of the album’s few memorable vocal melodies, distills the band’s limp take on atmospheric. The song simply never stands up, and so reads like a mission statement for Nine Types of Light: what prefigures as a meticulously-paced album of easy grooves and simple lyrics ends up overstuffed and claustrophobic, and still crawls, as if pinned down under its own weight.

Does it seem unfair to knock an album for disappointing in the face of elevated expectations? Would I be judging this band on the same scale if they were from Winnipeg? It’s not like TV on the Radio ever came out and said that it was their intention to be what we expect them to be. But I can’t separate the band from the city, from the scene, especially if others still give them credit for their supposed relevance therein. I don’t mean to pile the weight of all of New York on the shoulders of a band who just want to write some tunes about their girlfriends, but saying that an album is good so long as one simply lowers expectations is no compliment at all.