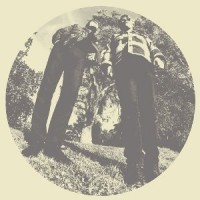 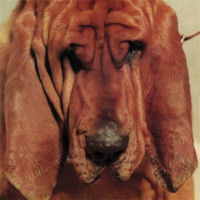 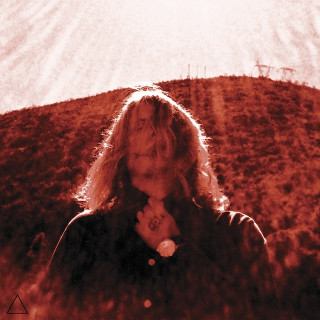 The first thing to say about Ty Segall is that the guy is not lazy. Even the apparent bedraggledness of Sleeper—his last album and another entry in that long line of furry loud guys being less loud, sometimes profoundly so—was couched in a surfeit of studied craftsmanship, the yawning melancholia of many afternoons spent out-perfecting the Beatles, and the heightened awareness that, buzzing throughout on the edges of the room where it was recorded, Ty’s arsenal of electric guitars stood mostly silent. So if Sleeper was the guy’s version of a back-porch hash sesh, it still felt studied, in its way. It felt like Ty was working this hard at not being so damn Ty—and whilst that might have resulted in the heaviest material of his career (the album, recorded after the death of his father, is lanced with the pain of loss: even its most filigreed turns are delivered with a sort of stupor), one could also sense how, maybe, Sleeper was testing the patience of every fried amp and disabused Marshall stack in the Bay Area. Because we all knew Ty Segall was pretty fucking sick at electric guitar. On the basis of his new double-album Manipulator, he was not only born to play the instrument, but also to co-opt it Cronenberg-style into his own anatomy. The sick and the sickest: Ty Segall makes distortion sound like a biological necessity.

Manipulator is a commercial album that feels primeval, almost shamanistic in its insistent surge towards obvious greatness. During its sixty minutes, the defiled corpses of post-grunge and glam are exhumed, re-constituted as nervy washouts, and sent barreling out in a plume of brown distortion towards some mythical horizon where amp fuzz is a species of mountain grass and the last thing anyone remembers is the careening sound of a guitar landing like a rocket. Ty Segall has been this persuasively noisy before—the astonishing racket his Ty Segall Band cooked up on their eponymous debut effort was one of 2012’s musical highlights—but his music has never been this detailed or wrought-over with the pains of someone who has taken every effort to make their guitar sound just so. Hidden in its most basic moments (and this is an album that is aggressively basic) is the joy of subversion, of being locked in the process of not-playing-it-straight. Which is why first-single “Feel” drops its contemporary envisioning of MC5 for a sixteen bar luxe of showboat drumming, or why “The Feels”—otherwise a conventional number, almost a Nirvana song in temperament—craws out a solo so apocalyptically-janked as to leave this listener, at least, feeling DSM-levels of joy/anxiety whilst considering also how a guitar can sound like two time zones crushed, by some atomic event, into one.

When you consider that Manipulator is outwardly mostly an album of nugget-sized guitar jams, its reversed polarities become even starker. Ty Segall can make sylvan-haired Merseyside cock-sureness sound positively gloopy (“The Singer”); he can insert asymmetric little glitches in the coursing-through-static of your rote Crazy Horse burner; on a song called “The Crawler” he makes the constant revving of Ash’s deeply uncool mid-aughts Meltdown sound like the future of bloody rock and roll. I mean, sure, appropriation. Similarities, etc. But have some appreciation for how Ty—furry-faced and somehow perfectly bent over a guitar that’s crisp, then incoherent, whatever—manages to convey precious glam-era clichés with the postulate reasoning of someone for whom decomposing feedback is a serious line of academic enquiry. Now that’s special.

Over a career that has spanned a half-decade of determined riffing, Ty has sort of miraculously avoided the self-karaoke that a lot of his garage rock peers have let themselves in for: the same three or four chords, a barrage of souped-up psychedelic effects that don’t so much radically alter the feel of a song as they imbue it instead with the haunting sense that we’ve heard this all before, a whistle over echoed guitars, the sustained laziness of reverb, drum sounds that are artfully distressed. Ty has implemented all these things, sure, but at their best his songs feel less like a re-hash of old tropes and more like a conversation with the muse. From the play-anything flash of his early singles to the more enduring nature of his later work, it’s all been, in its way, inspired. Manipulator is then the platonic ideal of his sound so far, the story of a guitar tone that sounds like a plane landing on spinning wax, at once all over the place, dangerous, and considerable in its ability to, like, make things shudder.