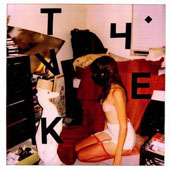 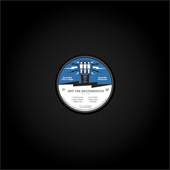 Tyvek split some eardrums with last year’s Nothing Fits, a sort of blunt refutation of their odd, overthought, and muddled debut on Siltbreeze. At the same time, the record stood as a genuinely fun and confrontational hardcore LP—a series of controlled, wake-the-dead-style explosions that made every other band doing this type of thing sound like they were trading mere pistol-shots. Nothing Fits is intense: 2010 was the year Tyvek went nuclear.

Track after track on that LP, it’s as if the band wanted to test how far it could stretch a single, stationary point in two directions (being: 1] hissing feedback phrases; and 2] a tempered, rhythmic vocal delivery that nevertheless, given the number of rat-a-tat, actual, long words Boyer is compelled to sing/speak and shout, must require an enormous amount of saliva projection), then walk up and down that new line and see how it separates a sort of pins-and-needles approach to rock from one that lacks sentimental precision, from one that is all screaming-noise pyrotechnics and no-nonsense guitars that belch sound, guitars that sound like they’ve got expressive bellyaches. Which is to say Nothing Fits is brash, loud, and anal.

It’s also awesome in a weirdly retentive way. Like literally if David Byrne woke up drugged and chained in an abattoir to find himself surrounded by countless speakers that only played Minor Threat continuously—but out of sync with one another—and after a couple hours of this his head explodes, splatters his power suit, and then a curious Terminator guts the remains with a guitar neck. To check why the exploded-head guy got so nervous around distortion. Nothing Fits—and this Live at Third Man 12”, which pulls heavily from that album’s spiritual wreckage—is that sound, condensed. Except musical. Except highly catchy.

The band rips through this set at the Detroit-based record store, barely pausing between songs, each of which is bunged off—of course—by a joyous 1, 2, 3, 4! There’s no cushion cover on this album, none of your usual live album’s big ballad band-aids, no sense of let-up to the massacre. Kevin Boyer’s his own explosion, too, a one-man cheerleading outfit exclaiming, whoop-whooping, laughing, screaming…everything but small talk. I think he addresses the audience once, and only then to say he doesn’t usually talk between songs, before counting in another fast one.

From its subversive opener (“4312”) to the set’s final throes (a stinging take on “Frustration Rock” from the Air Conditioner EP [2008], then the double-time rave-up that is “Blocks”), the mood on this live album is one of imperilment and subsequent, serious enjoyment. The band isn’t exactly dicing with death here—playing to a crowd of fans; pulling from material that plays well live—but it tackles its back catalogue as if the stage they’re on isn’t just a clear space between stacked record shelves, but instead the distended surface of some powdered barrel. The best thing, though, about this live album is how it confirms that Tyvek’s recent embrace of the more snotty, fast-paced side of their early sound is, well, a fucking great decision for people into this kind of thing. Which you should be, too, if you’re not already. Live at Third Man is that kind of great live document, and a fine place to start.