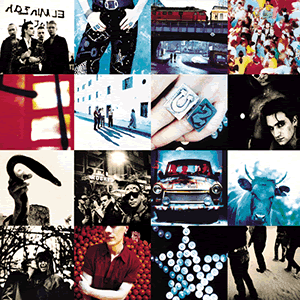 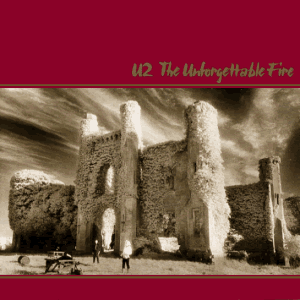 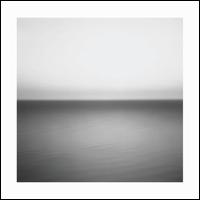 How to Dismantle an Atomic Bomb

It’s a useless thought, but it’s one that might cross more that one critic’s mind: it doesn’t matter for shit to U2 what he thinks of How to Dismantle an Atomic Bomb. In fact, it doesn’t matter for shit what the entire critical legion thinks. The obvious fact remains that if ever an entity was synonymous with “untouchable,” his name is Bono, and he knows it. Those with a pulse don’t need a laundry list detailing the precise immensity of his stature, or the color of his sunglasses. The word/name Bono is halfway into the OED already, with all its plenitude of denotations and connotations.

And here I am, by relativity, a zero. So, to recap: it goes without saying that what I think of U2’s music is of utter inconsequence to Bono and the World-Savers. But isn’t there the artistic question? The question of whether U2’s music really matters to U2 any more? Do they really believe in art as self-expression, or the expression of some universal human consciousness (to use inadequate terms, I know)? Or has their art diverged from that previous realm of the personal, and become mechanized into another vehicle trucking for the sake of the greater good—-a mere blueprint for what they can easily play at their next absurdly expensive concert, the proceeds of which will go to Bono’s latest cause?

As U2 realize, and as critics both fascinated by and cynical of Bono’s world importance should realize, it’s an irrelevant, immaterial question. Drawing a line between personal art and art geared towards the “greater good” is a futile exercise, grounded in rhetoric that’s largely bullshit. So, excepting a few instances, U2 do what they’ve always done: write songs about love and struggle, which could as easily be translated into political language as translated into personal romanticism and hope.

Then, finally, the crucial question is: does How to Dismantle an Atomic Bomb matter to you? Well, if you don’t dismiss it purely on the grounds that Bono’s too busy with saving the world to make music any more, you might find that it actually does. Compared to All That You Can’t Leave Behind, it’s immensely sincere, well-thought out, and meaningful. And rather than indulge in the dabbling that turned out mixed-quality tunes on Pop, it settles back into U2’s remarkable melodic strength, bombast, and heart. If there’s one thing that’s most impressive about U2, it’s that after so much time, they can stay fervent romantics, and for some profoundly resonant moments, turn you into one as well.

Atomic Bomb also happens to be loaded with hooks—some of them lethally catchy—and some thunderously affecting melodies. Look past the insubstantial, seemingly calculated world-appeal of the Spanish numerical chants in opener “Vertigo,” (available for some time online) and you’re rewarded with three separate, strong riffs. Under restrained, chalky clicks from the Edge’s guitar, the bass takes over the tidal wave of an electric hook, Bono uttering youth-charging lines like, “Girl with crimson nails / Has Jesus round the neck / Swaying to the music,” before a formless chant kicks the track into its overdriven, brain-hooking chorus. The Edge will later register his ethereal picking to weave a third hook into the song’s bridge before stuffing the song’s conclusion with some final licks. As an opening statement, “Vertigo” packs a particular powerful punch, resonating with energetic intent. Its only danger is in marking Atom Bomb as a trend-acknowledging grunge album, which it certainly is not; most of its tunes approach vintage U2, and many of them are damned fine ones.

Importantly, the ballads tend to hold water, transcending the schmaltzy blandness of so much of All That You Can’t Leave Behind. “Sometimes You Can’t Make It on Your Own,” is as touching a tale of shared love as you’re likely to hear this year, colored with one of the most strikingly melodic choruses in U2’s catalog—proving that the Edge can still nail improbable vocal melodies equaling the height of his guitar movements. Lyrically, it’s rather beautiful: “We fight / All the time / You and I / That’s alright / We’re the same soul / I don’t need / I don’t need to hear you say / That if we weren’t so alike / You’d like me a whole lot more.” And when the Edge follows up the second iteration of the chorus with a strong hook in a shifted key, and when Bono stretches taut his vocal chords to meet intensity of the song’s cathartic apex, only the iciest of hearts can stay stolid.

Even “Love and Peace or Else,” which comes packaged with a worrying title and an even more disconcerting directionless beginning of feedback and heavy electronics, clears the hurdle of its heavy initial sludge with a bluesy riff and Bono’s versatile vocal melodies, driving into yet another catchy chorus and smooth harmonizing. And despite Bono’s befuddling choice of the cliché “Where is the love,” to accompany a sublimely delicate effects-heavy bridge, one of the more problematic of Atom Bomb‘s songs still manages to avoid stinker-status. Only “City of Blinding Lights” smacks of laziness, riding a dud of a programmed drum beat and too many repetitive synth elements to make its effortless melody worthwhile.

“All Because of You”’s verse melodies and acoustic-led riff hearkens back to Joshua Tree, and though Bono misses some chorus notes, his vocal errors are almost serendipitously artful in the way they match his self-deprecatory, humanity-admitting lyrics: “I like the sound of my own voice / I didn’t give anyone else a choice / An intellectual tortoise / Racing with your bullet train / So people get squashed / Crossing the tracks / So people got high-rises on their backs / I’m not broke but you can see the cracks / You can make me perfect again.” Plus, the Edge throws down a superbly artful bridge solo that’s only too reminiscent of the band’s glory days.

Of the unexpected number of rousing moments of the album, two songs stand as its joined pinnacle: “A Man and a Woman,” whose groovy, elastic bass lines not only counterbalances its cliché lyrics, but might inspire a record number of conceptions, and “Crumbs from Your Table,” which not only hosts one of the most heart-wracking choruses of the album, but some hopelessly wounding romantic lyrics: “And you broke every heart / Thinking every heart mends.” Bono and the Edge join together in falsetto duties for a perilously delicate gossamer melody that will no doubt bring howling fans to tears at the song’s performance in the next U2 concert. And finally, the band erupts with the most bombastic of the album’s conclusions, sending sarcasm and irony running for darker corners.

Yet there’s a lingering frustration that under-girds my feelings about this album; namely, I feel guilty for liking it as much as I do. Why? Because our generation is one of the most ironic in history. We are wary of apparent sincerity, especially from a star as big and yellow as Bono, and I feel sheepish for admitting to liking such a huge superstar. Given my small importance, I should hate him. But frankly, that’s silly. If bold-faced love lyrics are going to ruin an entire album for you, then perhaps you should avoid U2’s latest; but if all you have at your table is irony, then it’s an awfully empty plate to eat off of.

But, just in case you think U2 has lost all hope of being subtle or clever, consider this: the title of this album is How to Dismantle an Atomic Bomb, which seems quite political. Yet the album is mostly about love. So make the jump with me: considering what I’ve said earlier, about art not being divided between the personal and political, perhaps the greatest gesture of the album is in its subtle point that what dismantles atomic bombs is not politics—but love. And, yeah, I know that “Make love, not war,” is a huge fucking cliché, but didn’t we actually believe in those things at some point? Hell, you can keep your irony this time; every once in a while, it feels good to be a romantic.