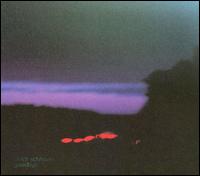 Words escape me. I could literally spit out dozens of adjectives: lush, dreamy, ambient, shimmering, lingering, spiritual, nebulous, spacey, ethereal, slow-burning, weightless, gauzy, misty, icy, sparkling, amorphous...I could go on. The problem I have is how to approach Ulrich Schnauss' third album without falling into the slightly willowy, poetic doe-eyed babble that speaks volumes and yet tells you absolutely nothing. The words above can be attached to everyone from Air to My Bloody Valentine, from Chapterhouse to TM Schneider. Although these bands, through endless Balearic comedown compilations, can sit happily together they have unique personalities and idiosyncratic quirks which are belittled through digging out someone's review for The Campfire Headphase (2005) and changing the song titles.

I could tell you what it isn't. It isn't as earthy as the Thievery Corporation. It isn't as melodically adventurous as the Cocteau Twins, but not much is. It isn't as ghostly or morbid as This Mortal Coil. It doesn't evoke eerie childlike nightmares like Boards Of Canada. This again does not leave you with much. I could break down the components of the songs such as Judith Beck's baby-coo vocals on "Never Be The Same," the Eno washes of Enfield and the tremulous hiss that runs through "In Between The Years" but I could be talking about Slowdive or even Robert Fripp.

This could be a problem with Schnauss' Goodbye: we have heard the effects before so there's not much to separate it from other artists. On his previous two albums Far Away Trains Passing By (2001) and A Strangely Isolated Place (2004) the overall feel seemed a little behind artists such as Boards Of Canada. They were pleasant chill out soundtracks permeated by danceable cuts for the inevitable post-rave comedown. Here, though, Schnauss explores the darker nocturnal sounds that were always hinted at but never reached on his previous releases. He has edged out the grounding techno beats leaving the songs airborne. Tracks like "Shine" and "Stars" seem capable of flying away on the lightest breezes to disappear without trace. Even the titles of the songs printed on the back of the cover are faded out. With the vocals layered with echo or buried deep in the mix it feels like Schnauss is purposefully forcing your focus to drift, leaving you transfixed in a state of pleasant limbo. However, repeated listening sees the faint footprints of melodic snatches embed themselves deeper into your subconscious.

Elsewhere he pulses out of womb-like swells to keep you from teetering over the edge into sleep. "Here Today, Gone Tomorrow" rises out of the slumber and delivers a blossoming rumble that lives somewhere between Talk Talk and Four Calendar Café (1993). "A Song About Hope"'s distorted guitars and block vocal harmonies around a stuttering drum loop send the song soaring, gliding out on Durutti Column guitars before touching down in preparation for "Medusa." "Medusa" is definitely the highlight of the album. A dark sprawling beast that mimics the industrial steel sheet percussion of Seefeel's Succour (1995) while recalling Sweet Exorcist's iconic "Testone." This is all before it sets sail on the tumultuous seas between the cast iron shores of M83 and the forgotten gothic island of Curve, burning kotos and distorted screams as fuel. It's an unsettling but euphoric ride and definitely cannot be called aural wallpaper.

That unfortunately is the accusation thrown at a lot of ambient, electronica, or chill-out music. Artists can appear to knock out albums of material in their sleep without bothering about song structure and focussing on sounds. However, like Susumu Yokota, who explores a very different sparse world of acoustics and rhythmic anomalies, Goodbye's shoegaze fascination, organic glow, and subtle shifts belie its apparent initial simplicity. Schnauss has said that he was inspired to write beautiful music because he comes from such a miserable and ugly German town. I hope he never moves.