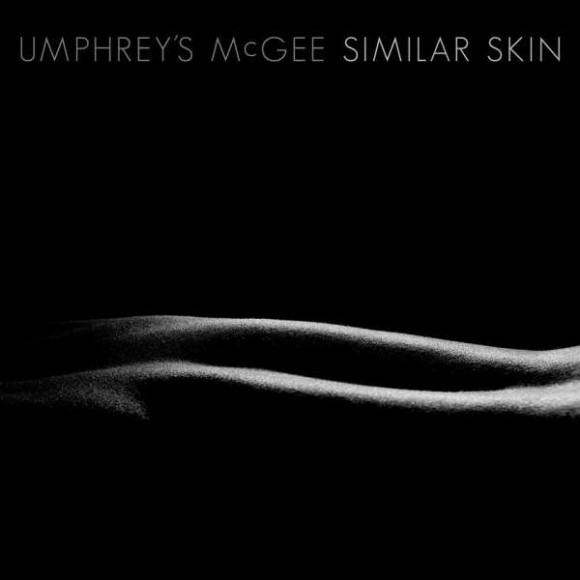 I’ve been listening to an unhealthy amount of Umphrey’s McGee lately. That in of itself isn’t particularly interesting or difficult; they’re generous with what they make available on Spotify and given their branded status as a “jamband,” are required to have upwards of 2,000 shows available for free download and/or streaming in the Live Music Archive. And on paper, they contain all the hallmarks of said classification—namely a rigorous touring schedule with a propensity for twenty-five minute songs; a seemingly bottomless bag of cover tunes to go with their equally bottomless bag of originals; and in Brendan Bayliss, a frontman who despite being highly charismatic sings because he’s required to, not because he actually can. So far, so Phish.

But while I’ve routinely professed my love for the aforementioned Vermont-based jam titans (who also, coincidentally just released a very good new album) on this site and otherwise, I won’t mince words here: I used to hate Umphrey’s McGee. I tried to get into them for years and it simply never took. I derided them as technically proficient Midwest frat guys with a level of “soul” approaching that of ’80s LA session musicians, the former stereotype reinforced by the fact that one of their most played songs extols the virtues of drinking forty ounces of malt liquor at a barbeque and the stage right guitarist appears to have a painter’s cap surgically grafted to his head. Plenty of friends whose musical tastes I otherwise respect loved them. What exactly was I missing here?

I’m capable of change, and will now fully admit that I was wrong about this band. It helps that they’re simply much better in 2014 than they were ten years ago; they’ve improved as musicians and songwriters while reeling in much of their bloat, but I also acknowledge I was approaching them from the wrong angle. Many jambands consist of kind-hearted bros with large beards that slowly play the pentatonic scale for fifteen minutes at a time. That’s not Umphrey’s McGee. Umphrey’s McGee is what happens when ’80s kids raised on prodigious amounts of Kool Aid and Saturday Morning Cartoons locate dad’s vinyl copies of 1984 and Yes’s 90125 (1983) and proceed to lock themselves in their bedroom for twelve hours to learn exactly how Trevor Rabin got his guitar on “Owner of a Lonely Heart” to sound like THAT. No doubt this was followed by intravenous injections of ’80s Rush and late ’70s fusion; that one guy who corners you at the kegger to discuss Jaco Pastorius’s bass tones on Weather Report albums might have ended up in Umphrey’s McGee. To the extent their teenage bedrooms contained sticky magazines hidden under the mattress, these were issues of Guitar World and Modern Drummer.

In other words, I now find myself able to enjoy Umphrey’s McGee not so much for their onstage improvisations, which are generally excellent, but because they so completely speak to my fifteen-year-old inner prog-rock nerd that in addition to listening to Phish and the Dead, consumed heroic doses of Rush, Primus, Faith No More, Yes, and King Crimson. Simply put, Umphrey’s McGee act out many of the fantastical music scenarios I used to formulate in my overactive imagination—“Dude, what if Rush knew how to JAM!”; “What if Andy Summers was actually the chop-siest member of the Police and engaged in levels of tapping that even Yngwie Malmsteen might find excessive?” Sure, Umphrey’s McGee like to improvise onstage, but the jamband label can carry unflattering connotations that sell them a little short. Think of them more as a nerd-rock fantasy camp with Steve Vai and Terry Bozzio on the payroll as counselors.

Nobody is about to question their chops. But to my ears, a stated weakness of this band is a lack of original compositions with such quaint things as catchy verses, melodies, and choruses. Umphrey’s McGee’s collection of riffs is immense to the point where one marvels at their ability to remember them all (“Uh guys, are we playing the one that goes ‘chunk, chunk, a CHUNKA,’ or ‘chunka, chunka, chunka, cha CHUNK CHUNK’?”). But there’s a difference between “songs” and “riffs with words,” and Umphrey’s originals often trend too much to the latter, which is what makes the majority of Similar Skin an unexpected delight. While most of its eleven songs have been kicking around Umphrey’s setlists for a few years at this point, Similar Skin is the farthest thing from the “flatly recorded clearing house for the live show” that constitutes most studio efforts from like-minded jam rockers. Rather, the emphasis is on compact, catchy songs that sacrifice none of the band’s virtuosity, except that “Cut the Cable” and “Hourglass” actually feature choruses that might get lodged in your head for days at a time.

Some of the credit must go to their longtime producer Manny Sanchez, who imbues these songs with a crystal clear production job emphasizing instrument separation and a mix that’s radio friendly without being overbearing. The work of Robert “Mutt” Lange keeps coming to mind, and it’s not an insult to state that the best aspects of Similar Skin (and Umphrey’s McGee in general) achieve a unique sweet spot between the dumb fun totems of Back in Black (1980) and Hysteria (1987). But the emphasis on songcraft relative to past albums is stark enough to practically constitute a reboot of their brand and earn them new fans, like this writer’s dad.

Umphrey’s McGee doesn’t attempt to hide their influences. Fan favorite “The Linear” is a dead-on encapsulation of Rush circa 1982, marking the point when Alex Lifeson and Neil Peart harbored a not so secret obsession with the Police, and both the verses and choruses on “Hourglass” and “Cut the Cable” are very King’s X. There’s also a welcome emphasis on simply rocking out for its own sake; the heavy power chord section on “Puppet String” will result in several destroyed bed springs from fourteen year old boys jumping heavily upon same, and the chorus of guitarist Jake Cinninger’s “Little Gift” is a Joe Elliot blowout that can only improve after you’re six beers deep. Closing the proceedings with the hairpin turns of the nine-minute “Bridgeless” is also a nice touch—the aural equivalent of an MC Escher drawing and a hint to the uninitiated that maybe, just maybe, this band likes to stretch things out onstage.

Not everything works; “Loose Ends” indicates that balladry still isn’t an Umphrey’s McGee strong suit, and the downtuned riffs on “Hindsight” aim for the sludgy majesty of Soundgarden but wind up closer to Audioslave. Regardless, Similar Skin has aided in me making the transition from Umphrey’s McGee skeptic to genuine fan, and absolutely worth a listen for anyone who harbored a dislike for these guys in the past, or has a strong opinion of the mixing job on the last Rush album (it completely sucked). It’s the most welcome of dinosaurs: a top to bottom summertime rock album that sounds equally great on a car radio or in teenage bedroom.