Other Records by Valet 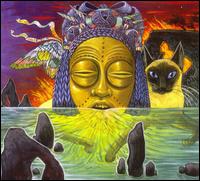 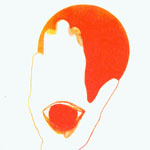 Part of Honey Owens' comments on her debut LP involves a reminder of Jon Hassell's "Fourth World" idea. The Fourth World -- which Hassell began mapping with Brian Eno and Daniel Lanois in 1980 and 1981, casting an epic conceit in an easily explainable role almost limitless in execution -- is essentially a conflation of the old and the new, of "world," "tribal," even "ancient" practices, rhythms, serial approaches, and instruments parading through modern techniques, production, and dressing. For the Pop World everything's basically fair game for tempered consumption, but for an ambient or noise artist the Fourth World can instill new worlds (allow me the pun) of context into the musician's arrangements. When Owens introduces an incessant drum paddle into the first passage of opener "April 6" (more a two-toned hollow bucket patter filled with brush strokes) the cadence, clip, and delay of the beat seems simultaneously non-Western and locked into a familiar current: this rhythm is belabored but hoary, academic but instinctual. It feels old and rough, and it's still an efficient track.

But so is most of the rhythm and most of the percussion on Blood Is Clean. That's the ideal. How can an artist respect two (well, innumerable) times, cultures, or worlds while building, literally, a new space in which the sounds can survive? In My Life in the Bush of Ghosts (1980), David Byrne and Brian Eno envisioned a bristling new country where the harangues of evangelicals and Buddhist monks, among many, conversed and together breached inimitable meanings in the moment. And since their methods were analog, they had to trust chance in their synchronization of sound bytes, hoping new contexts and atmospheres emerged from the ingrained expectations of the original recordings. Similarly, for Blood Is Clean, Owens collected a series of one-takes compiled from sessions between January and May 2006, applying very little additional tracks or overdubbing before reaching Kranky on the opposite shore. In fact, Owens is something of a big voice in the Portland experimental scene, working with projects like Nudge and Jackie-O Motherfucker; while Blood Is Clean doesn't go far to extract her from that niche -- or from that of Kranky for that matter -- her first try at the Valet name is an appropriately expansive set of pieces.

According to Owens, her music is channeled instead of fabricated, and a spirit of séance makes every backdrop thick with portent and ethereal glut. So the anatomy of Blood Is Clean is disarmingly simple, often cosmic burdens (oohs, moans, sweet gibberish, industrial scrap, quickly-colonizing bass mange passing as reverb passing as feverish strumming) undercutting electric guitar and Owens's distracted vibrato while a white, miscellaneous din sits on top. Her guitar solos are maybe the most exciting thing happening here; she assaults odd, quiet moments with a half-chub of grace and a whole gang of whiplash. Structure means nothing but prickly fringe at the edge of these eight tracks, and with it goes catharsis. Instead, we're force-fed a barrage; everything is tense, all is trying to wiggle free of tension, and nothing can escape the seismic steps of Owens's march. Of course, the bombast is my own, channeled from years of anticipation following the migration of Godspeed's exclamation mark backwards along its title, but in laying out the whole picture of each track in its entirety within the first minute, Valet leaves little room for the kind of organic growth that one might expect accompanying fractured meditations of this sort. Again, my bombast: Blood Is Clean isn't a stagnant record and shouldn't be tied to tired precedents regarding what it should and shouldn't do, but incidentally the most enjoyable cuts on the album are those with the clearest climbs and the most touching highs.

Or touchy highs: "My Volcano" totally rules because its build is obvious, and when the hints of a muddy orchestra crawling up Valet's back become too much to bear, Valet rubberbands high-strings in your eyes. Even her goofy lyrics I can stomach when the rest is so tightly wound; "Oh hair / Oh me / Oh dear" doesn't kill the rush, especially the way she carries the phrases closely and still sounds careless. Really, if the most impressive dynamics in the songs are only matters of volume, Owens works a slide with fervor. A track like "Blood Is Clean" might be just a gluttonous strum swallowing Valet's vocals, but then some greasy riff eats the whole thing, cools down, and is itself devoured by the reincarnated strum. "Mystic Flood" eats itself, too, all sudsy chimes flipping Hawaiian drum circles into mass graves (gullets), haunting coos growing bold and shrinking away with indiscernible measure. But "Mystic Flood" actually sounds like a mystic flood, and "Sade 4 Bri" seems like an ambient Sade song; both pieces set one pattern and follow it brutally. These two tracks aren't channeled, they're basically just celebrated and switched into gear, and a twelve-minute, morosely long closer like "North" does nothing to restore one's faith in the endless implications of creating a "Fourth World," a place where patience and excitement rightfully feed off one another.

For a debut Blood Is Clean already shows signs of comfortable formula in Valet's work, but too many moments wail with unbridled intensity to render the whole deal prosthetic. Perhaps, if Owens is going to cite Fourth World goals, she'll make a more concerted effort next time to build new contexts for her songs instead of setting down parts and letting them go at it alone. Or perhaps she's just obsessed with white noise, seeing new context enough in all that fuzz.