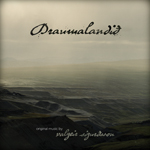 Tracking neo-classical music may be one of the most wonderfully nerdy, challengingly technical niche activities on the independent music scene. Even talking about it in an informed way seems to require some basic knowledge of compositional techniques created literally hundreds of years ago (just try to understand Nico Muhly’s Twitter feed), and whose pioneers, in the age of Facebook, we can’t even have photographs of. It’s combinative in a way that makes mash-up artists look like they’re using crayons, but the movement towards bombast and percussion, while a seemingly nuanced stylistic shift, is almost unknowable without some modicum of formal training. As a result, shining a spotlight on the subcultures for which neo-classical resonates is more complicated than going to an urban center and picking up a free weekly.

So neo-classical unintentionally embodies that ultimate indie fantasy, of knowing who’s doing the next big thing, of possessing some cache of expertise for that identification. But the genre is so couched in its idiosyncratically technical terms—we have our Nico Muhly and our Kingdom Shore and, going back a little further, Rachel’s, but without the vocabulary to articulate what it is that allows us to distinguish them from other neo-classical acts—its exclusivity becomes almost self-defeating. It was only when neo-classical went to far as to literally fuse with rock music (think Godspeed) that we started to understand how to talk about it without, you know, studying.

What the soundtrack provides us, as a genre and in its roundabout way, is a framework for how to talk about classical music without sounding like a complete idiot. Adjectives like “momentous” are useful for the way they’re tied to an actual moment or event in a narrative, but those like “romantic” are not only applicable but have roots in classical music itself. To say that a rock album is “sweeping” is insufficient, but to say that about a neo-classical album is to evoke just that deeply rooted impressionism on which classical music is based. In other words, the soundtrack is an opportunity for classical music to be married once again to the narrative function it once played in a pre-cinematic society.

Draumalandið is the soundtrack to an Icelandic documentary about the environment, based on a book by the same name with the telling sub-title A Self-Help Manual for a Frightened Nation. It’s a topic about which there has been no little contention in that country, nor a lack of involvement when it comes to the musical community—see Björk and Sigur Rós’ extensive work to draw attention to Iceland’s shrinking spaces and hotly contested dam development projects, including Björk’s forward to the book here adapted and soundtracked. So one has little trouble understanding just how fundamentally a neo-classical project, even one that incorporates elements of ambient (Ben Frost guests here), conveys the intense seriousness and anger felt over its subject.

While the record itself is not so revelatory as other soundtracks of similarly combinative style (Johnny Greenwood’s fantastic There Will Be Blood [2007] and Bodysong [2003], for example), one understands how essential it is for a song like “Dreamland,” “I offer prosperity and eternal life…” and “Helter Smelter,” with their over-the-top drama, to be exactly that over-the-top. The Icelandic people’s mobilization to combat government policy may turn out to be inspirational, which is another one of those convenient adjectives that is meaningless when applied to, say, Interpol, but deeply meaningful when applied to music that was once used to encourage enlistment in the army. This music, while difficult to enjoy or privilege with much innovation in a contextual vacuum, springs from those same motivations, that same dissatisfaction and inability to sit idly by. As part of a larger discussion intended to catalyze attention and action, Draumalandið is a valuable participant.

Which also makes Draumalandið, with its ponderous, worried countenance and sobbing strings, a typical neo-classical record. It sounds conventional in its techniques, predictable in its tone, and seems almost impossible to truly appreciate without understanding the circumstances of its authorship. Draumalandið is part of that maddening genre, so obtusely inaccessible while fundamentally melodious, of which Icelandic musicians are so unerringly and apologetically leaders. To enjoy neo-classical music is to enlist oneself in a participatory listenership, to make active that passive role in an otherwise commercial process. What neo-classical albums like this offer is the opportunity to obtain what indie always promises and almost never delivers: that exclusivity that comes of truly knowing.