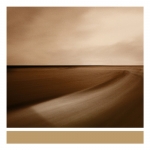 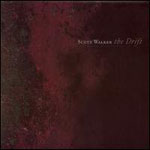 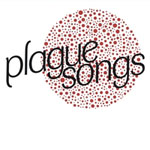 Never let it be said that the Jews don’t let their hair down around the holidays. Purim compels us to get sloppy drunk, Hannukah’s got eight crazy nights, and Rosh Hashana worship is usually augmented by the bleating tones of a ram’s horn known as the shofar (also heard in the first few seconds of The Decemberists’ “The Infanta”). But, at least in the Goldstein household, no Jewish holiday quite stirs the imagination like Passover, a (technically) weeklong sojourn in which the Jews are called upon to remember the period in which they were all slaves in the Land of Egypt, and their eventual freedom. Many outside the faith are familiar with the holiday if only because its subject matter comprises the Book of Exodus in the Old Testament, not to mention the endlessly rerun Charleton Heston epic “The Ten Commandments” and Metallica’s “Creeping Death.”

I like Passover because I get to see my family and eat lots of brisket. But most importantly, I get to ominously recite the Ten Plagues in Hebrew at the dinner table while dipping my pinky finger into a glass of Manischewitz (wine = blood; there’s lots of symbolism on Passover). Never will I cease to be amused by the tiny drawing of an upside down cow to illustrate the fifth plague of “Cattle Disease” within our Passover prayer books. Said plagues were God’s method of punishing Pharaoh for his transgressions against the Israelites, and now provide fodder for the ten tracks within the fittingly titled Plague Songs.

The liners explain that the ten songs herein were initially commissioned by a British arts organization entitled “Artangel,” which utilized them in a theatrical recreation of the Israelites flight from Egypt. While said songs were ultimately played by musicians local to the town where the production took place, Plague Songs features the original recordings. And its no mere B-side dumpster dive either; each of these ten artists wrote new songs specifically tailored to their assigned pestilence.

It’s unquestionably a great idea, so it’s more than a little disappointing to learn that most of these songs feel phoned in. Visual accompaniment no doubt would have helped, but c’mon; Laurie Anderson should have been able to do more with motherfuckin’ Cattle Disease than simply mumble about Ancient Egypt over staid organ tones and intermittent strings. Likewise Cody ChestnuTT (remember him?), who despite sounding like he’s working with a legitimate budget this time, misses the boat with “Boils”; unremarkable horn funk with periodic shouts of “boils!” just to show his awareness of the subject at hand.

Granted, it’s hard to argue with letting Scott Walker tackle the mostly a capella “Darkness,” and his eerie warbling, met with operatic banshee howls, did indeed freak this critic out on first listen. But it lacks replay value, as do most of these songs. Stephin Merritt goes with what he knows on the upbeat, tinny disco of “The Meaning of Lice,” and while it’s essentially Merritt by numbers, one can’t gripe too much about a tune with the lyric “fleas, fleas, STDs, all of Egypt on her knees.”

Ironically, the two best tracks both involve plagues of the insect variety; Brian Eno and Robert Wyatt’s take on “Flies” and O.C. darling Imogen Heap’s “Glittering Cloud” (Locusts). The latter is a memorable piece of dance pop that actually samples the hum of a locust swarm, and Eno’s track is an ambient haze with Wyatt doing his best to approximate the buzzing of a fly. Rufus Wainwright’s “Katonah” (Death of the First Born) is okay too. It’s mournful tones are pretty standard Wainwright, but it takes on an added poignancy because Wainwright details his chosen plague by writing about the actual death of his 19-year old cousin.

Plague Songs certainly wins points for an original idea. But given its dearth of memorable songs, it’s hard to justify its existence as a stand-alone document aside from giving snarky Jewish critics an excuse to write about Passover. The original Plague Songs festivities featuring the local musicians were apparently documented for an upcoming motion picture; methinks these songs will sound better on the big screen.