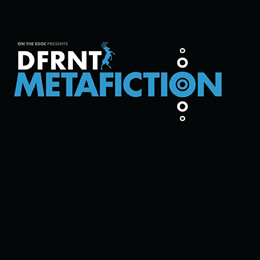 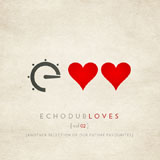 If there was ever any doubt that Alex Cowles is sharpening the very cutting edge of dubstep, dispel it now. The man they call DFRNT offered an engaging spin on the style with his debut album Metafiction (2009), but the newest label compilation from his web imprint Echodub goes one further. Bringing together thirteen upcoming producers, some of whom are seeing their first ever release here, the second installment of the Echodub Loves series is a convincing manifesto of where this genre should be going.

I wrote of Metafiction that “there are times where you question whether you’re still listening to dubstep, and, if so, what that even means in 2009,” and for this compilation you can roll over the year to 2010 and turn the sentiment up to eleven. Dubstep is capable of being some of the most formulaic music imaginable, but now, more than ever before, Echodub Loves 2 blows the genre wide open, leaving only the barest essentials of 2-step influenced beats at 140bpm as a familiar trope.

The opener from Subreachers doesn’t even have that—it’s a beatless slice of piano minimalism that echoes Vangelis’s “Memories Of Green” in both title and in style. The Vangelis tip continues into the second track, and here it actually becomes the comp’s sole moment of cliché as Box Mouse becomes the official 6,000,000,000th producer to sample that scene from Blade Runner. Echoes of Los Angeles, 2019 have permeated electronic music since the early ‘80s, but it feels as appropriate here as it ever has; dubstep will always be tied to the urban landscape that cultivated it, and even Echodub’s intrepid innovators won’t change that. As the template gets warped beyond recognition we might come to define dubstep solely as electronic music concerned with the inner city, the claustrophobic emptiness of high-rise existence reflected in the genre’s manipulation of half and double-time tempos, simultaneously frantic and desolate. With that in mind, Ridley Scott’s vision of the definitive bleakly beautiful future metropolis is an appropriate analogue for this most proleptic of transmissions.

Between them, the thirteen tracks explore more territory than the offworld mining colonies we’ll be signing up for by the time the rest of the scene catches up. Egoless’ “Back Home” is a near-perfect encapsulation of the nostalgic melancholy of implanted replicant memories, snapshots of a hometown you’ve outgrown and moved away from to join up with the neon pulse of the big city. Vandera’s “India Joya” brings the same shimmering glimpse of exoticism to the picture as an artificial snake bought from a shady market dealer, and Lojik’s “White Room” docks with atmospheric drum ‘n bass in outer orbit to exchange sweeping strings and star-bound aspirations.

There are weaker moments, moments that have the temerity to imitate something existing, such as Svpreme Fiend’s sub-Burial vocal manipulations or Dminus’ straight-up dub techno thump. Out of 70 minutes of music we’re talking ten minutes of misfire, which is a decent strike-rate by anyone’s standards and somewhat remarkable for a nascent label assembled from largely unknown producers. And just in case you’re so hype-weary (and wary) that my ravings have dissuaded you, here’s the kicker: this is a free download. Head on over to echodub.co.uk and you can judge for yourself. You don’t even need to sign up to a mailing list, and you don’t even need to like dubstep. If we’re still calling it that.