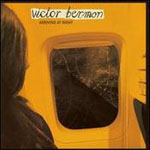 Perth's Victor Bermon remembers folktronica. He remembers those early Books records, Four Tet's Rounds (2003), Caribou when Caribou was Manitoba, maybe a Notwist instrumental or two. Thing is, he doesn't just remember it, he's adding to it. Every genre has its tributaries and mainline, but sometimes it has outlets that pool up after the source has dried. Arriving at Night could be something different, though; the press release calls it post-hip-hop ambient something or other. And Bermon does appear more interested in pristine tones and their careful breeding than he is in cheeky rhythms or glitchy bliss-outs or the sentimentalization of found sound. His air is meditative, his delivery astute, bringing his work into the dangling familial branches of Fennesz or pre-sap Eluvium. Yet the dynamics are too defined; the lines are too apparent and condensed, the percussive elements too there -- ambient don't finger-pick. It's a far cry from any sort of groundbreaking. So, categorization foiled and hyperbole restrained from the point of creating new categories (ambihoptronica!), Arriving at Night is, simply, manipulated instrumentals. And they're often rather beautiful.

Bermon endows them with remarkable fluidity. Tones search for alignment at the beginning of "We Face Each Other," one elongated stream hovering, ascending at a higher and higher frequency as the other's drips intensify in volume, a repeating acoustic figure creating an undulation that crests and dips into both firmaments. The drips are pulled up into the loftier body, then reprise as Bermon teases with a soft drum patter that disrupts some of the surface tension; the percussion quickly disappears and the progression pauses before the advent of an oil-in-water dispersion rippling through the mid-to-high register. On "Unprepared" Bermon rewinds oscillations and distensions through the unraveling of an arrangement before putting it back into "play" at the four minute mark, without a single hitch.

"View of the Islands" showcases more of Bermon's producerly abilities: he can chop his instrumentation with purpose, creating a loop that feels whole out of disparate fragments from the source; he can evolve his drum programming subtly, both in its sequencing and in switching up his hits; he can clutter a track with a wave of natural and synthetic sounds, all of them deftly tweaked and slightly skewed; one might not even notice just how much is going on, just how many islands are in view. Might not notice that what looks like two islands are actually one, or that the supposed big one is actually two. And might not be able to see how nature is lapping away at the borders of all of them.

Bermon packs each track with simple melodic motifs that jostle for position, but they do so with supreme manners, and never does one glory note burst in to dominate the mix. "On the Way Back" is a quickly piling rush of layers upon layers (some of them backwards), but it never shouts, and at less than three minutes it's as brief as it is soft-spoken. This equality without hegemony sustains the listener's interest through each song; Bermon demands nothing and never grandstands; he simply conducts. Humility characterizes much good art, but without talent the humility is ineffectual and false. Bermon's expressiveness on Arriving at Night is self-limiting, and even wordlessly self-abasing, yet "worded" with care and eloquence; he pays equal mind to both the needs of the song and the grace of the song above any inclination of the artist's ego. And that might be the key to making elegant music.

It's also ephemeral music, leaving rubber impressions while all its chimes and clicks and strums and thrums and kerplunks barely muster up as much substance as a pleasant dream. During a listening, though, Bermon's debut can send the air into quiet little thrills. The album glides to a close with "On This Night," and as Bermon interweaves his twittering or sighing tones, his acoustic figure-eights, and his firecracker-in-puddle drums, he crafts a final note to ring, to be forgotten, and only then to be missed. Arriving at Night gives memory very little to preserve, and in so doing it cleverly makes its presence all the more precious.