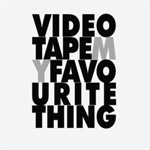 It’s beginning to dawn on me that what might be more important than a group’s technical competence or writerly vision is their taste and desire to duplicate the right sources. If both Us and Them mentalities are subsumed into products of equal consumability, music is learning to sit on the curb outside the party of these paradigms; market music deems the consumer act tantamount to the political act and artistic gesture, so the options become to make music outside the market or to learn how to shop. The choice between free/fair trade or, to a lesser degree, indie/major (or, more broadly, CD/online), is a loftier one than it used to be.

Map that choice to the kid in his basement, deciding how (what he thinks of as) his identity should sound and what it should say, what amounts to one’s best use of the shrinking window of their time at the music game’s cruel plate. Genre play ends up being a reflection of the environment in which music today finds itself—synthesized among alien information on Myspace profiles, marketing itself virally, and moving across the spectrum of birth, sophomore slump, reinvention, solo albums and breaking up at faster rates and with fatalistic inevitability. The choices that one makes within this too-tight framework, one which needs to be exploded soon by defining whatever “outside the market” means, may be slavish at the altar of taste but appropriately so given the consumer act is posited as the only vestige of voice and identity in a spending culture. The concept of taste is emptied of its elitism; there isn’t good taste and bad taste, only the limited capital of bucks, time and effort, and a lot you can buy with it.

Which is why the first thing I want to applaud Videotape for is having the type of taste that says it’s okay to make this economical sound that voids the depiction of the writer drunk on his own creative juices, a dumb concept that suggests a saxophone solo or marimba without knowing thing one about the instruments’ cultural histories or varied uses. The concept of good taste might not be as elitist as it once was but it still thankfully suggests that creativity for creativity’s sake is only rewarding insofar as you’re the one creating. The rest of us have to listen to it. It’s energizing, then, to find Videotape’s formula with excess repetition, simplicity, and texture interlocking like a two-piece puzzle, and finding that it’s still engaging and exciting to hear.

What might be the other lasting image of why Videotape are a great band has nothing at all to do with their songs or how they sound: while setting up to play an Ottawa club, one of their two singers asked the soundman to put on a record, Ariel Pink’s Haunted Graffiti’s Scared Famous (2007). It was as much a declaration of identity as anything they’d soon play, even if he just wanted to listen to something he enjoyed while checking his tuning. It was a gesture that signaled, at least to me, that I was among those whose consumer choices reflect my own, who recognized that the choices are diffuse and that to fill the spaces we live in with our choices is to suggest that old timey concept of community; I was sure I was about to enjoy Videotape’s set. And I did. A lot.

Comparables are numerous and obvious: on “Night Lights” they’re like early Animal Collective if Animal Collective’s early music had been less polished versions of what they’re playing now rather than sound collage, though admittedly without the terror range of Avery Tare’s vocals and the quasi-surrealistic imagery; on “Smiling Heads” a Sonic Youth post-chorus solo and unstoppable two-chord verse that recent converts to No Age and Wye Oak camps will read like personals ads; on “Underwater” the staccato piano strikes mined by Arcade Fire, LCD Soundsystem, and so much etcetera but with a commitment to never break into the full throated bombast to which those acts too frequently concede; I could go on, referencing Television, Talking Heads, psyche-rock staples and Flaming Lips, and that giant, obvious Velvet Underground exclamation point of a dirty neon sign. But it suffices to say that Videotape are an exciting, fresh young band because they choose to play music in the style of bands once considered exciting and fresh.

Purity is a contentious concept, and not one I generally have patience for, but I’m starting to turn myself on to the notion of a beautiful purity, the gorgeous potentialities of choices not yet made. In Videotape I hear their own enthusiasm for that choice: music provides it, empowers through it, is interesting because of it and, whether cognizant of it or not, this is a band that relishes the space in which they are allowed to make a choice. Relegating music-making to a question of taste doesn’t empty the act of importance; I think it’s at the center of music’s absurd relevance, keeps it simple, elegant, and bracing all at once. When the right bands come along and make a choice in the name of that choice’s pre-punctured bubble they’re preserving democratic spaces and arguments over music waiting to happen. Whether conscious of it or not, I feel like these boys know it. It’s so easy to like Videotape they may as well be a Beatles cover band.