Other Records by Voxtrot 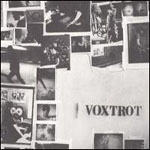 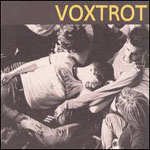 Meet my roommate Ryan. Ryan’s a music major, and like most music majors has a taste in rock that most indie critics would consider dodgy at best. He’s the type of dude who can figure out how to play a D minor augmented second chord on any instrument and write a three-part Gregorian chant over it on command, and yet swears that Coldplay is better than Radiohead. He improvised a genuinely awesome guitar solo over “Come on Feel the Illinoise!” while I played it over my stereo, but afterward bafflingly accused Sufjan of “totally ripping off” Dark Side-era Pink Floyd. He’s also the spitting image of Owen Wilson, save the mangled nose, and sees more action in an average week than I did in four years of high school. You get the picture.

Anyway, Ryan came into our room last week while I was spinning the excellent self-titled debut EP from Austin’s Voxtrot for probably the 37th time, stopped to listen for a few seconds, then with a wide grin, exclaimed “man, I fuckin’ love Travis!”

I had to wait a few days before I could muster the courage to get through listen number 38. It wasn’t like I thought there’s really any reason to confuse the two bands, but I could almost see where he was coming from; in a sense, there isn’t much that separates the soggy worthlessness of 4th-generation Brit- Pop like Travis from the densely tuneful songwriting mastery of Raised by Wolves. Both groups share many – though by no means all – of the same classic Anglo influences, like The Beatles, Belle and Sebastian, and especially The Smiths; and like those groups, Voxtrot specializes in the type yearning, hyper-melodic guitar pop that people always seem to credit with saving their lives in high school.

What sets Voxtrot apart (aside from their Texan origin, of course) is their ingenuity, and, yearning though they may be, how much fun they seem to be having playing these five songs. Opener “Raised by Wolves” sneakily shifts in texture five times in its first minute or so, but frontman Ramesh Srivastava’s utterly contagious vocal melody, backed by a deceptively tight rhythm section, is pure pop. “The Start of Something” will probably garner the band some “Smiths tribute act” accusations, and not unreasonably (lines like “if I die clutching your photograph / don’t call me boring / it’s just ‘cos I like you” don’t help), though neither Morrissey nor Marr has penned a song this catchy in some time.

The gloomier “Missing Pieces” rocks harder than anything else on the record, with its layered twin-guitar attack more than a little evocative of Interpol. The song steadily builds in tension and volume right up to the chorus, when Srivastava’s almost weepy declaration of “I miss youuuuuu, oh!” happily sissies it all out, reminding you that this is an indie pop band, after all. Following the slight “Long Haul,” the record closes with probably its best track, “Wrecking Force.” Here, the band finally sounds like they’re onto something uniquely its own; the song moves seamlessly from its melancholy verses into its closing refrain, where Srivastava’s cries of “you are the wrecking force” sound like some weird and wonderful call to arms.

So while Raised by Wolves definitely hints at more greatness than it delivers, it’s still probably the best straight-up guitar pop record I’ve heard this year, and certainly deserves to be heard by anyone with a passing affinity for its influences. Maybe even Travis fans.