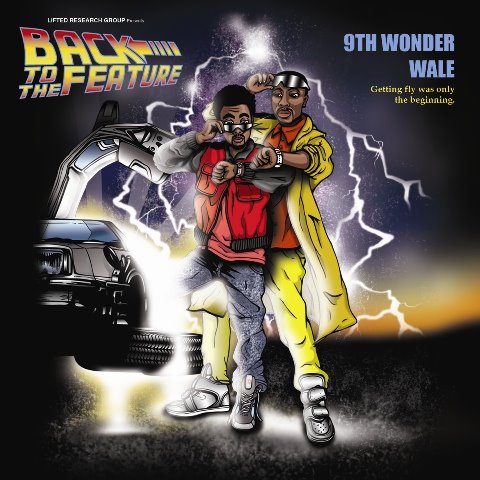 Back to the Feature Mixtape

Searching for some loose narrative to awkwardly apply to this unnamed decade’s hip-hop, as we writerly types insufferably must, the most interesting concept that’s crossed my brain concerns the mixtape. Rap, after all, is the genre of the mixtape—Spoon doesn’t release double-discs of Britt crooning over Vampire Weekend and Mclusky. And while the mixtape didn’t originate in the oughts, the growth of the internet into a now-ubiquitous forum combined with a more-is-better attitude permeating rap has transformed the mixtape into a space not just to dump non-album duds, but to further notoriety. Or, in the case of one cackling, dreadlocked savant, to build stratospherically successful careers.

Of course, Wayne’s success, dumbfoundingly great as it is, is the macro to many MCs micro models, and the arrogance many rappers seem to possess inherently obfuscates that fact. I don’t know what people have been saying about Wale—who sounds pretty defensive at times—because I haven’t read Nahright in a bit, and Joe Budden (featured here) needs to stop angling for his own reality show via Youtube videos and start responding to Saigon’s utter dismantling of him. The mixtape has spawned more internet rappers who think they’re much-talked-about than bona fide ascensions to notoriety.

Ignoring the dearth of mixtape-to-MTV leaps, on a relative scale, mixtapes have provided us with a satisfying handful of moments that have, if not caused us to reevaluate the hip-hop landscape, at least take notice or reshape our opinions of a few rappers. Drought 3 (2007) or, for some, the first two Dedication tapes are the megatons, but Month of Madness last December announced Freeway’s metamorphose, the We Got It 4 Cheap series whet our appetites (and then some) while the Clipse toiled in major label turmoil, Charles Hamilton staked his bid at success on unbearably persistent mixtape output (and lost), Jeezy dropped a Gangsta Grillz before his freshman effort, and Curren$y, fresh of a batch of scorcherous collections of free shit, recently announced his arrival to the world of official releases by clearly stipulating the release was not a mixtape.

Wale gets this, that to carve out his niche he needs to give away some product for free; rap is a grind-to-play sport these days. The Mixtape About Nothing (2008) was Wale’s most fully-realized work to date, the District of Columbian growing organically into an intriguing amalgam of Danny!‘s down-to-earth charm and T.I.‘s effortlessly vociferous swag. Back to the Feature is, instead of another confident stride forward, a pre-album, visibility-increasing reminder that Wale’s the same guy, primed to finally release something available in your local Best Buy with an Interscope insignia on the back.

Mission accomplished, I guess, but I place Back to the Feature in heaps of context because, on its own, it’s a remarkably static confirmation of things we already know. Wale is at his best when he’s kicking bombast and sports metaphors in the tone of a well-versed conversationalist trying to court women in a dive bar: sleazy, funny, and full of himself in a way that’s more grin than groan-inducing; essentially being hip-hop’s Rich Eisen. 9th Wonder—who represents Wale’s greatest hindrance: a marginal ear—is formulaic but serviceable, leaning on soul samples and tired drums, providing a capably unadventurous backdrop for Wale and his guests, who are paradigms of themselves. Peedi Peedi bounces through his turn, an inexhaustible flurry of consonants, Memphis Bleek sucks, and Royce Da 5’9 reminds us he’s approximately 58% of the reason Slaughterhouse’s forthcoming LP will be worth a listen or two. Wale feebly attempts a more Elzhi-ish steez a few times to diminishing effect, and Talib Kweli’s “tighter than Michelle Obama’s arms” bullshit sounds even more inconsequential on the same record as hard-edged verses from State Property vets Beanie Sigel, Freeway, and Young Chris, who joylessly tear through the mercifully minimal horn stabs of “Cyphr.”

So, with the September release of Attention Defecit looming, and its gaudy “featuring Lady Gaga” banners that should play the mid-song skit from “Patti Dooke” inspiring mild fear, Wale’s strengths and nagging weaknesses persist. The good in all of this is that Wale, thus far, lacks the stigma many of his peers seem to possess. Which is to say he’s resolutely himself, warts and all, without posturing towards some unattainable demographic that would probably like “that one song” and move on anyway. This isn’t a step forward or back so much as shouting-in-place, but we’ll see where Wale ends up when he’s blessed with a bigger megaphone.