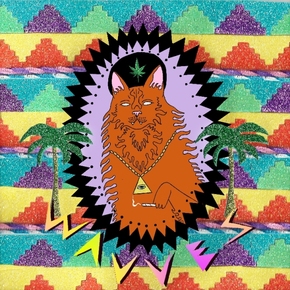 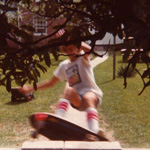 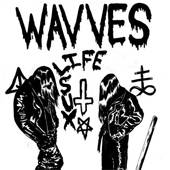 In a standout track from the five-song Life Sux EP, Wavves’s Nathan Williams aligns himself with rock royalty, hoping upon hope, “I wanna meet Dave Grohl / I wanna be Dave Grohl.” It’s telling that he would choose Grohl to idolize: the allegedly down-to-earth, hardworking rock ’n’ roll lifer possesses the very qualities Williams is often derided for lacking. If Williams really wants to be Dave Grohl, then most would say he’s headed down the wrong path—or maybe he’s just messing with us.

Wavves’s breakthrough King of the Beach (2010) was a collection of fresh, cartoony surf-pop all about what it’s like to be an obnoxious, shallow asshole everyone hates. While many acknowledged the album’s ramshackle, Beach-Boys-flavored appeal, King of the Beach also buoyed a vicious anti-Wavves movement whose core tenets include (currently) those who saw nothing appealing in the guy singing about being an obnoxious, shallow asshole, because that’s the kind of guy they thought he was/is. So, yes: Nathan Williams makes music that’s occasionally disposable, often willfully stupid and juvenile—but it refuses to be tepid or bland. Wavves is Wavves and Williams is Williams, unfailingly, and it’s this overblown swagger that’s seen as compensation for his lack of technical ability. Which can be pretty hard to stomach if you already think he’s an obnoxious, shallow asshole, but since when is pop music about maturity, songwriting ability, or accomplished musicianship? King of the Beach was anti-that. Life Sux is anti-that. And they both are alive with charisma—irritating or not—and trashy, infectious power-pop.

At five short tracks (plus one bonus live cut), Life Sux is in some ways an example of the EP format done right: a reasonably tight array of songs; smooth enough but not overworked; comfortable and consistent yet not homogeneous. Though one notable downside to Life Sux is that it lacks the variety and adventurous spirit of King of the Beach, with Sux‘s tracks adhering pretty closely to an early Weezer-style standard of simple four-chord, verse-chorus-verse ditties. In spite of its pre-teen-graffiti title, Life Sux also loses King of the Beach’s gleeful focus on the ephemera of adolescence; and still a bratty, juvenile attitude reigns. In “Bug“’s sneering chorus, Williams spits, “You’re no fun, you’re no fun, you’re no fun / You’re just dumb,” as though it were the biggest insult ever, and “I Wanna Meet Dave Grohl”’s hero-worship feels tantamount to doodles in an eighth grade notebook.

The most fully realized songs here are probably “Poor Lenore,” a grunge-era throwback with a hook impossible to remove from one’s head, and “Nodding Off,” a Best Coast duet which actually, surprisingly tones down Williams’s more whiny tendencies, and would probably fit in as a cut from Times New Viking’s recent Dancer Equired (2011). “Nodding Off” is not terribly special, per se, but it’s a rare Wavves song that’s allowed to breathe and gather momentum rather than crashing off the rails. The best fodder for the anti-Wavves movement here would have to be “Destroy,” a collaboration with Fucked Up a tad too lame and lazy for its own good. Damian Abraham just does what he always does, which fits into Williams’s Williams-for-the-sake-of-Williams ethos, except this time Abraham doesn’t have anything good to work with. Williams is trying to do some kind of funny hardcore pastiche or parody or God knows, but it simply comes off as a cliché. The only enjoyable part of “Destroy” is a brief, melodramatic vomit sound over cheerful guitar. The rest, unfortunately, is cutting room floor fodder.

Life Sux is no King of the Beach; if anything it’s a minor diversion on which Williams seems to be toying with the idea of slowly toeing into maturity. As easy as it is to hate him, Williams continues to show that he’s got something—a knack for hooks, a bullyish bravado—with a sense of longevity. Nathan Williams will never be Dave Grohl, true. And he will continue to engender haters with more obnoxious, shallow asshole-ism, provoking, annoying. But he’s also putting out some undeniably brisk and fun pop music. And sometimes Dave Grohl can’t even say that for himself.