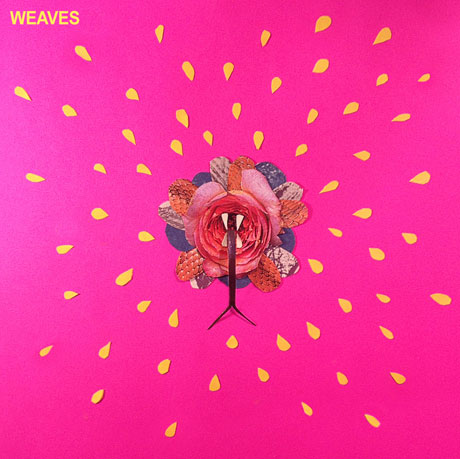 Last year, Beck released three stand-alone singles which, at the time, I’d hoped were an indication of strange and intriguing things to come. The songs—“Defriended,” which is freshly angular, all sputtering drums and Beck’s acoustic guitar spinning off surfaces; “Gimme,” which is admittedly sort of goofy and seems a bit like a toss-off these months later; and “I Won’t Be Long,” which is absolutely lovely, except for a quizzical break right in the middle which leads one to wonder if there was an iTunes encoding error—are not just Beck-like. They’re everything in Beck’s kitchen but the sink, an amalgam of seemingly contrapuntal ideas, orbiting undeniable melodies and the familiarity of that voice. When listening to those three singles, it felt like I was listening to something new, which is to say, something current, something modern. I don’t know how long it’s been since I felt that without exiling myself to the inaccessible corners of the avant-garde, those spaces on the internet that make you work for it before you can gain access to the music’s inner meanings. So, yeah. I was genuinely excited for a new Beck album.

Anyway, Morning Phase turned out to be a downer, though a perfectly nice sad bastard album if that’s what you were hoping for—accomplished and listenable and appropriately weighty given the gestation period, but also sometimes very boring, and certainly trod ground. I enjoyed it that one time I listened to it, but I feel little impulse to give it any more of my time. What is there to learn from it? What are its abilities to surprise? And that brings me to Weaves.

The idea I’m playing with is that Weaves is the promise of last year’s Beck singles, except perhaps even more fully realized. While Beck has the luxury of putting those singles out as afterthoughts while pouring his effort into a big serious album, Weaves have constructed their very identity around the notion of the off-kilter, the accumulation of noises and sounds, and the underpinning, central belief in miraculous melody. There’s something punk about them; not only in the tempo, which pops with energy, peeling apart seams, but also in their apparent lack of interest in the traditional, the weighty, the Big I Important. In their best moments, Weaves distill the spontaneous aggregation of the net-era band, pulling from disparate sources, setting the filter to minimum, and just letting things build of their own accord.

They’re not exactly the only ones doing this. At times I was reminded of tUnE-yArDs, Micachu and the Shapes, and the Marches. Weaves singer Jasmyn Burke’s vocals even brought Lykke Li to mind. The running bass line in “Motorcyle” made me think of Vampire Weekend. The rolling drums of easy mid-tempo jam “Do You See Past” made me think of High Places. But there’s a difference that’s difficult for me to put my finger on. While Weaves sound like a band of their time, this, their self-titled debut EP, seems so rich with ideas that I want to elevate it, to highlight it apart from all of those other bands I just mentioned. What I’m hearing is a band tripping over their potential, gushing to get it all out.

What Weaves sound like, is young. And while Beck disappointed at least this listener by following up his youngest sounding music in years with a long, overwritten, old-seeming Mega Release, this Weaves EP is a good example of why people listen to and write about music. It effortlessly appears, on fire with enthusiasm and ideas, skillfully assembled but totally unpinned by moderation or fear. It’s an indie release, through-and-through, in that it sounds and is independent, on its own, even original.