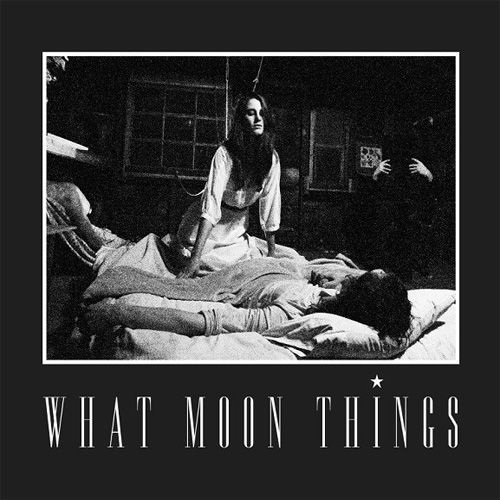 It’s strange, this ineffable thing we lose as our youth evaporates. Something, perhaps, having to do with the more self-sufficient we become, the less self-sufficient we feel. Each day teeters on an invisible edge, and I imagine that in some ways that’s true for the rich and hale and hearty, too. I wouldn’t go so far as to term the result of this “fear” or even “anxiety,” those words feel too strong. But maybe even that weight of feeling might be better than this dull needle, death’s slow injection into your awareness of your own entropy and decay. Hell of a depressing way to kick off a record review, I know.

It’s a good thing, though. With age comes wisdom, as the adage goes, but wisdom is the fear of God, says the proverb, and to put that in more relevant terms, it is the acceptance of your own insignificance and impermanence. And that’s all fine and dandy, except there’s something of equal or even greater value: the recognition of what we’ve lost or are losing or have yet to find, and in that lament there is both peace and ecstasy. I feel like this is what What Moon Things, roughly but sorta perfectly, capture on their debut. And the intensity with which they do it is key, because suddenly the dawn of wisdom is a vital and alive moment, and not a bitter waning into a curmudgeonly era.

Let me be up-front about something here: What Moon Things do play the pick-your-influence game so prevalent amongst indie rock bands. Now, they play it well. But you’ll read the PR about how My Bloody Valentine is one of their influences and you’ll be saying, “Not hearing it,” and then all the sudden there’s that shift where “Doesn’t Make Much Sense” goes from sounding like a particularly bilious Nirvana b-side to the coda with a guitar lead that sounds like it’s using a Hoover vacuum for an amp and you’ll say, “Oh.” Then the next song, “Squirrel Girl,” has full-on glide guitar and gauzy key pads, and is that much more the jam for it.

And, yeah, apparently ’90s alterna-rock is alive and well in the hearts of these guys, as they ladle on the echo, tremolo, and backwards effects like none of it ever went out of style. Single “The Astronaut” kind of reminds of Soundgarden, thudding drums and a guitar line that chugs out bright quarter notes serving as bed to elongated vocal drawls about “blue bell sirens in my oxygen” and “alcoholic dreams” and do-do-dooing harmonies that somehow work. But What Moon Things trade in the more crude vestiges left by grunge’s eddy for atmosphere and ambition.

Which, let me also be up-front about this: this debut’s got all the cheap Album tricks. I mean, the (great) opener’s called “The Vampire” and the penultimate track’s “Vampir” (a quick post-rock build-and-break to a sylvan comedown with warbling synth and the song’s title its mantra, like Slint covering the Cure) whilst the cover photo emanates definite Nosferatu vibes. Also, there’s an ambient interlude, and, yes, it is called “Moon Things.” Despite the obviousness, though, as far as half-hours of music go, this one is pretty immersive and cogent, and that’s an impressive feat for a band in their infancy. They make minor chords sound major, their aesthetic is varied but united, and you might even lose yourself enough to pump a fist or two.

Thematically, the vampire thing actually is a fascinating reference point. Vampires are often depicted as empowered, but, really, is there a more pathetically dependent superhuman in mythology (they’re blood junkies)? And, I mean, garlic and sunlight are like kryptonite to them. They must have nightmares about Italian food on the beach. So, What Moon Things laugh at tradition’s notions of immortality. And in punk anthem closer “Sun, Where’s the Fire,” they touch base with their own name: “Sun, where’s the fucking fire,” they howl. Obviously, the moon’s luminescence is but a reflection of the sun’s burn. What Moon Things seem a tad bothered by this, this reliance on something external for light, life, a glow of one’s own. In retrospect this becomes a fitting thesis for the album as whole, and in the exuberant power-chord noise of their finale’s climax, it’s as if they’re declaring their independence. Which is impossible, of course, but the artistic statement itself has its own life, its own shine. It’s a copy of a copy of a critique by now, how dim the inspiration in current indie rock, copies of copies of copies. Thank God, What Moon Things bring the fire.