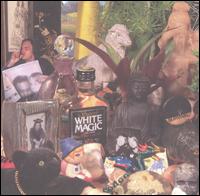 Through The Sun Door

As anyone who’s ever gone onstage at 8:30 can tell you, being an opening act is generally a thankless job. Your 25 minute set is attended sparsely (if at all), and you’ll probably wuss out and act as if you realize you’re the hired help---pausing only to meekly make note of the merchandise booth when you should be rocking the seven or so audience members on their ass.

I’ve noticed that some NYC venues go as far to purposely publish fraudulent set times in the Village Voice as a means of tricking unwary concertgoers into viewing the opening bands; Richard Ashcroft will release a listenable solo record before a band at the Mercury Lounge will hit the stage any earlier than 45 minutes after their posted time. Sometimes you’re treated to the proverbial diamond in the rough; I had never heard any Radiohead songs other than “Creep” before I saw them open up for R.E.M. in 1995. But I’ll readily admit to being one of those assholes who usually views opening acts as the ideal time in which to hit the Red Stripe.

But when Sonic Youth came to town a few weeks ago, I adopted the "if Thurston Moore likes ‘em, how bad can they be?" mentality and made an effort to catch White Magic’s opening set. This was ultimately a good decision as I was relatively captivated by the dark overtones of the local neo-folk trio’s 30 minute set. I liked how frontwoman Mira Billotte, in addition to competent piano and guitar playing, shifted to drumkit for the final song, and her ability to jump vocal registers at the drop of a hat brought to mind both Grace Slick (a “White Rabbit” cover from these guys would kill) and Mary Timony. I also liked how guitarist Andy McLeod readily accepted his role as the comic relief guy, cracking jokes and dedicating a song to “that kid outside in the Terrapin Station T-shirt,” leaving me to wonder if McLeod was actually a fan of the Grateful Dead or merely poking fun at same. I enjoyed White Magic’s set enough that I went out and purchased Through The Sun Door the next day, and the last time I afforded an opening act such a degree of respect is when I purchased, well, The Bends.

Then why have I had such a hard time enjoying this EP? Part of it could be the piano-led songs “One Note” and “The Gypsies Came Marching After," both of which are so goofy as to render them borderline unlistenable (and the piano sounds like a Fisher Price model).Or maybe it stems from the lack of hooks. While Mira Billotte’s voice remains a powerful instrument, she doesn’t so much sing actual words as whoops drawn-out notes that sometimes take on the form of words. The closest she comes to matching her vocals with discernable phrases and a traditional verse is “Keeping the Wolves From the Door,” and it’s by far the most notable track here. The darker tones of “Apocalypse” and the cover of Earl Burroughs’ “Plain Gold Ring” make the best of trying to capture the eerie pull of White Magic’s live show, but these are slight, and further offset by the unfortunate silliness of “Don’t Need” and "Gypsies.”

In retrospect, White Magic’s biggest problem may simply be that their songs don’t translate nearly as well in the bedroom as they do onstage. While I couldn’t help but be pulled in by the image of these three individuals performing the songs from Sun Door in the confines of a dark room, playing their album usually results in me picking my nose and wondering what I’m going to order for dinner. Less piano and more slow-burners would be a step in the right direction.