1. These Hands
2. January Twenty Something
3. Against Me
4. Even the Good Wood Gone
5. Into the Shadows of My Embrace
6. One Rose
7. On Rose Walk, Insomniac
8. Berkeley by Hearseback
9. This Blackest Purse [mp3]
10. Eskimo Snow 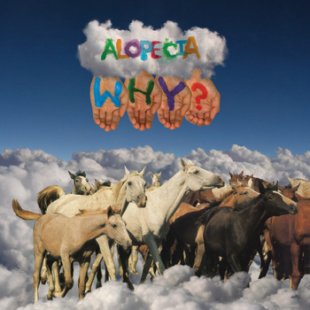 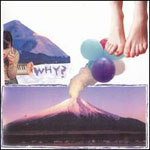 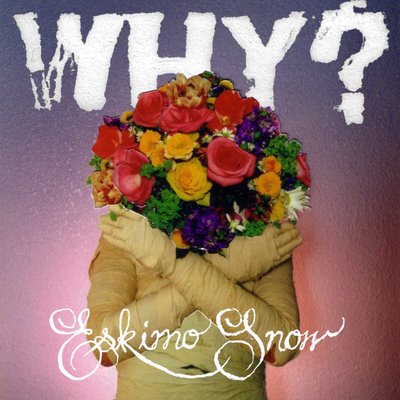 I’ve had enough conversations with insomniac comrades to understand the brain’s “off” switch sometimes short-circuits, triggering nights-to-mornings of restless tossing and aimless pondering, much of it worrisome. To be sure, a lot of ugly minutiae rests behind the crest of a neurotic male’s lower lip, keeping vague, haunting insecurities and infantile fears from spilling into the ears of lovers, acquaintances, and friends like so much embarrassing ejaculate. Yoni Wolf, in whatever incarnation he assumes, seems to let his lip slack a bit more readily than many of us, letting out in nasal tones the monsters beneath his bed, in his refrigerator, and his apartment’s insulation.

This permutation of Wolf’s obsessively desolate songwriting approach feels less satisfying, but it does posit “cumbersome” as something of a double-edged sword. When Wolf mewls “I wish I could feel close to somebody, but I don’t feel nothin’ / Now they say I need to quit doin’ all this random ffffffff—” its weight is felt, and its bluntness feels earned, as a line so direct stands in opposition to his wonted approach of fractured metaphors and willfully weird imagery. Which isn’t to say Wolf strays too far from his well-trodden path. He still tosses off oddly affecting non-sequiturs and plots out striking analogies, comparing sex with walking and smoking, soaking his hands in paint thinner as he goes along, bemoaning in a very relatable way father/son relationships and the lingering specters of exes. It might be the most raw bloodletting he’s ever committed to tape, even if it sometimes lacks Alopecia‘s (2008) vividness of language.

Disappointingly, the compositions, which through Alopecia shifted fluidly from dense, adamant romps to sugary pop, are comprised in principle by same-y pianos and comparably hollow climaxes. When Wolf barrels into the full-on shouting at the conclusion of “Into the Shadows of My Embrace,” the guitar that’s meant to echo his post-confession pangs whirrs along emptily. Too often, the music sounds borrowed from Alopecia‘s latter half, but while those songs buried the dribbling piano parts in numerous other intriguing sounds, creating a pastiche as busy and complicated as Wolf’s afflictions, Eskimo Snow‘s tracks are sparer—perhaps meant to mirror Wolf’s more restrained approach, to fit the mold of what he’s called in interviews “song songs”—but less interesting for their slight sound.

That fledgling poignancy, glowing from its aches, diminishes through the album’s second half as Wolf’s manic confessions lay in an exhausted heap, hungover and regretful. Blood is finite, after all, and hearts can only bleed for so long. So three minutes into “One Rose,” Wolf falls back on phrasery recalled from Alopecia—the only explicit reminder of this record’s close relationship to its antecedent—which forecasts Eskimo Snow‘s sleepy denouement, a three-song suite of weary ballads that merely hint at the first act’s hysterical dread. While this is undoubtedly Wolf’s release that most forsakes abstruseness and poetry for direct, frothing discontent, the title track closes the album with a sweetly intoned, delicate simile: “All my words for sadness / Like Eskimo snow on unmanned crosses.” It would seem Eskimo Snow simply categorizes those words in a bit more careful, less adventurous fashion than Wolf and company have revealed before. While this latest release is quite literally the second side of the same coin (or recording session), it feels flatter.