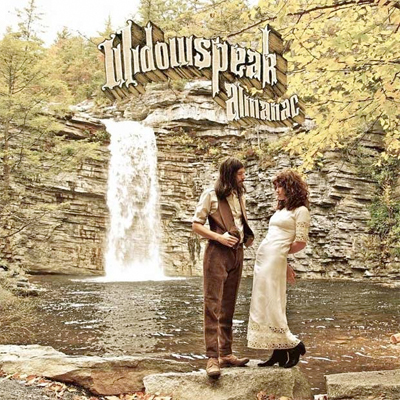 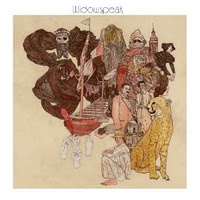 The aloofly haunting and unassuming self-titled debut from Brooklyn’s Widowspeak is built of modestly psychedelic and frequently soft songs. There’s something almost thematic, in fact, about the record’s unobtrusive nature: its first single has “shy” in the title, while other popular topics include spirits, life in the woods, and long, slow drives in contemplation of lost love. Lead singer Molly Hamilton, who can’t survive a single review (this one evidently included) without a comparison to Hope Sandoval of Mazzy Star, has a range composed entirely of fragile, longing tones; guitarist Robert Earl Thomas, meanwhile, plays his sleepy leads with the inexactitude of intoxication. But put together, all these elements make for a singular, distinctive, and rightfully-celebrated entrance into indie rock, quiet but worth shushing others to hear clearly.

It all begins with “Puritan,” which boasts the stubby groove and blues base that frequently earns Widowspeak an association with grunge—but given how much faster and, well, grungier the song is than the lot of what follows, the label is largely inaccurate. Instead, “Harsh Realm” is the earliest cue of what might be deemed the band’s signature sound: dogmatic chord changes roll calmly as sly guitar figures float upward as if made of hot air, and Hamilton offers a set of forlorn lyrics more fit to whisper in the ear than sing from stage. “I thought of you because / I always think about you,” goes the chorus, capturing the sorrow of a starry night spent alone. The percussion of third member Michael Stasiak is minimal and sonically subdued; as such, the song seems as if bleeding through a nearby room, a perfect match for its delicate despair.

That isn’t to say that Widowspeak finds comfort at languid pace and in heartbreak alone. At its most ferocious, the band approximates the low-fi quirk of the mid-nineties roster at Elephant Six; check out “Fir Coat,” almost pre-made for an art school girlfriend mixtape, to hear bubbly surf guitar and even a few joyous coos from Hamilton. “Nightcrawlers,” a supreme slice of desert doo-wop, includes both an ominous chorus (“It was just the night / It wasn’t you”) and a rollicking guitar solo that sounds like the strangulation of a scavenging rodent. And “Limbs,” the loosest track here in terms of structure and most audacious in terms of instrumentation, could have been an outtake from Portishead’s Third (2008): before Thomas ends the track with robotic whole notes that chill from a distance, Hamilton’s creepy delivery and haunting harmonies hang above a lurking cello and picked acoustic guitar. “What to do with working limbs?”, she asks early on in the song, at once channeling a childlike sense of inquiry and the twisted gusto of a foreshadowing sociopath. Even without percussion or much in the way of hope, it works.

Then there are two championing moments, bright in content and arrangement at once. “Gun Shy,” an early single that sustained interest in the band for months, uses seaside strumming and spy theme riffing to set up its clap-your-hands chorus. And “In the Pines,” which somehow stumbles its way into slow funk before evolving into aural paranoia, allows Hamilton her one flash of sultry, albeit shadowy, swagger: a line about meeting up “in the pines where the sun never shines” is, in the context of this entire album, quite the come-on. Upon second listen, the song reveals itself to be about Native American history and a return to nature—but one can be forgiven for originally construing sexuality from its quivering vocal and gentle allure.

By the time Widowspeak winds down with final track “Ghost Boy”—an aching fusion of reflexively dueling guitars and, in the style of “Venus in Furs,” Phil Spector drums on codeine—a mere 34 minutes have passed. But what this band lacks in duration it makes up for with cleverness, coyness, and just plain approachability. Its winning, all-pleasing debut, quiet as it may be in a scene overcrowded with showiness and incessant bids to polarize, is perhaps a mere pebble dropped in a sea—but with will and wit enough to ripple as far as a boulder.