1. Catherine Dupree
2. Just To Know What You’ve Been Dreaming
3. Vultures Await
4. Just Some Silence
5. Sleep A While
6. As Victims Would
7. Closing Down My House
8. On, Caledonia
9. Your Bulldozer
10. A Thousand Other Parts
11. Fly, My Sweet Dove
12. Nothin’ But Godzilla

Other Records by Will Johnson 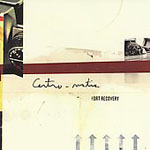 Though he certainly hadn't been hibernating for the six years between releasing Centro-matic's great Redo the Stacks (1997) and last year's Love You Just the Same, I'd only heard--and was disappointed by--small pieces of Will Johnson's immense body of work. As such, I'd never really bothered to look into his endless other projects---including a solo record previous to the one I'm currently reviewing (2002's Murder of Tides), and a handful of records with South San Gabriel.

Vultures Await is Will Johnson's latest solo release, and again all that seems to be separating it from Centro-matic's records are a change in surrounding personnel and a minimized use of them. A lot of Vultures is performed solely by Johnson, with either just an acoustic guitar or piano accompaniment--much like Jason Molina's toned down Pyramid Electric Co earlier this year. But, unlike Molina's record, Johnson decides to also bring in extra musicians; sometimes to add atmospheric garnishes and, in a few cases, a full band arrangement that is all the more startling given its desolate context.

"Catherine Dupree," a repetitive five minute solo piano track that instantly makes the Pyramid comparison clear, opens the record. Thankfully it doesn't constitute all that Johnson has to offer on Vultures: Johnson instantly branches off with the record's second track, "Just To Know What You've Been Dreaming." An extremely Wilco-esque melody backs a more fleshed out arrangement, and the production reeks of solo Lennon records---specifically the distinct piano and percussion sound captured on Imagine and Plastic Ono Band. The same superficial description could be used for the album's title track (except the drum track is performed by a cheap drum machine), though its melody actually exists and is devoid of the kind of comparatively bland lyrics that make "Dreaming" one of Johnson's least affecting songs to date.

The heavy Crooked Fingers feel of "Closing Down My House" (Johnson and Bachman have always shared a vaguely similar timbre, but this track's melody smacks of 2003's excellent Red Devil Dawn) offers a quick reprieve from "Victim's" monotony with one of the record's best vocal performances (the double tracked vocals, like on the title track and previous Centro-matic tracks like "Strahan Has Corralled the Freaks," adding a lot of its appeal). And while it may be chased by a unremarkable instrumental ("On, Caledonia"), "Your Bulldozer," another scaled down cut, quickly picks up on its momentum. It gets off to a slow start, but its beautiful melody, something that was sorely missing from "Dupree," more than makes up for its repetition.

Johnson wisely chooses to end Vultures with three of its best. "A Thousand Other Parts" is a beautiful M. Ward/Jim James style ballad, and finally steps away from the record's steady insistence on steadily repeating chords. Johnson's guitar playing remains secondary to his startling voice, of course, but at least adds its own personality to the light, oddly romantic backing track. "Fly, My Sweet Dove" is also the best of the record's fully arranged cuts, and isn't nearly as saccharine as the title might suggest. It's one of the album's few tracks to match the stark immediacy of previous songs like Love's "All The Lightning Rods" or Stacks' "Cannot Compete," and is pretty much alone in not sticking around for a minute or so too long---even despite being the second longest track on the album. "Nothin' But Godzilla" ends it all on another somber, stark production.

Even when kept to a simple hush, the songs often recall much of his previous work. Nevertheless, Johnson has once again proven himself a remarkably resourceful songwriter that is still struggling with issues of self-editing. At times, it reminds me of why Distance and Clime (2001) had initially let me down so much (it's since grown on me somewhat), and I still think it was a huge mistake to sequence "Dupree" and "Dream" as the lead-off tracks, but my previous experiences with Johnson shouldn't let any of this surprise me. Even his strongest works have had their distracting flaws ("Bitter (Did Anyone Notice That)," anyone?), and while Vultures may have a few more than usual, it's definitely not without its own unique, and continuously rewarding, merits.