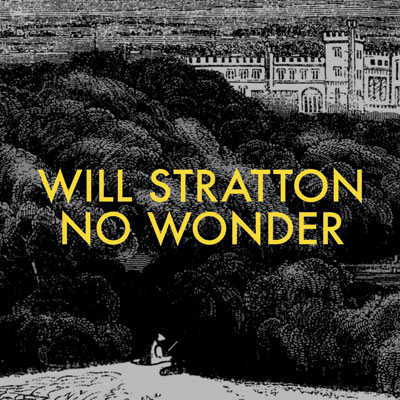 Will Stratton: No Wonder 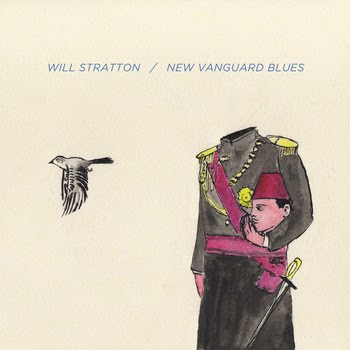 “It’s a spare record because I only had enough money for two days of recording time, and I thought it would be kind of a fun challenge to make it over a weekend” was how Stratton described the recording of New Vanguard Blues to me, and it was enough to make you want to hate him. I mean, the record is beautiful, and can in no way be accused of contrivance or condescension. It’s all right there, undeniable, on the face of the thing, in the initial and the sustained listening: he recorded it in two days. There isn’t a bum note on the whole goddamned affair, the guitar playing is gorgeous (at times unbelievable, really), and Stratton’s voice possesses the sort of soft, effortless smoothness where melodies seem to emanate off the surface of it rather than being wrung from the depths. It’s hard to apply here our skepticism or speculative noses for authenticity, with which we approach so many new records. There’s no denying it, because there’s nothing here to obscure it; Will Stratton’s just a very good musician.

The most useful comparison turns out to be Stratton’s last record, 2009’s No Wonder, which I liked. That must seem sort of backhanded to someone like Stratton; No Wonder was careful, professional, sophisticated and certainly accomplished. New Vanguard Blues is the exposed heart of No Wonder pulsing sort of grotesquely. It’s unadorned, mostly solo, immediately accessible but insular and isolated. Self-released, self-distributed, tangle-hearted, and equivocal. The temporal and material constraints imposed here have yielded what may very well be a more telling record than even its composed older brother. Strange, perhaps, that the fleshed out No Wonder yielded comparisons to Nick Drake, while this sounds like something unto itself.

“Lying in the Dark” reads like the opportunity No Wonder never provided for Stratton to essentially play the hell out of his guitar; I’m thankful there’s no bass, drums, or keys to muddy up the sublime sound of the twang and strum of the song’s two-bar outro. Likewise the slippery “Bluebells,” which counterposes deft fingerwork and sudden dynamic shifts. One gets the impression that filling these arrangements out with instrumentation would have made it difficult to manage their nuances, flattened the dynamic into deadened consistency. The bumps and bruises of Stratton’s solo guitar more than make up for one’s general acclimation to guitar leads, effects, and general studio trickery.

Which isn’t to say that there isn’t the odd accompaniment, as in the what sounds like hand percussion and electric guitar on “The War is Over,” which is probably the album’s best track, but again it’s that spare, haunted space that makes it so. The song bursts into tortured noise at one point and you’re left wondering if any polished record featuring a full band would have possessed such a cathartic mess. Stratton’s allowed to play with time signatures, with odd inflections and dabbling textures, and does so with dexterity and creativity.

If there’s criticism to be levied against a person who seems like a consummate professional and all-around talented guy, it’s that lyrically most of these songs continue to fall somewhere on the spectrum between the Sacred Girlfriend and the Lost Girlfriend. “The War is Over” is an exception because it seems to assume some semblance of narrative distance—characterization, setting, almost fictive—rather than the rote autobiography of the singer-songwriter, and it’s what makes the song a standout. Generally what steps into strange lyrical fields Stratton may have taken are either passed up or embedded so deeply here that I don’t hear them. “Holy Blonde” in particular, despite its adherence to an album aesthetic over which I’ve been slobbering all review, can’t help but sound like it has stand-in lyrics for something less common.

Is it supreme irony, then, or frustration that New Vanguard Blues is probably Stratton’s best record though it was recorded at a fraction of the expense of his previous two? Is there something to be learned about drawing around oneself strategic limitations in order to focus one’s writing, or is this simply a case of my taste taking over my tongue? I’ll admit to finding some appeal in the simpler notion of the man with the guitar, his upturned hat on the ground. It invites selective engagement, and rewards those who bring to the bargain their time and passion for music. Ultimately that’s what makes this record Stratton’s best: with a pocketful of spare bills, and the industry crumbling around his ears, he still found this record vitally necessary.