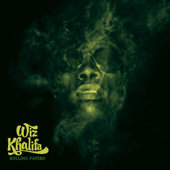 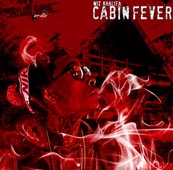 We have largely neglected mentioning this, but a few of us at the CMG offices/mansion/waterpark were pretty smitten with Wiz Khalifa’s Kush & OJ last year. That terrific tape functioned as a paradigmatic demonstration of Khalifa’s steez: cool, self-assured boasts commingling with beats alternately jangly and smooth, creating syrupy numbers that sound like an aural distillation of some pleasant state of inebriation. Ours heads nodded metronomically and our fingers Googled “Clicquot” while bouncing along to the silky thump of “The Statement” and “Never Been.”

Khalifa’s raps draw from a limited palette: cash, cars, women, houses, shiny things. In contrast to most rappers obsessed with status symbols, he doesn’t gesticulate wildly in the direction of his possessions. Khalifa prefers to let his flyness sprawl out before the listener, and he delineates that sprawl with a Gucci Mane-esque comatose charisma. He would like you to think his language is the tool of an unbiased documentarian; he’s immensely paid and popular, and those are just cold facts. Affluence is stasis, like his stoned state. Other discernible ways in which Khalifa differentiates himself from ordinary chain-janglers are less easy to parse, but the universe his music creates is undeniably distinct and finding oneself within it is finding oneself as ergonomically comfortable as a high-backed executive’s chair.

His latest release, Cabin Fever, does little to disturb that universe’s perpetual condition. “Erryday” is about getting high and riding in big cars every day; “Hustlin’” is about hustling; “Taylor Gang” is perfunctory set-repping. It’s difficult to categorize a Wiz Khalifa project as unambitious, but Cabin Fever coasts on the aesthetic Khalifa has curated more than any of his other releases. It’s paint-by-numbers swagger shit—Khalifa is doing himself doing Khalifa. So, get ready to hang out in hotel rooms with models, get ready to wear expensive suits, get ready to have a predictably good time.

Cabin Fever is occasionally composed of beats that one can picture Rick Ross or Waka Flocka turning down. That is to say: sonorous, synth-driven rattle that doesn’t quite have the gravitas for which it strives. It’s difficult to execute the Lex Luger blueprint poorly; the production on “Erryday” and “Taylor Gang” is still undeniably resonant, but it doesn’t knock colossally like, say, Ross’s “MC Hammer.” Khalifa sounds more at home over slinky stuff anyway, which is a contributing factor to why opener “Phone Numbers” is the tape’s best four minutes. The buoyant pianos and moaning soul sample on the track wrap around his proclamation that “Time is money / So I went and bought a Rolex” like a snug necktie, and Big Sean—who shares Khalifa’s gift for understated, elegant shit-talking—contributes a few bars about “shrimp, steak, liquor, and pasta” for good measure.

It’s rare that a release that fits the dictionary definition of “stopgap” is worth a damn, but it’s fitting that a worthwhile stopgap mixtape would be spawned from the largesse of an MC who doesn’t give one. Taylor Gang or die. Or whatever. It’s remarkable that a human being as unconcerned with, like, anything as Wiz Khalifa releases anything worth listening to, but he is, bafflingly, a vital voice in a talent-rich 2011 rap landscape. As we anticipate his next sprawling exhibition of wealth, which will probably be a concept album about what it’s like to bathe in gold coins like Scrooge McDuck, Cabin Fever demonstrates the merits of minor Khalifa. Pittsburgh’s least interested rapper is just trying to stack his discography up.