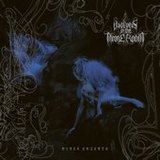 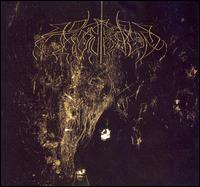 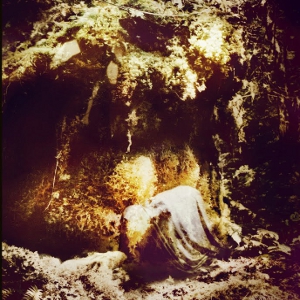 The Purist’s Fervor of 2011 may yet go down in metal history as one of its great uproars. Or something. But whereas Hunter Hunt-Hendrix had black metal isolationists busy bolting their doors and fuming with the message board fury of the ages, Wolves in the Throne Room confidently continued their lofty trajectory, standing out as exemplary crossover successes and managing to slip through the bars to craftily satisfy kvlt and n00b alike. Still touting their organic spiritualism from the idyllic enclave of a self-sustaining farm in the Oregon wilderness, Wolves’ shimmering Celestial Lineage is at once an affirmation of everything admirable in US black metal and a clear culmination of everything experimental the band has successfully touched on through their storied career.

Effortlessly marrying the expansive, melodic ambience of Two Hunters (2007) to the unrelenting onslaught of Black Cascade (2009), while still finding plenty of confident new turns in the form of overt synthesizers, stronger incorporation of operatic vocals, and generally denser compositions, Celestial Lineage deserves every bit of attention it’s garnered this year. I can personally put it on a shortlist of 2011 records that reinvigorated my confidence in metal in ways that I haven’t felt in a long, long time. I’m actually trying way too hard to not call Wolves the Weezy of black metal due simply to the sheer crossover appeal here, because damn, what’s not to like? Ten bucks says this was the first black metal record your parents heard.

“I think that black metal…is critiquing modernity on a fundamental level saying that the modern world view is missing something. It’s missing acknowledgement of a spiritual reality,” founder Aaron Weaver said in an interview with Brooklyn Vegan almost three years ago. His explanation is fitting as a primer for the deeply ethereal leanings of these songs, which despite their abrasive grittiness never hesitate to indulge the new age instincts that have always brimmed just below the band’s skin. The group still makes a point of recording and playing with analog equipment exclusively, and in keeping with their talent for balance, the sound of the recordings strikes a perfect union between clarity and crust. Rather than choosing to reform or challenge the rules of the game outright, every bit of Celestial Lineage manages to exalt the strictures of black metal to new heights, and when all is said and done it’s still an outsider-friendly work that never once forgets its roots. I find that to be a rarity in any context.

Wolves have made a point of pushing their naturalist ideology against their black metal roots for years, but it’s precisely that long-running individualist cred that allowed them to easily transcend the accusations and divisions of 2011’s metal tumult and deliver one of the year’s most obvious successes. To quote Aaron again: “…so many people look at black metal and say, ‘…it needs to be Satanic or nihilistic.’ I don’t believe that to be the case…beneath it lies a deeper and more primal issue.” This year, Wolves offered the most universally enjoyable slice of black metal that didn’t stand a chance of getting called anything else, and with Celestial Lineage, the band has officially cut to the bone of the identity that’s been cautiously revealing itself in the years since their earliest material. Unlike most comparable records this year, it’s got a lot of folks finding new common ground, and if that ain’t a success, I shouldn’t be judging these things.