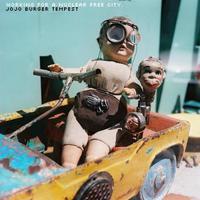 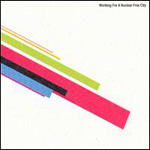 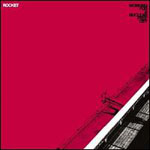 On their 2006 self-titled debut, Manchester-based Working for a Nuclear Free City demonstrated that they had an excellent grasp on the characteristics of early '90s baggy dance rock, looking to bands like Happy Mondays, The Charlatans, and Stone Roses for inspiration. They placed the emphasis on infectious bass lines and subtle dynamic shifts, and the result was an extremely enjoyable Brit-rock debut easily capable of holding its own against some of the genre's classics (e.g. Pills 'n' Thrills and Bellyaches [1990] or the Stone Roses' self-titled debut [1989]).

Released towards the end of last March with virtually no fanfare whatsoever, the Rocket EP expands the band's horizons while suggesting that not only was their debut far from a fluke, but their currently in-the-works second full length could kill. The heavy grooves and laser rifle noises of WFANFC's debut have been momentarily shelved in favor of quieter, trippy fare, but the songwriting quality and myriad hooks remain.

This year I'll be surprised if I hear a better psychedelic rock song than the title track; shifting from subtle acoustic strumming to loose-limbed drum passages, all filtered through hazy production reminiscent of the sound on Hendrix's Are You Experienced? (1967), it packs an impressive number of memorable guitar and hypnotic vocal hooks into five minutes, all leading up to the inevitable climax that every WFANFC song seems to contain. "Heaven Kissing Hill" performs a similar trick, placing spoken word vocals in the left speaker, while a chorale of voices chants the title over slow handclaps and winding guitar, culminating in a mid-song peak of sunburst guitar designed to sound like a kickin' party. "Waiting Game" is shadowy dub similar to Primal Scream's contribution to the Trainspotting soundtrack, and "Stone Cold" is a mellow gallop designed to end things on a sleepy note.

If you're getting the notion that WFANFC's work on Rocket sounds highly similar to that of The 3 EP's (1998)-era Beta Band, you wouldn't be wrong. But akin to their debut, what these guys still lack in originality they more than make up for by nailing their given genre to the wall. None of these songs would have sounded particularly out of place on an early Beta Band record, but "Rocket" might even be a better song than "Dry the Rain" (if not "Inner Meet Me"). There's nothing wrong with playing to your strengths, and Working for a Nuclear Free City are quickly establishing themselves as one of the foremost purveyors of catchy British-psych rock. I'm eagerly awaiting their next move.