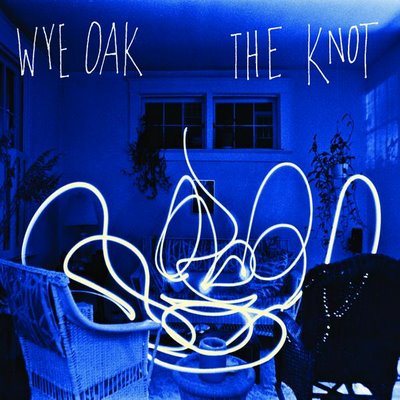 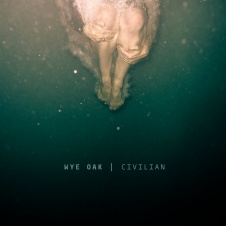 Civilian begins with the sound of a room rife with conversation—a reflection of what is to come, in some respects. The album traverses a gathering of discussions, sporadically leaning into one to emphasise a certain point it wants acknowledged, and then later withdrawing itself from such an exchange on the pretext of having more pressing things to comment on elsewhere. Really, neither approach defines what Wye Oak attempt on Civilian, a record never overly provocative or diverse in its concepts, the band content instead to experiment inwardly with slight variations on their established sound. Though these variations are often enjoyable, particularly on an individual track level, taken as a whole they’re just too slight, making Civilian difficult to fully engage with.

The conversation is soon swallowed up by swathes of guitar distortion, and Civilian opens with a statement: “Two small deaths happened today / While I was at work / While I was at play.” This sets the tone for much of what is to follow: the downplaying of events potentially vivid and stimulating; the potentially enthralling inhibited by the mundane. The album’s title track embodies this recurrent theme in its most evident form. All pleasant guitar melodies, weighted low-end production, and a typically gorgeous Jenn Wasner vocal contribution, the song unfortunately revolves around unimaginative lyrical throwaways about dissolving friendships and emotional insecurity, like “I know my faults / But I can hide them.”

Frequently Wye Oak do threaten to go deeper, and turn their inward perspective towards more constructive contemplation. Track names alone such as “The Altar” and “Holy, Holy” (and, tellingly, “Doubt”) suggest at the very least implicit religious content, and this proves not to be merely titular. “Holy, Holy,” Civilian‘s stand-out, builds perfectly, boasting the same kind of spring-loaded tension Arcade Fire cultivate so assiduously, before bursting forth brilliantly with a key change and a final bridge/outro that remains as immensely satisfying as the first time you hear it. However, her implicit satire of those seeking after the supernatural, particularly religious adherents who claim “there is no other story,” is undone by the subsequently bland “we will be who we want to be,” which, especially delivered the way it is, feels uninspired.

Despite sounding deceptively like Beach House at times (“Doubt” especially), Wye Oak’s delivery remains distinctly darker; Wasner possesses great vocal prowess, and has “wistful” and “morbid” down to a fine art. The steely electric guitar she plays complements this fantastically, and it is clear throughout that here are two musicians very comfortable with fitting alongside each other. The production, too, is notably improved from previous full-lengths, now that they have relinquished the duty themselves, and let John Congleton—also behind the Walkmen’s Lisbon (2010)—take on that responsibility. So, though songs like “Plains” are unchallenging, they are given a certain charm in their plodding, depressing nature, resolved only by the resignation of the final line: “And I am ashamed, and I am ashamed / That every day is just the same.”

Maybe this resignation has come about because Jenn Wasner and Andy Stack are just tired. You can certainly hear it in Wasner’s voice, now that the mix of previous albums has been uncluttered and room has been made for nuance, room that very often is not inhabited. Where songs were before filled with enough swirling noise to earn the band labels like “shoegaze” and “dream-folk,” they are now much sparser and rely more heavily on songwriting ability, making Civilian‘s lack of variety inescapable. Final track “Doubt”‘s closing lines are said with a grave intonation, a lowering of the voice to its most intimate: “Oh I believed it then, believe it still.” But her defeated, ruptured tone, coupled with the song title, make it sound anything but convincing.