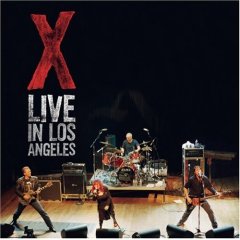 Punk is getting old. (So old, in fact, that saying that very thing is by now nothing new.) As such, it’s hard not to draw parallels to its reactionary agent, the classic rock of the sixties. Music that began life as being explicitly revolutionary, music of the youth by the youth for the youth against the old, something that sounded and felt capital-I important (even if only to the participants) winds up prone to the inexorable calamity of age, eventually spending its autumn and winter years on the nostalgia circuit.

True, in the audience there is the occasional neophyte, giddy on the fresh discovery of past masters whose moments of glory shined before they learned to read, if they were even born at all. But nostalgia is not about the music: it means that music is tied to memory the same way smell is. You don’t think of the great chorus, or words that lance their way through your psyche; you remember how this song was always on the radio when you made out with your boy/girlfriend, or when you just got your license and took that joyride to nowhere when gas was just $1 a gallon, or the way Ellen Illies’ head rested on your chest when you got lost driving home from Six Flags. Neatly tied in with this is that it has the tendency to idealize your past: it can make you forget that your boyfriend was a possessive lunatic, the car-ride took forever because you got lost in your own neighborhood, and Ellen was often a supercilious jerk who had really weird BO. It’s a way to avoid living in the present by escaping into a fantasy world of the past.

There’s nothing really evil about all of this. It’s completely natural, like fantasizing about having amazing sex with beautiful people you’ll never meet. But that still doesn’t change the fact that an industry that profits from making your fantasies more tangible (though no less unattainable) is still pornography, and at the end of the day porn has a lot more to do with business than it does with art. And nowadays punk rock, like classic rock and everything else before it, uses its best known songs as nostalgic money shots. “Blitzkreig Bop” sells Cadillacs now, and The Clash are hawking Jaguars. It might be worth remembering the memorable insert in The Clash’s first album, a conservative commentator dismissing youthful protest because one day, they too will get old. Or one of the most memorable couplets of the entire genre: “They think it’s funny / turning rebellion into money.”

X are in a more precarious position than most with its semi-reunion, if only because they seem to be the one indisputably essential punk band whose appeal is inextricably tied to their geographic region. In other words, you had to be there. Their words are littered with street names and bus routes, and were often written about people that everyone in the local scene knew. They even named their first record Los Angeles. “X has remained essentially an L.A. phenomenon,” writes Flea in his liner notes to their new live album; “This mystifies me.”

It mystifies me, too: this band should nominally be more universal than their regional peers. Black Flag and The Germs made lasting music, but musicologically they both traced pretty easily back to immediate influences like The Ramones and The Sex Pistols. X, on the other hand, infused American roots music, rockabilly and very literate poetry into their work. They were also ace musicians, led by seasoned veteran Billy Zoom and the lockstep rhythm section of D.J. Bonebrake and John Doe. They probably wouldn’t even be recognized as a punk band today, even though they paved the way for blockbusting acts like Social Distortion and Rancid. If any band could crossover, it was them. They didn’t, however, and instead The Police took over the world (which they would bemoan brilliantly in “I Must Not Think Bad Thoughts”: “I hear the radio’s finally gonna play some new music / ya know, the British Invasion? / But what about the Flesh Eaters, D.O.A. and Black Flag / Will the last American band to get played on the radio / please bring the flag?” Note which city all of those bands originate).

Even their reunion is limited to infrequent dates on the West Coast. This validates it in some ways, especially in light of the early twenty-first century where everyone from Gang of Four and the dB’s to the Pixies and Slint are conquering a world that was rightfully theirs ten to twenty years ago. Live in Los Angeles goes a long way in keeping them on what Bill Hicks would call the artistic roll-call. The red flags are still up: the most recent composition is from 1983, and thirteen of the twenty-one songs are culled from the first two records, written in between 1977 and 1980. The band looks like it hasn’t changed its wardrobe since 1986, even though waistlines are noticeably swelling. It looks like we’re in for an embarrassing spectacle of the seven-year-itch, like the episode of The Cosby Show where Cliff tries to challenge a college opponent to a rematch only to run out of breath behind the bleachers on his second lap.

Then we press play. Live albums are by their nature hard to evaluate. The best of them offer different perceptions of songs and artists, but most are mere tour souvenirs for the faithful, which makes the phrase “live album” oxymoronic because on an album you take into account songwriting and production as well as performance. Live shows are entirely about performance, and while the best of them certainly sustain mood for a fixed amount of time, they are quintessentially about a passing, evanescent moment; studio albums are meant to be indelible.

With that in mind: Live in Los Angeles is a pretty damn good live album. Credit X (especially Billy Zoom, who mixed it) for leaving the miscues and flat notes in, or credit John Doe for having the most nonsensical and ridiculous stage banter I’ve ever heard (launching into “The New World,” a cynical dismissal of electoral politics, he says, “I hope you all took part in our last election … What, I can’t touch your hiney? I encourage everyone to keep voting, and keep hoping that everyone’s okay, here we go,”) but it sounds authentic. Doe is in good voice, and Exene Cervenka’s weird notes make more sense in a live setting than on record, imbuing the songs with a mania that matches its lyrical subjects. If it sounds a little tame compared to the band in their prime (see the 1981 live reading of “Back 2 The Base” included on the reissue of Wild Gift, where the band didn’t give the song teeth so much as they drenched you in blood and threw you in a cage with it), it is also a far cry from embarrassing. It’s not the best statement of their career, but it is the best statement of their career right now. That means it’s a passionate, honest, and above-all legitimate reading of their catalogue, even if the songs are over twenty years old.

John Doe and Exene Cervenka have written a new song, and it appears on Forever Hasn’t Happened Yet, Doe’s new album. Though it’s Neko Case performing the duet with Doe, “Hwy 5” is textbook Doe/Cervenka. “Crummy tummy mess / sleeping fully dressed” captures the juxtaposition of childlike innocence and adult debauchery that X made an entire career out of (from “We’re Desperate:” “I play too hard when I ought to go to sleep / they pick on me because they really got the beat / some people give me the creeps”). The harmonies on the chorus are just a breadth away from being either wrong or right, existing in their own universe before they both pull up, in unison, at the chorus’ end, just like “Johnny Hit and Run Pauline” and “White Girl” and dozens of others. It’s a decent song, even if it does contain an embarrassing Adult-Contemporary drum machine.

Would that Forever Hasn’t Happened Yet was equally interesting. The title gives away Doe’s self-consciousness on creeping mortality (though, more likely, irrelevance), easily read as an attempt to defy anyone who’d write him off. Truthfully, while it’s not as embarrassing as some albums we can name (cough, The Future Embrace), it’s nothing more than an occasionally pretty but merely competent lite-alt-country, the kind you’d hear ordering a soy latte with a shot of hazelnut.

“Twin Brother” is a nice duet with Grant Lee Phillips, but drenched in reverb and with lines like, “If I could only hold you ‘til it starts to go away,” it wrinkles the nose. And John Doe deserves better lines than “Johnny’s dead and I know why / He stuck a needle in his eye,” which mars a pretty good hook on “Ready.” Most of the album follows the pattern laid down in “The Losing Kind,” a meandering country-blues shuffle with the same lyrics over the one and four chords (“The moon is bright and the road is clear”) and different ones over the five chord (“Did you just say the end is near?”). It’s tempting to give Doe a pass for at least acting his age, but given that he plays a much more convincing twenty-one year old on Live in Los Angeles, maybe age doesn’t suit Doe very well.

Like the Woodstock generation before it, the hollow shell of punk rock’s professed ideals are surpassed by the longevity of the music which bore it. There’s a reason why new Ramones t-shirts remain a ubiquitous fashion staple, and it’s the same reason that The Velvet Underground remain to be a primary influence on nearly every musician whose heard them, and why every white kid searching for Lee Perry on Soulseek owns at least three Clash records. It’s also a testament to the sheer strength of the genre that the pop world is still making sense of it, with overlooked records by bands like The Slits getting lavish reissues, and much of contemporary music bearing a direct resemblance to Wire, The Fall, and Gang of Four, comparably obscure (at least in the U.S.) until very recently. The music is nothing that no car commercial, sponsored reunion tour or circle jerk can detract from, and if X chooses to ride the gravy train in its own small way, then at least they’ve done a better job than most.