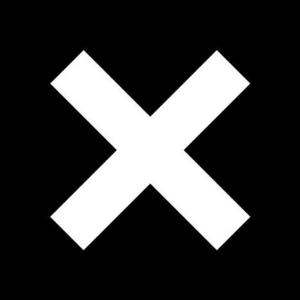 Though their cover art depicts only the starkness of white on black, xx is not an album of strict dichotomies. The xx deign (of course there’s a tinge of haughtiness involved) instead to operate dialectically: their debut is about an involution of opposition, the interplay of contradictions, about young Londoners proposing that between the ideas herein lies communication, not friction—yes, there’s a sinewy, nearly palpable tension in the delivery, but then reconciliation in full was never really their destination anyway. Its conversational nature distends beyond the aesthetic and thematic into that obscure realm of the contextual, where reception—felicitously divisive—quickly becomes the inevitable fracas between sensation and backlash. Which seems appropriate enough; an album’s not a CMG favorite without being abhorred by half of our staff (or at least half-abhorred by some, yawned at by a few, etc.) and xx‘s austere electro-pop in particular welcomes celebration and derision in equal measure. It’s simply another reticulated conflict for the band to work through; rarely is contention so becoming.

The xx’s penchant for concision lends this material some seriously refreshing clarity, but it’d be a mistake to confuse their relative minimalism for some kind of aesthetic singularity. These guys recognize the value of variety and oscillation but also, significantly, subtlety—not only the subtlety of their understated presentation, which sees compositions simplified and instrumentation tempered, but also the subtlety of tacit genre-bending and -fusing, of fluctuating so discreetly that juxtapositions are rendered innocuous. The record’s over-serious introductory instrumental functions to establish a particular mood so efficiently that its twee follow-up registers as way gloomier than it probably should. “VCR” is both the first proper song on the album and the least like the others, but that its obvious pop bent submits wholly to the precedent set by “Intro” is a credit to xx‘s sense of insularity and tone. Despite any disparity of styles across these tracks, xx posits itself as a sort of distinctive, cohesive Whole, at least in its consistency as a continued negotiation between incongruity and cohesion, as an attempt to coolly fuck with problematic binaries like pop/experimental, boy/girl, song/album. The split between these tags means little across eleven tracks both muddled and clear, accessible and difficult, sublime and…well, always sublime, just as long as the fucking continues.

So how else does one read the conjunction of “Fantasy” and “Shelter”? Taken individually, these tracks don’t make much sense: the former is the album’s only primarily formless track, a meandering whisper of ambience and minuscule guitar with Oliver Sim’s lazy vocals barely audible through the fog. It’s only after a few minutes of wandering, when the guitar’s sporadic plucks take the shape of a recognizable riff, that its function as segue into the much more cogent “Shelter” is made apparent. “Shelter” seems to posit itself as the album’s most straightforward pop song, or in the very least the band’s closest approximation of pop, and its impact is only heightened by the three-minute introduction it’s granted by “Fantasy.” In their opposition, the two songs say more together than they could alone, “Shelter” contrasting the prelude’s formlessness with precision, its debility with (relative) fervor, and, most obviously, its lead vocals with Romy Madley Croft’s only solo vocal performance. Where most of xx‘s songs are built around literal conversation—between Croft and Sim’s exchanges verse-to-verse or line-to-line—“Fantasy” and “Shelter” split the leads, forcing their nervous intimacy across two tracks instead of one.

The album’s explication of its own interest in contrast and conversation is perhaps its greatest virtue, and nowhere is this more clear than on “Basic Space,” where a record-wide reliance on splitting vocal duties culminates in a devastating rendezvous. On previous back-and-forth numbers “Islands” and “Heart Skipped A Beat,” Sim’s contributions seemed primarily there to compliment Croft’s dominant lead. Her delivery often seems casually sexual, but on “Basic Space” her allure is undermined by what reveals itself to be a deeper sadness. In the same way that Antony exposed the malice and perversion hidden within “Crazy In Love,” a careful listen to what sound initially like come-ons (“Could I make it better / With the lights turned off?”) sound significantly more depressing when considered in the context of the album’s melancholic blanket, and for “Basic Space” the trade-offs quickly devolve from playful exchanges between lovers to vaguely hostile arguments. Some may misconstrue their low-lidded malaise for disaffection—and believe me, I’m the first to abhor distanced posturing—but the relative passivity isn’t indifference, it’s resignation.

The album never settles into being stylistically or thematically singular, but what xx sustains consistently is its tone. This is what listeners like to call a “moody” or “atmospheric” album, and claims that xx is a “night time” record, or that this is “night music,” seem somewhat intuitive, if vague. I generally feel the same way about Burial’s Untrue (2007) and Portishead’s Third (2008); though it’s true of all these records that negative space is employed in a way which suggests an apparent lack or void, it’s unclear how this relates, if at all, with a time of day. Seems rather odd to recommend an album on the basis that it scores red eye Greyhound trips or nightly walks through downtown alleyways. Though perhaps it returns us, full circle, to a dialectic protruding into context: maybe this speaks to a confusion between what’s critically clear and what’s theoretically abstract, what’s “night music” and what isn’t, what we listen to and how and where we listen to it. In any case, it’s clear that the xx have somehow tapped into something special. And that’s the final point of conversation: how can a band’s debut album be so assured, so confident, so good? It’s something to discuss.