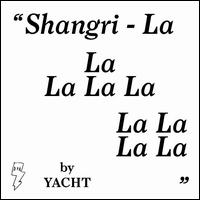 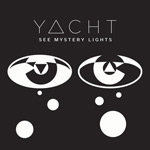 Here’s an idea: let’s create a comprehensive index to help people pinpoint the moment in which ironic autotune went from being unbelievably annoying to completely unacceptable. We can call it Here Before Brokencyde. It’s not really that ironic autotune is really made any worse by the fact that it comes after Brokencyde’s debut album (or, for that matter, Discovery’s LP), but Brokencyde seems like the point at which it ceased to have any potential for redemption.

Of course, this isn’t really about about Brokencyde or Discovery. This is about YACHT’s See Mystery Lights, which features a track called “I’m in Love With a Ripper” almost half a decade after “I’m ‘n Luv (Wit a Stripper),” and on it Jona Bechtolt irritatingly runs Claire Evans’ vocals through the ubiquitous T-Pain/Brokencyde envelope effect. See Mystery Lights, despite being his DFA debut and first record with Evans, is still Bechtolt’s product through and through, and the majority of the material here consists of either half-baked dance anthems or overly repetitive, meandering pop. It is also, despite having been made partially in Texas, at heart Portland music: flying in the face of their now New York-based label, Bechtolt and Evans reject cowbells, disco, and record collections, opting instead to pile on the layered instruments and speak-sing—often in boy-girl harmony—about how awesome it is to be young and surrounded by other young people. “Ring The Bell” is all muted rock drums and vaguely tropical guitars, but there’s little else immediate about it. “The Afterlife” is almost completely derailed by its bridge as Evans gets community-minded, and “I’m in Love With a Ripper” loses me the moment Bechtolt breaks out his Antares patches.

Much of See Mystery Lights sees Bechtolt struggling to adapt DFA’s aesthetics to his own production and songwriting style, and that’s where things become really problematic. “It’s Boring / You Can Live Anywhere You Want” starts with disco drums and somewhat abrasive post-punk riffs, and Bechtolt/Evans even get into shout-singing a la James Murphy. It builds a a great momentum as Evans gets more intense, but then proceeds to go on for almost six minutes as she makes good on the promise of a title like “You Can Live Anywhere You Want” by, natch, listing a whole lot of places in which one could live. Informative, yes, but not all that fun to take in. “Summer Song,” meanwhile, is about as good as one would expect from a straight-up LCD Soundsystem homage.

What’s frustrating, then, is that this record probably could have worked out beautifully. Check “Psychic City (Voodoo City),” which is year-end material: Bechtolt and Evans have constructed a response to LCD Soundsystem’s “All My Friends,” and they nail it. Bechtolt takes Murphy’s tribute to aging and isolation, turns it on its head, and delivers a singularly northwestern, utterly irresistible celebration of youth and irresistible, relentless optimism. Evans sings about place and finds herself welcome everywhere, and its climax, as her friends tell her “we’ve been saving this moment for you,” is probably what Murphy was looking for when he asked to see all his friends that night. Despite not being a particularly great singer, Evans’ performance suits its low-key arrangement, and the sound of her voice cracking as she sings “and our eyes might meet” communicates its basic idea better than anything else ever could.

Given how good “Psychic City” is, I’m convinced that Bechtolt and Evans have a ton of potential that’s simply going completely unrealized for all but about nine minutes of See Mystery Lights, which leaves it feeling like a party that never actually gets going for some inexplicable reason as everyone involved tries too hard. Even if they can’t make good dance music, they can make good pop, and if someone were to rein in their most indulgent tendencies and take away Bechtolt’s more obnoxious patches, they could finally make the decent Pacific Northwest/Far West Texas electro-pop record. Or at least something as enjoyable as the Blow’s Paper Television (2006), where Bechtolt’s productions were much more consistent. In the meantime, we can sigh heavily and file this under “Here After Brokencyde.”