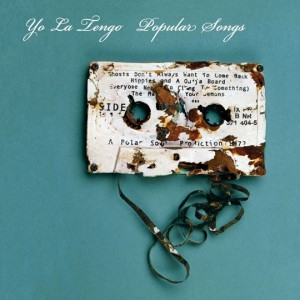 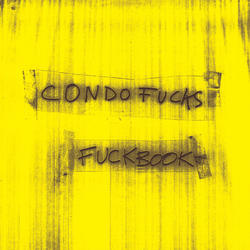 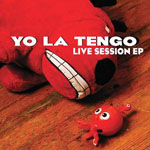 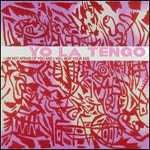 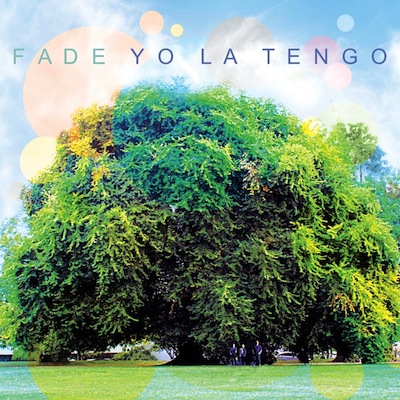 Yo La Tengo recently completed their “Eight Nights of Hannukah” showcase at Maxwell’s in Hoboken, New Jersey, an indie rock holiday tradition that’s been going on in some form or another since 2001 (though they’ve sat out a year or two). These are not garden variety Yo La Tengo shows, instead taking on the feel of vinyl-nerd potluck dinners; the mystery opening acts range from highly obscure to bands capable of drawing larger crowds than YLT themselves (e.g. Jeff Tweedy, the National), there’s always a stand-up comedy interlude, and the hosts play drawn out sets with plenty of sit in guests and cover tunes, often from Jewish songwriters. And rest assured the Feelies (or one of their seventeen side projects) will be involved somehow.

So Yo La Tengo fans on their mailing list had reason to be alarmed in 2011 when they received an email from guitarist Ira Kaplan stating that while the 2011 shows would indeed go on as planned, they would have a slightly different appearance due to an unspecified, but serious “health scare” he suffered a few weeks prior. Kaplan then proceeded to play all of the shows sitting in a chair, freed from the weight of his guitar’s shoulder strap and unable to flail around like he usually does, leading many to speculate as to a minor heart attack or stroke. “Stunt guitarists” (e.g. Mac McCaughan, Smokey Hormel, Antietam’s Tara Key) were employed every night to help shoulder the load, and the quality didn’t suffer a smidgen, save the admittedly bizarre sight of someone other than Kaplan taking the solo in “Stockholm Syndrome.”

With that backstory in mind, coupled with a Matador press release promising “themes of aging, personal tragedy, and emotional bonds,” Fade appeared to be setting up as Ira Kaplan’s “Oh man, I almost died!” record, a late night rumination on mortality akin to say, Lou Reed’s Magic & Loss (1992). This isn’t entirely inaccurate, especially in Fade’s considerably sedate second half, a whispered stretch of songs akin to Yo La Tengo’s other reputably “dark” album, 2000’s And Nothing Turned Itself Inside-Out. But irrespective of how their lyrics appear on paper, Yo La Tengo is the farthest thing from a morose band. Their bleaker moments always offset by fuzzy, lovingly off-kilter pop songs that illustrate the joy that Ira Kaplan and his wife Georgia Hubley still get out of nearly thirty years of making music.

Fade is Yo La Tengo’s thirteenth studio album, and is instantly recognizable as such. But there are two notable differences, namely the album length and choice of producer. At a scant ten songs and just under 46 minutes, Fade is uncharacteristically compact: it’s the shortest Yo La Tengo record since the mostly acoustic Fakebook (1990) and bereft of the ten minute white-noise jams they’ve become known for. It’s also their first record in nineteen years that was produced by somebody other than Roger Moutenot, something that should give hope to all Radiohead fans awaiting Nigel Godrich’s exit (and I suppose Red Hot Chili Peppers fans sick of Rick Rubin). Production is entrusted to Chicago post-rock veteran John McEntire, and the difference is immediately evident.

And with all due respect to Roger Moutenot, instrumental in crafting YLT’s spellbinding mid-‘90s run of albums, it was a good time for a change. The prior two Yo La Tengo records, I Am Not Afraid of You and I Will Beat Your Ass (2006) and Popular Songs (2009), while both good, were ever so slightly approaching stock, particularly the latter. McEntire doesn’t overhaul Yo La Tengo’s established sound so much as sharpen it; every sound is a little crisper, the instrument separation more notable. Plus it sounds like Soma Studios may have had the two or three vintage keyboards in the known universe that they haven’t used yet. And McEntire drums for Tortoise and the Sea & Cake, so he should be expected to know how to record them; Georgia Hubley has always been more dependable than flashy, but Fade is arguably the first Yo La Tengo album that will induce bouts of air drumming.

All of the above becomes immediately evident on opening track “Ohm,” where electric keyboard noodling morphs into a uncharacteristically strident drum beat, then overlaid with an insistent Kaplan guitar riff and unison chant vocals from all three members (though James McNew is highest in the mix, the closest he gets to having his own song here). The upbeat drive of the music overshadows some dark lyrical content: “For this is it for all we know / So say good night to me / And lose no more time.” Anyone who has heard the likes of “Decora,” “Pass the Hatchet, I’m Good Kind,” or even the slow version of “Big Day Coming” that kicks off Painful (1993) is aware that Yo La Tengo knows how to open records, but even by these standards, “Ohm” is ridiculously strong; its seven minutes strongly influenced by raga and containing the best Ira Kaplan™ fuzz solo on the album. The remaining four songs on Side A of Fade, and this is unquestionably a Side A/B affair, offer refined versions of the pop-styles YLT had begun to explore on Popular Songs, notably the Motown-string section enhanced AM Gold of “Is That Enough,” vintage organ skiffle of “Well You Better,” and on “Paddle Forward,” the type of fuzz-pedal indie-rock song that these guys could pull off unconscious, but with some extra thwack in the drums, a McEntire enhancement.

The light motorik pulse and whispered vocals of “Stupid Things” leads into somewhat more fraught waters of Fade’s Side B, a relatively quieter series of songs highlighted by two Georgia Hubley ballads and the underwater dub of “Two Trains.” The latter is amongst Yo La Tengo’s lushest productions to date, a contemplative ballad that morphs into a husband-wife duet, the lyrics “before the fall, before the flood” eerily taking on a meaning for which they were never intended in light of the damage Hurricane Sandy inflicted on their hometown. Soaring album bookend “Before We Run” allows John McEntire to show off his skill as a deft arranger of brass, and has usurped “Night Falls on Hoboken” as the best Yo La Tengo song to lure one off to a pleasant sleep, as much for Georgia Hubley’s calming vocals as the fact that it’s not eighteen minutes long, and less likely to induce odd drumming nightmares (trust me on this one).

There is absolutely no filler on this record. None. There’s no “Moonrock Mambo” or “Nothing But You and Me” to disrupt the flow; Fade was impeccably sequenced as a full album, and deserves to be experienced as such. And there was really no question as to whether Fade would be “good”; Yo La Tengo routinely takes three years between albums and their taste is too refined to place a mediocre product on the market. But whether it’s the result of getting some fresh opinions in the studio, or a particularly strong burst of inspiration, Fade is approaching a late career masterwork, their strongest top to bottom effort since their mid-‘90s peak. While I’m sincerely hoping that Fade is not the last Yo La Tengo studio album, it does seem to carry an air of finality about it, and would serve as an impressive career summation. But I can no longer imagine celebrating Hannukah without these guys—the Eight Crazy Nights would be considerably less so, the chicken pot pie at Maxwell’s entirely stripped of its grandeur.