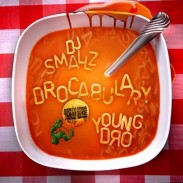 It’s astounding Young Dro didn’t arrive at this pun sooner. There are more capable wordsmiths, but few rappers seem to take as much joy in turning a phrase around as Dro does. And in a subgenre like mixtape rap, which often leans heavily on production flourishes and bravado, he stands apart from his peers. He’s still talking the same old shit—cars, jewelry, cars, cars, weed—but one won’t find imagery like “apricot diamonds” on a Yo Gotti track.

A major criticism in some circles of hood rap purveyors like Waka Flocka or OJ Da Juiceman is that they don’t care about lyrics. Which makes no sense (why would you be a rapper if you didn’t care what you were saying?), such logic attempting as it does to de-legitimize the music of blunt rappers who spit hardhead shit over trap-hop beats. Because smarter rap is better rap, just ask Black Thought devotees. The Waka Flockas of the world have their place, but the connotation of the “Waka Flocka doesn’t care about lyrics” argument has some validity.

It’s a matter of process, really: Waka Flocka gets a beat from somebody, scribbles some stuff down (or just comes up with stuff while standing in front of a mic, à la Weezy), records some ad-libs, throws it on a mixtape. He doesn’t parse through completed tracks on headphones and scrutinize them; he wants to crank out material that promulgates his worldview in no uncertain terms, and if a track knocks competently, he greenlights it. Whereas someone like Pusha T approaches his music with a writerly bent; it’s clear Neighborhood P sweats over his bars, crossing stuff out in red pen, finding ways to shoehorn in an internal rhyme or double-entendre here and there, attempting to deliver fully-formed stuff that has depth and nuance. The comparison breaks down a bit here because Pusha is one of the best rappers ever, and Waka Flocka is, depending on your perspective, a fool or a demi-savant. But the goals of the two rappers—who are both sort of emblematic of two disparate approaches—are so different that comparing their music is incredibly difficult.

Dro exists at the intersection of these two styles. He rarely speaks of Big Things, but he loves to talk about big things. Like yachts. Even on the contemplative “My Life,” he states that he has “Range Rover vision.” So, Drocabulary is both frivolous and focused, composed of boasts (just boasts) which sound sweat-drenched. We get Dro on haters (“Vanilla like a praline”) and cars (“Call the phantom Mrs. Prune Drop”) and not much else. Which is fine, because he’s great at rapping about rich guy minutiae, displaying his considerable arsenal of flows and comparing expensive stuff to fruit.

Dro’s music is rendered even more compelling because his tracks are infused with a gleeful enthusiasm. He always sounds incredibly pleased to make his living peddling bars. He gets to mine language in an attempt to create new fly talk. Being a rapper, to Dro, is the definition of a vocation.

Much of Drocabulary is constructed from the glossy, triumphant stuff over which Dro sounds best. “I Shined on ‘em” is slinky and loud, drums dribbling over one another while Dro stutter-steps through a couple verses. “My Life” is pure melodrama; the track’s synths kiss Dro’s forehead like the sun might kiss an azure lake in a tourism advertisement. It’s a testament to Dro’s magnetism that these beats don’t swallow or undermine him. He wraps his gruff, forceful flow around each, sometimes subverting them, sometimes slicing through their flesh and swimming through them. Along with ST 2 Lettaz and Rich Boy, he is perhaps the rapper most well-suited to rhyme over this variety of production panorama. He really needs to cut a tape with the Block Beataz.

So, Drocabulary is a lot of fun. It’s uncomplicated, maybe a little disposable, but I’m sure Dro will release something similar in the next four months. Until then, this is the latest release upon which he flips phrases around until they cohere into boasts vivid enough to describe the immaculateness of his front yard. Being rich probably becomes sort of boring after awhile, but for 50 minutes, Dro makes it seem like every morning he puts on a spacesuit, a chain, and goes into the world smiling.