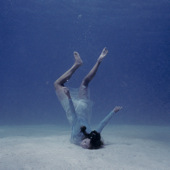 In the face of limited success, Young Galaxy opted for a reboot. Rather than continue to push at the more conventional dream pop that made up Young Galaxy (2007) and Invisible Republic (2009), the band gave its third album, Shapeshifting, over to Dan Lissvik, one half of Gothenburg-based Studio, for a substantive post-production makeover. Lissvik’s band has been almost entirely dormant since 2008; it’s released a handful of remixes for Arp, Bear in Heaven, and Steve Mason last year and nothing else, with both members focusing on solo work and production; in 2009, Lissvik reworked East of Eden for Taken By Trees, while Rasmus Hägg produced El Perro Del Mar’s Love is Not Pop.

Shapeshifting is a further stretch for Lissvik as producer, who was supposedly given a finished album and license to rework it as he saw fit. Unlike Taken By Trees, which is at its core just singer-songwriter Victoria Bergsman, Young Galaxy is (now) a three-piece consisting of guitar, bass, and keyboard with vocal duties split across multiple members. Thus it’s difficult to tell where the band ends and Lissvik’s work begins, or what of the band’s original arrangements, beyond vocals, actually survived this tear-down and rebuild. Regardless, the finished product caters well to Studio fans, though that band’s headier explorations are traded here for concise synth-pop to often-good effect.

Throughout, Stephen Ramsay and Catherine McCandless trade off vocal duties, and they serve to best differentiate these songs, which are controlled by restrained rhythms, cascading synthesizers, and never-showy but always propulsive guitar work. McCandless’s voice is the stronger of the two, and her performances make Ramsay’s fine turns sound narcotized by comparison, which creates a stark contrast between singers. This is clear from the first lines of “Blown Minded” and the chorus of “For Dear Life,” which convey a sense of drama and urgency from her voice alone, something absent from the Ramsay-led opener “The Angels are Surely Weeping.”

Later on, “Peripheral Visionaries” serves as the first moment in which both of the band’s singers are heard on the same track, and it pulls off a remarkable trick by making both singers sound utterly natural together. Lissvik’s gentle accompaniment stops its anthemic chorus—something that would have instantaneously killed my interest in this record had it been accompanied by soaring guitars—from coming across as contrived and infuriating. On “Phantoms,” a guitar lead that would’ve felt at home in any Studio song takes a star turn while McCandless is given spare percussion-and-bass accompaniment throughout the verses, and the trade-off highlights both parties’ talents and what works about this collaboration: it reigns in both the band’s sense of melodrama and the producer’s most expansive leanings. When this trick gets used again on “Phantoms,” which practically quotes the Knife’s breakthrough single “Heartbeats”’ steel drum arrangement and bass line, its quality enough to silence any cries of one party having ripped off another.

Across these songs, both band and producer cast themselves out of their comfort zones, and the material benefits from it. If something marks a major point of departure for everyone involved, however, it’s the relentlessly poppy “We Have Everything,” where McCandless drives propulsive disco far removed from Lissvik’s territory, a lower-key version of what M83 so thoroughly tore through in Saturdays = Youth‘s (2008) less ponderous moments. Penultimate track “B.S.E.” doesn’t recall Studio, but rather the Tough Alliance, as McCandless practically (and almost certainly inadvertently, given that the band finished its version of the album in early 2010) quotes Black Swan‘s transformation scenes atop a relatively sunny arrangement, one of the most bizarre listening experiences so far this year. When the album’s title track suddenly sounds like the swampiest moments of XTC’s Skylarking (1986), it doesn’t even sound like that much of a stretch, a testament to this collaboration’s success.

In the last several years, most of the musicians responsible for the sudden international explosion of very good Swedish music in the mid-2000s have been plagued by rumors of breakups (Studio, the Tough Alliance), promised followups never to materialize (Air France), moved from aping Lil Wayne to aping Lil Wayne’s career path from Rebirth onward (jj), or gone oh-so-silent, choosing world travel and touring as a response to heartbreak while slowly assembling a followup (Jens Lekman). It’s thus a relief to see something, anything, resembling a coherent full-length emerge from that group of musicians, and for it to be as good as Shapeshifting is. More than anything, though, this is a success for Young Galaxy, who prove themselves far more versatile and open than they ever did before, and, as such, are likely to win over a new whole new audience.