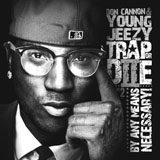 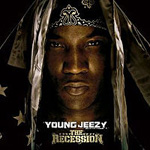 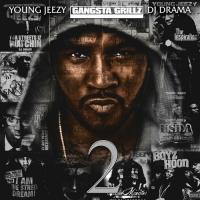 The Real is Back 2 Mixtape

Rappers never deliver albums on time. This is usually because they guarantee a release date for an album that has not yet been recorded. Spring of the following year seems like plenty of time to cut a record when you’re lazily fielding questions from some MTV.com reporter in between blunt hits, and those blunt hits help you momentarily forget that making a major label album isn’t (or at least shouldn’t be) like recording a mixtape over the course of two weeks. If you intend to have Rihanna do the hook on your second single, some scheduling needs to take place. There are also rappers who get trapped in label hell, which I won’t claim to understand. I don’t know if Pusha T told a Jive A&R to fuck off one too many times or if the powers that be couldn’t hear a hot radio single on an album (Hell Hath No Fury [2006]) that featured, like, the most ridiculous production I’ve ever heard. I’m just going to assume Jive only employs idiots.

Then there’s whatever Jeezy’s been experiencing over the past year or so. While his name has never been mentioned in Best Rapper Alive debates, and he has spent his entire career cultivating his trap-hop aesthetic to the exclusion of glossy club stuff or anything with a big pop hook, Jeezy has been a remarkably successful emcee over the past half-decade. His three solo releases on Def Jam—TM 101 (2005), The Inspiration (2006), and The Recession (2008)—have gone platinum, platinum, and gold, respectively. Somehow, Def Jam has delayed his forthcoming album, Thug Motivation 103, several times since its first speculative release date of Summer 2010. Which: why? Jeezy makes Jeezy Albums and the buying public loves Jeezy Albums. Trap or Die 2’s (2010) street single “Lose My Mind” was blasting out of every fifth car I walked past last summer. We wanted this album yesterday.

So, we’re still listening to Jeezy Mixtapes until September 20th. And I’ll only understand why if TM 103 is produced entirely by Rusko and features Taylor Swift (with Jeezy undoubtedly making a joke about how he “got that white girl”). As far as Jeezy Mixtapes go, The Real is Back 2 is definitely one. I mean this in a good way, but also in a way that that says this is the fifth tape Jeezy has released since The Recession (2008), and I’m ready to hear some Shawty Redd beats and maybe a Drake hook. The Snowman uses his most recent tape to trot out some new drug slang (“we cookin’ chickens, no flour”), allow Freddie Gibbs to play Pippen on a few tracks, and list all the cool stuff he’s bought since we last heard from him. Apparently, he has acquired a 200” plasma that takes up a whole wall, and a tankful of sharks in his living room. If I might offer a kernel of wisdom, Jeezy: those sharks, which were doubtless very expensive, will die if you feed them nothing but Rozay.

I was one of the most excited people in the room when Freddie Gibbs brought out Jeezy at the Bottom Lounge in Chicago some six months ago and announced he was signing to Jizzle’s CTE imprint, but the reality is that Gibbs has probably made the mistake of his career. While it’s clear Jeezy has an affection for the guy, he’s most likely destined to land guest spots on mixtapes such as this, sounding pretty good but not great, trying every six months to get an album released, but resolving to drop an underheard mixtape of his own instead. I look forward to hearing all the unreleased hot shit Gibbs recorded with Lex Luger and J.U.S.T.I.C.E. League in Fall of 2013, when Def Jam finally drops the Gary native after years of not knowing how to market him.

Oh, and highlight of the tape: Yo Gotti shows up and sounds inspired. He says he’s “ballin’ like Z-Bo,” then his verse disintegrates into a string of unintelligible NBA references. It’s mesmerizing. Jeezy would like the streets to know he loves them. Now release Thug Motivation 103 already.